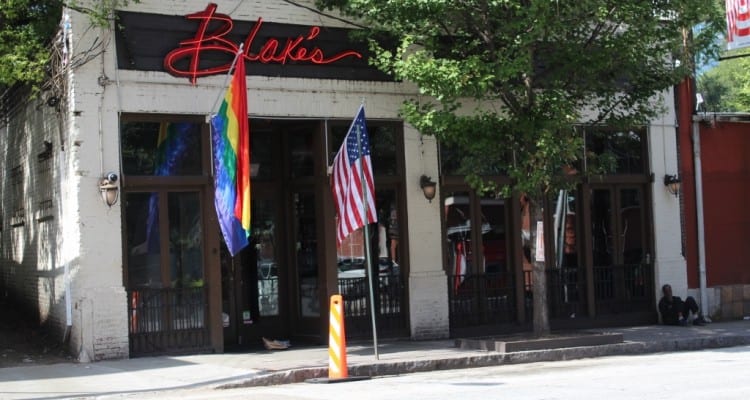 The Atlanta Police Department confirmed they are investigating a gay Atlanta man who tweeted that he would make two local gay bars “the next Orlando.” The incident follows the early Sunday morning shooting at Orlando LGBT nightclub Pulse that left 50 dead and 53 injured.

Brett Edgerton, going by the handle @BrettTEdgerton, tweeted the following: “TEN or Blake’s could be the next Orlando. You think I am the type to be the next ‘shooter’? Keep hating me then…”

Edgerton’s Twitter activity was shared on social media hundreds of times by people throughout Atlanta’s LGBT community on Tuesday, with many notifying Atlanta police as well.

The Atlanta Police Department, the FBI and Homeland Security took Edgerton in for questioning Tuesday afternoon from a Midtown condominium complex. APD public affairs director Elizabeth Espy tells Georgia Voice that Edgerton has not been charged with anything yet but that it is still an active investigation. 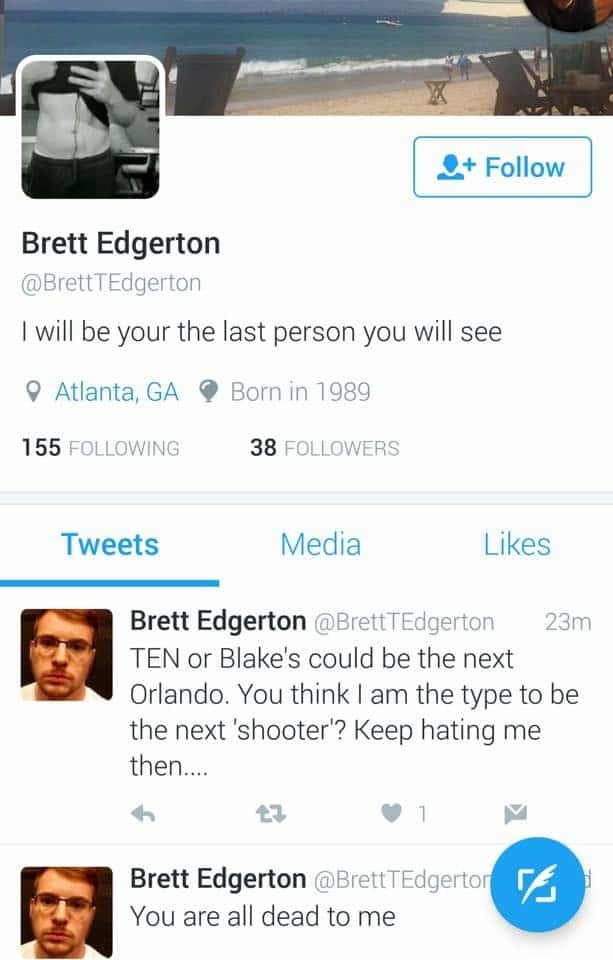