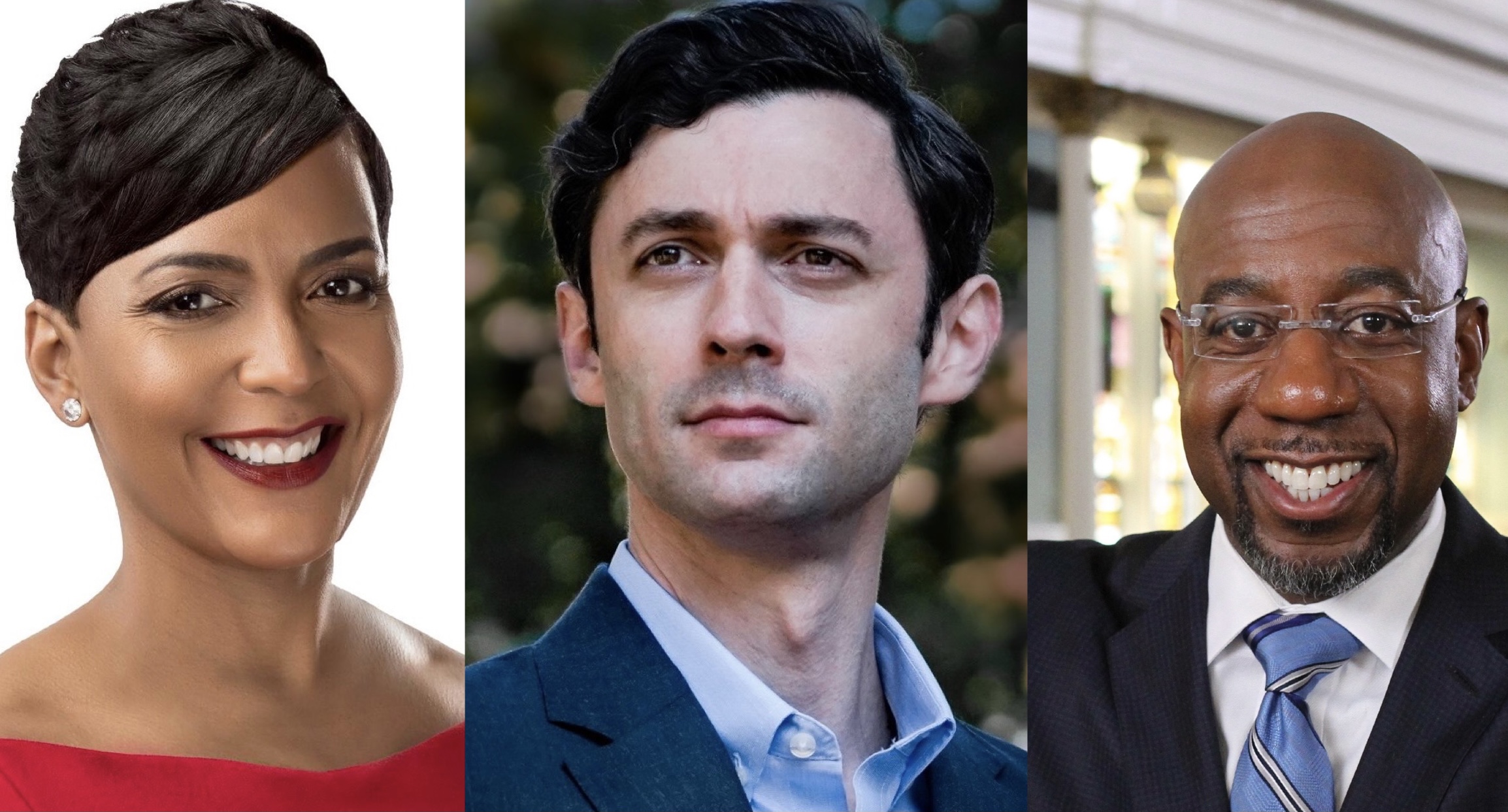 Both Democrats are staunch allies to the LGBTQ community. On each of their campaign websites, Ossoff and Warnock pledge to fight for and support the Equality Act. Ossoff further promises to defend marriage equality, oppose President Donald Trump’s transgender military ban, and strengthen anti-bullying programs for LGBTQ youth, while Warnock ensures he will work to expand access to PrEP and “other life-saving care for all communities.”

In contrast, their Republican opponents have solid anti-LGBTQ records. Loeffler introduced legislation back in September that would rewrite civil rights law Title IX to bar transgender students from participating in school sports aligning with their gender identity. Perdue has expressed opposition to same-sex marriage; after the Supreme Court decision to legalize same-sex marriage in 2015, he told the Atlanta Journal-Constitution, “Once again, we see a court that has overstepped its limited constitutional role rather than allow the American people to decide this issue.”

“Atlantans need Reverend Raphael Warnock and Jon Ossoff fighting for us in the U.S. Senate. From the pulpit of Ebenezer Baptist Church, Reverend Raphael Warnock has been a strong partner in the fight for justice and making affordable health care accessible to families across our state. Jon Ossoff has spent his career working to expose corruption and the abuse of power around the world, and today more than ever, we need his expertise to enact reform and make government work for the people,” Mayor Bottoms said in a released statement. “Together they are our future. As communities across Georgia navigate intersecting threats to public health, equal justice under the law, corruption and the influence of dark money in politics, and the future of our planet, this moment demands that we elect leaders like Warnock and Ossoff who will take on these challenges and build a better future for our children. I am proud to support their historic candidacies for the U.S. Senate.”

Mayor Bottoms’ endorsement adds to the wide support that Warnock and Ossoff have from state and national figures, including President Barack Obama, Leader Stacey Abrams, and the Georgia AFL-CIO.

“Mayor Bottoms’ strong leadership during this pandemic has saved lives and earned her the admiration of the nation,” said Ossoff of the endorsement. “In the Senate I will partner with Mayor Bottoms to defeat this virus by empowering medical experts and to rebuild our local economy with investments in infrastructure and support for small businesses.”

“Mayor Bottoms’ work to create a more affordable, resilient and equitable Atlanta has revitalized the city we both believe in and call home,” added Reverend Warnock. “I am honored to have earned her support and look forward to carrying the twin legacies of positive evolution and inclusion embodied by King’s city forward representing all Georgians in the U.S. Senate.”

To learn more about Ossoff and Warnock, visit their campaign websites at electjon.com and warnockforgeorgia.com.