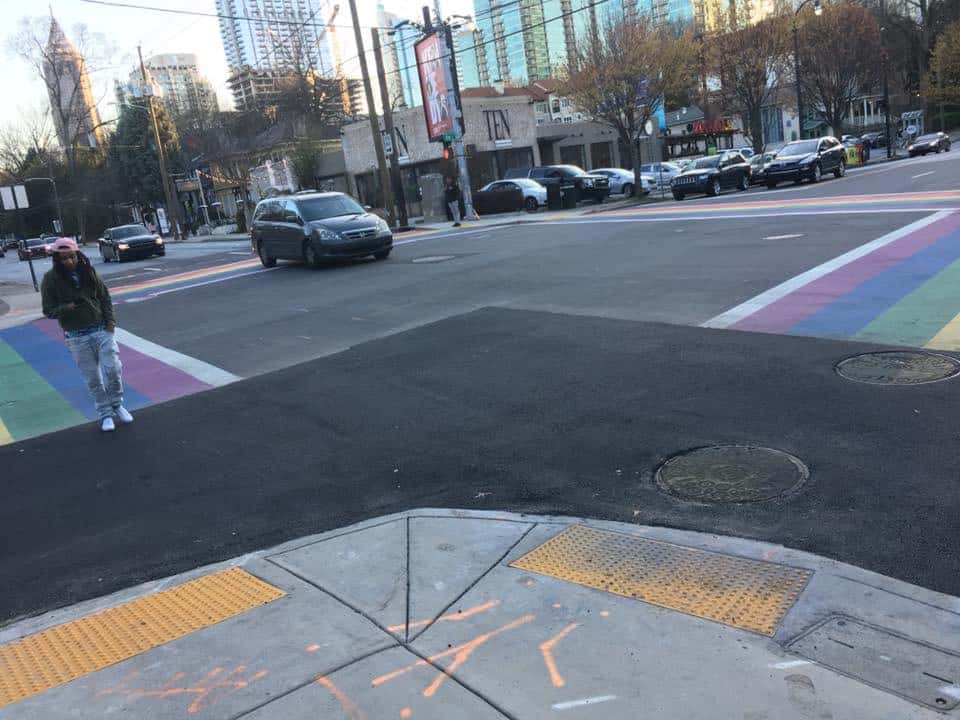 LGBTQ Atlanta always has its eyes peeled for if something happens to the rainbow crosswalks at the intersection of 10th Street and Piedmont Avenue, and Tuesday was one of those times. Folks on social media noticed the northwest corner of the crosswalks (by Flying Biscuit) had been paved over.

The city’s Department of Public Works told Georgia Voice through a city spokesperson that resurfacing was done Tuesday and that restoration will be done in 30 to 45 days. So hang tight, they’ll be back to normal in due time.

The $196,000 project was completed last July, and city officials said at the time that the life expectancy of the crosswalks is 10 years.