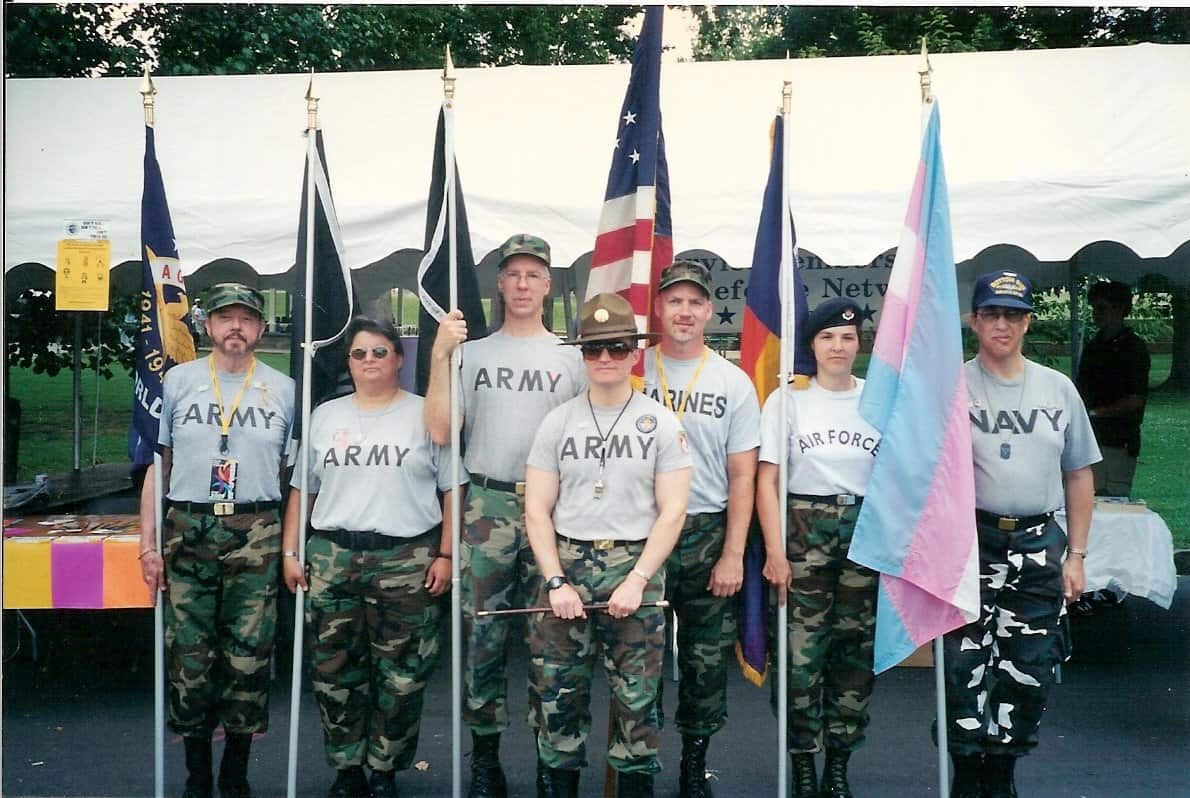 Sept. 20, 2011 marked the end of Don’t Ask, Don’t Tell and the beginning of lesbian, gay and bisexual U.S. armed forces service members being allowed to serve openly for the first time. While that was a momentous occasion for the LGB community, it left out, as often happens, the T.

But hope emerged in February 2015 when, just days after assuming office, Secretary of Defense Ashton Carter said the following at a town hall meeting with soldiers in Afghanistan: “I’m very open-minded about [it] provided they can do what we need them to do for us. That’s the important criteria. Are they going to be excellent service members? And I don’t think anything but their suitability for service should preclude them.” The White House issued their support for Carter’s statement, and he created a working group to study how to integrate transgender people into the services.

That August, USA Today unearthed a memo circulated among top military personnel that said the ban would end on May 27, 2016. But earlier this month, as transgender service members (and veterans who had been kicked out) counted down to the end of the ban, the Washington Post reported that disagreements remained in the Defense Department about how to move forward with the ban and that it would not end as scheduled.

A dress and a reprimand

It was the late 1990s and Kay Furlong was flying high. As a captain in the Air Force at Scott Air Force Base just outside of St. Louis, she was just two layers below a three-star general and was in charge of nearly 100 lieutenant colonels, majors and others.

But there was one problem: Kay wasn’t known as Kay yet. She still identified as a man, although she says she knew she was “different.” The Air Force found out her secret thanks to a nosy neighbor who saw her out in a dress and reported her. She got called into her commander’s office and got a letter of reprimand on file for her actions.

“My commander had said, “okay well if you agree to see the psychiatrist and agree to never dress like this again and agree that you’ll be straight and adhere to all the military standards, if you’re clean for two years I’ll pull this reprimand out of your file,” Furlong told Georgia Voice. “So I went ahead and did all that stuff. I was being myself at home but I just tried to be careful if I went out with any friends or anything like that.”

She kept her head down and tried to stay focused on her duties, but alarm bells went off when she was up for advancement and she failed to get the endorsement of the three-star general.

“I was doing a lot of high level, heavy duty stuff and just was not getting any kind of credit because I had already tarnished myself,” she said. “So I could see where that was going.”

She was seven years into her military career and beginning to take the long view. Did she want to put in another 10 years of her life and go for early retirement? That meant another decade of traveling all over the globe, moving every two or three years, not having anything saved up and just crossing her fingers she wouldn’t get kicked out.

“You give up your life for your country, you don’t get a family, you don’t settle down. So I had all that weighing on my mind,” Furlong said. “I just knew I was going to be discriminated against for the rest of my career. I didn’t stand a chance of ever getting promoted or stand a chance of retiring, so I said okay, I’ll cut my losses, take my honorable discharge and go find a civilian job somewhere close to home.”

So she called it quits and moved home to Augusta, Georgia to take care of her father after her mother passed away. And another valuable member of the U.S. military was lost to the ban on transgender troops. She later came out, got to starting that family and now lives with her wife and kids in Newnan.

End to the ban forthcoming?

Furlong’s story is one all too common to Atlanta transgender activist Monica Helms, who in 2003 founded the Transgender American Veterans Association (TAVA). Helms, who served on two submarines for the U.S. Navy from 1970 to 1978, also created the transgender flag. She left TAVA in 2013 but still advocates for transgender service members and veterans like her.

“Gender non-conforming people have been serving our country since the Revolutionary War, many with distinction,” Helms told Georgia Voice. “[If] at least 15 other ally countries have lifted the ban with no issues, then so can we, just like it was when we lifted the ban on LGB people. A trans woman even served on the same rescue team as Prince William and was at his wedding. There are between 12,000 and 15,000 trans people serving today. It’s time to allow them to come out of the closet.”

Defense Secretary Carter reportedly still remains committed to ending the ban and his office has said it would likely take “months, but not large numbers of months” to finalize details. Meanwhile, an eager segment of the military awaits.

15,500
Transgender individuals who are currently on active duty or in the Guard or Reserve forces

150,000
Transgender individuals who have served, or currently serve, in the U.S. armed forces

1.6
Times more likely that transgender women will serve than all adult men

*Figures per a 2014 Williams Institute report on transgender military service in the U.S.