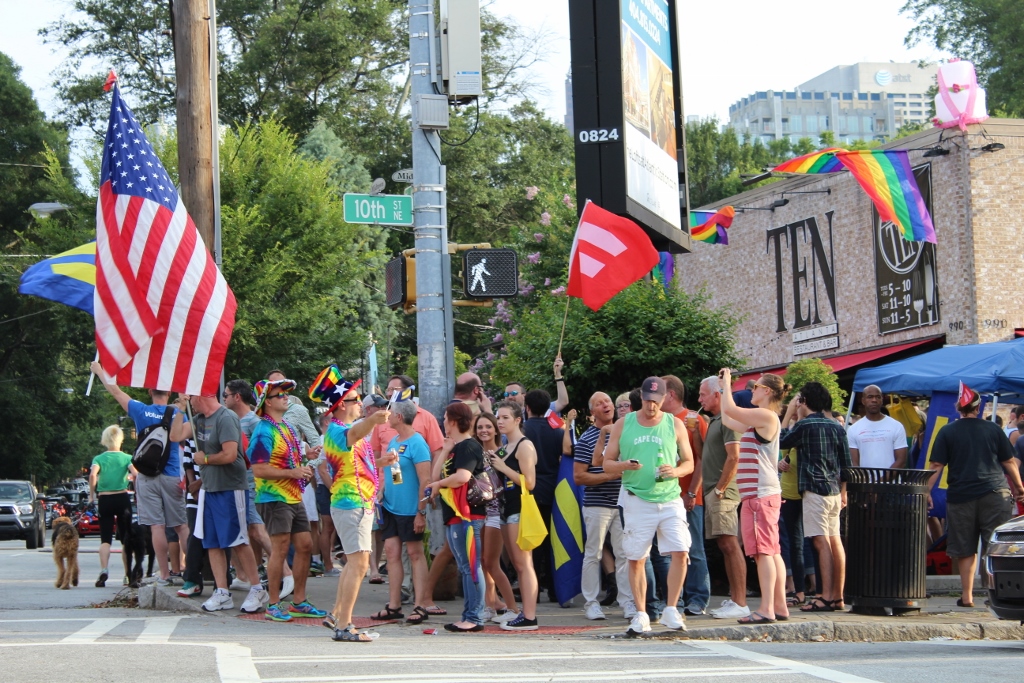 When the U.S. Supreme Court declared that marriage equality was the law of the land on June 26, you could guarantee one thing—the intersection of 10th and Piedmont in Midtown Atlanta was going to be jumping.

The city’s LGBT community didn’t disappoint, with revelers beginning to descend on the intersection soon after the announcement. By late that afternoon it had turned into a full-on block party, with TEN Atlanta setting up outdoor bars and a DJ spinning tunes for the crowd.

Passing cars honked their horns in support of the decision as the crowds cheered them on, and many in the throng waived rainbow, American and equality flags as they paraded from one corner to the next as the lights changed.

It was a peaceful gathering as well, with Atlanta police confirming with Georgia Voice that there were no arrests made in the area around the intersection between 10 a.m. on June 26 (when the Supreme Court made the announcement) and 4 a.m. the following morning (an hour after the bars closed).

Check out video and a photo gallery of the big day below, and don’t miss our wrap-up, videos and photos of the rally at the National Center for Civil and Human Rights.