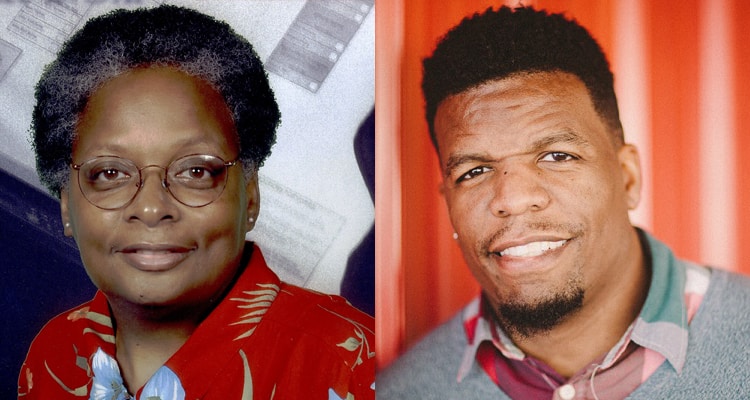 Now that The LGBT Institute at the National Center for Civil and Human Rights has opened and debuted an Atlanta LGBT history exhibit, it has lined up programming for the fall that will explore the organization’s core areas of emphasis: education and employment, public health and wellness and criminal justice and safety.

First up is The Global-Local Connection For LGBT Rights, a panel discussion and community conversation on LGBT rights in the South and around the world taking place on November 2 at the Center. The event is the result of a partnership between The LGBT Institute and American Jewish World Service, the fourth-largest U.S.-based funder of international LGBT work.

The panel will include Mandy Carter, co-founder of Southerners On New Ground (SONG) and the National Black Justice Coalition (NBJC), and Ruth Messinger, president and CEO of American Jewish World Service. Carter will provide a regional and national perspective while Messinger will provide a global perspective. As for the local perspective, organizers are calling on community members to provide that by taking an active part of the discussion.

“This is our first introduction of the three areas that the LGBT Institute wants to focus on in the coming years, and it’s the first time that the public has the opportunity to join one of the stakeholder groups that focus on those three areas,” says Ryan Roemerman, interim executive director of The LGBT Institute.

It will be Carter’s first visit to the Center, and she plans to address one issue in particular: passage of the Employment Non-Discrimination Act.

“To me in terms of our LGBT movement, there’s more on our agenda than getting married. Now we can have that conversation in a fuller kind of way,” she says. “Now that we can legally get married, it goes like this. Married on a Sunday, lose my job on a Monday. That’s critical.”

Carter cites women’s health issues as another issue of importance, as well as intersectionality.

“What I find interesting as someone who’s a woman, someone who is African-American, and someone who is a lesbian is how many of us wake up every day in those intersections,” she says. “So when you think about education, jobs, health, especially criminal and societal justice, each part of me relates to that in one way or another.”

‘No promo homo’ laws among topics at LGBT education summit

The majority of Teach For America’s [TFA] upcoming Deep South LGBTQ Education Summit will occur at Georgia State University, with workshops, panel discussions, a job fair and more taking place there the evening of November 21 and all day November 22.

But first up, the LGBT Institute is partnering with Teach For America’s LGBTQ Community Initiative to host the event’s registration at the National Center for Civil and Human Rights. The day will also include a panel discussion moderated by Christian Zsilavetz from Pride School Atlanta, as well as tours of the Center.

“[TFA] really wanted to ground their work in the civil rights movement and that’s what’s happened, so it’s a great way to spur discussion,” Roemerman says.

The summit is one of four regional education summits across the country, and the largest of any of them, according to Tim’m West, senior managing director of TFA’s LGBTQ Community Initiative and a member of the LGBT Institute’s programming board.

“A lot of the social justice activism that’s happening around LGBT communities is happening in the South because I think the laws are a lot more oppressive,” West says. “People are more energized and mobilized to do things [in the South] than people in the Northeast and on the West Coast.”

There are a number of topics that will be covered at the summit, including “no promo homo” laws, or laws that forbid teachers to discuss LGBT issues in a positive way (or at all) in the classroom.

“There are historical figures, there are various conversations that LGBTQ people made, and if I can’t say that Bayard Rustin was a gay man that led the [1963 March On Washington] when I’m talking about civil rights, then I’m not giving my students a proper education, and I’m certainly not in a position to affirm those students who themselves identify as gay,” West says.

“If I don’t go to school but every other day because I’m afraid of being taunted or bullied or picked on, then I can’t pass my classes, and that’s going to impact the outcomes that I have as someone who doesn’t have a high school diploma, and therefore the other options are limiting,” says West.

The Global-Local Connection For LGBT Rights
Monday, Nov. 2, 2015 from 6:30 to 9:30 p.m.
National Center for Civil and Human Rights
Tickets: $10
www.lgbtinstitute.org