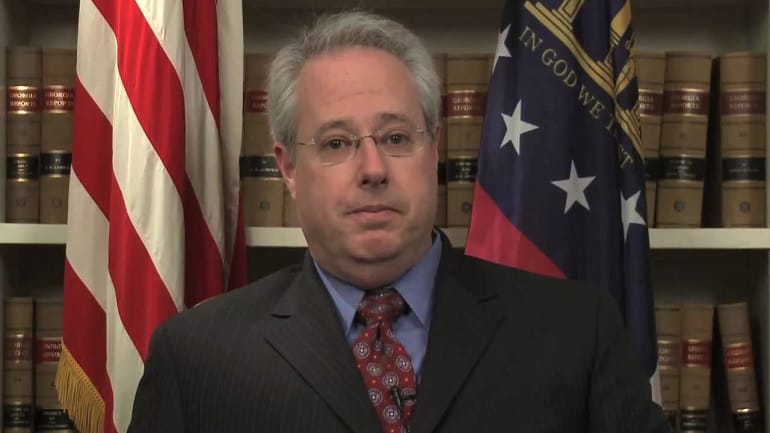 CORRECTION: It was originally reported that U.S. Judge William Duffey granted the motion to stay. That is incorrect. The GA Voice regrets the error.

Georgia Attorney Sam Olens filed a motion Tuesday have the lawsuit seeking to strike down the state’s same-sex marriage ban delayed until after the U.S. Supreme Court rules.

“The Supreme Court’s decision on the stated issues will most certainly guide the future path of the case at bar. As a result, Defendants ask the Court to stay proceedings in this Court until the Supreme Court rules on these pending cases,” Olens wrote in the brief.

Lambda Legal, representing the plaintiffs in the case, explained what could happen to Georgia’s case after the U.S. Supreme Court recently agreed to take up marriage cases this year.

On Jan. 9, U.S. District Judge William Duffey denied the state’s request to dismiss Lambda Legal’s case, stating in court documents that the argument Olens presented that marriage is only for procreation is not a valid reason to stop the case from moving forward.

The Supreme Court will take up six same-sex marriage cases, coming out of Kentucky, Michigan, Ohio and Tennessee. That means a decision could come down at the end of the term in late June, and if it goes the way the majority of lower court decisions have, same-sex marriage would be legal across the country.

But it’s not a guarantee that the court decides the issue during this term, says Lambda Legal senior attorney Tara Borelli.

Briefing has to be completed by April 17, and there are six argument dates that are open during the remainder of the term in which the justices could—or couldn’t—slot in arguments in the same-sex marriage cases. If they didn’t, the wait for a national decision would continue, and the issue would be decided in the next term.