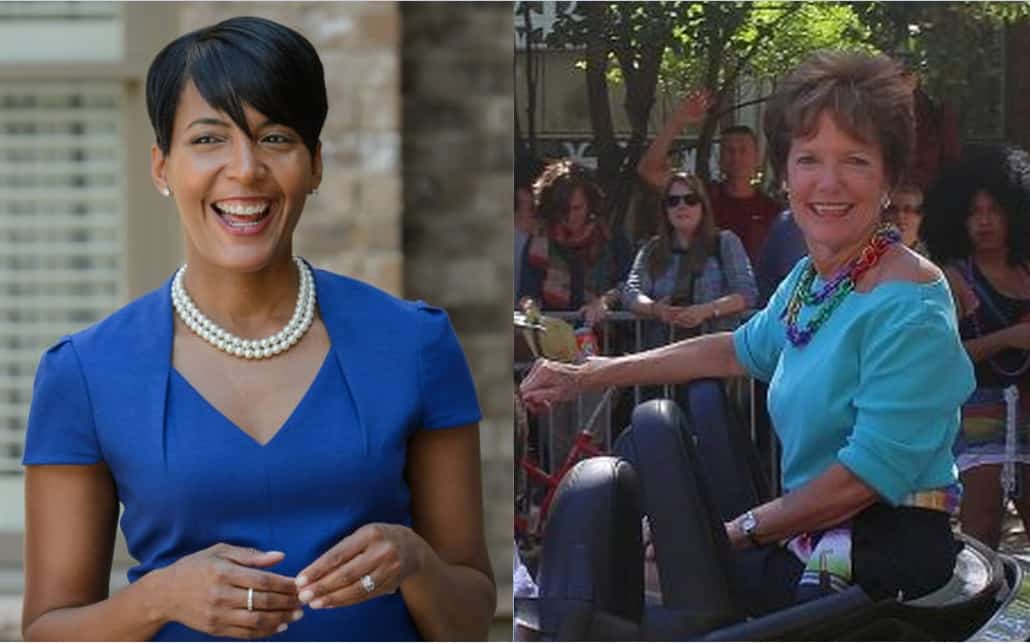 It’s Bottoms, Norwood in a runoff for Atlanta mayor

Get set for another month of campaign ads and mailers. Keisha Lance Bottoms and Mary Norwood were the top two vote-getters in Tuesday’s Atlanta mayoral race and will face each other in a runoff on Dec. 5. Bottoms came in first with 26 percent of the vote followed by Norwood at 21 percent.

Norwood came in first in the 2009 mayoral race and went to a runoff against Kasim Reed, ultimately losing by about 700 votes. Reed is backing Bottoms in the 2017 race.

In the final month of the election, a common message could be heard from lesbian former City Council President Cathy Woolard — don’t count me out, I’m doing better than the polls say. Those polls consistently had her in the middle of a pack in the second and sometimes third tier of candidates, often in single digits. She ended up being right, garnering a good bit higher percentage of the vote than polling suggested she would, but falling short and trailing Bottoms and Norwood in third at 17 percent.

Peter Aman, Vincent Fort and Ceasar Mitchell followed in the next tier, all getting about 10 percent of the vote, and Kwanza Hall and John Eaves behind them at four and one percent respectively. Openly gay candidate Laban King came in last in the field of 12, getting zero votes.

UPDATE 12:07 p.m.: Cathy Woolard released a statement in reaction to the results, which is as follows.

“We finished strong. We were able to knock on tens of thousands of doors, make many more thousands of phone calls, be present at more forums than should legally be permitted during an election, and connect with more Atlantans than many outside our team thought possible. I was able to keep a contest that could easily have become about a number of different things centered on what really matters—how we can make sure Atlanta capitalizes on its promise.

Atlanta can have affordable housing at every income level, Atlanta can have a world-class transit system, and this city can be a Southern beacon of hope, equality, and good governance at a time when our nation so desperately needs to be reminded of the excellence it’s capable of achieving. I believed these things when I ran for city council president, I believed them when I decided to run for mayor, and I’ll continue to believe them well into the future.

I can say with confidence that our ideas won, and you can bet our next mayor will be borrowing from our blueprints.”