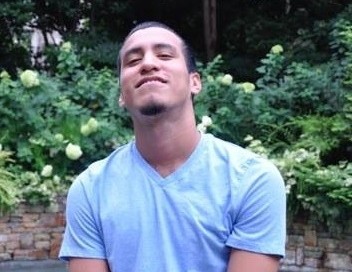 BREAKING: Arrest made in Midtown Atlanta attack on gay couple

An Atlanta man was arrested Thursday in the violent attack on a Midtown couple that caused one man to be thrown into oncoming traffic on Juniper Street last March.

Atlanta police arrested Diego Ernesto Ramirez, 23, for “Battery Substantial Physical Harm” today as first reported by Project Q Atlanta. Ramirez has a prior arrest for battery from May 2013. The arrest follows a month-long GA Voice investigation into the Atlanta Police Department’s handling of hate crimes committed against the LGBT community.

The incident occurred March 7 when the couple walked up to the intersection of 11th Street and Juniper Street right in front of LGBT favorite restaurant Joe’s On Juniper. The suspect jumped out of a car and called the the couple, who were holding hands, “faggots”  then punched one of the men in the back of the head and pushed him into oncoming traffic. A car swerved into another lane and avoided the victim, who was able to avoid major injuries.

The incident was caught on Midtown Blue security cameras and the victims recorded cell phone video of the suspect, the driver of the car and the license plate.

The GA Voice first reported on the incident in a Dec. 10 story after reviewing police reports of the 12 hate crimes committed against the LGBT community in 2014. At the time, only one of the 12 crimes had been solved, and the LGBT liaison unit was notified in only half the incidents, a violation of Standard Operating Procedure of the Atlanta Police Department. APD spokespeople said they were updating their SOP to assure that the LGBT liaison unit is notified immediately in all such cases.

More details, including the release of video footage of the incident and the suspect as well as comments from the victim’s partner, who was present at the time and pulled his partner out of the street and got between him and the suspect, were included in a Dec. 30 story. The victim’s partner, who later decided to forgo anonymity and was identified as Bryan Long, executive director of progressive political advocacy organization Better Georgia, had harsh words for the APD’s handling of the case, and has not had his concerns alleviated following today’s arrest. The victim has chosen to remain anonymous.

A review of Ramirez’s Facebook page shows a photo dated March 2, 2014 which appears to be of him in the hospital for shoulder surgery. The incident occurred just days later, and cell phone video footage shows the suspect wearing what appears to be the same hat and shirt from the photo, and his arm is in a sling.

Long told the GA Voice shortly after today’s arrest that he and his partner were brought into Atlanta police headquarters last Friday night for a photo lineup, following a tip from someone who claimed to know the identity of the suspect and contacted Crime Stoppers following media coverage of the incident. Crime Stoppers set a $2,000 reward for information leading to the arrest of the suspect.

The two positively identified the suspect and were told by the APD that police went to his home but he wasn’t there. Long says it wasn’t until today that he heard rumblings about the arrest “through friends in [his] network.”

“I have not heard from the police yet despite me calling them every day this week and their response being that I would be the first call,” he says.

He also says the tipster claimed that the driver and passenger had “an on and off relationship for awhile and it’s filled with violence,” and that he hopes the driver is brought to justice as well.

“There were two people involved in this attack, not just one,” he says. “And the driver of the car lied to the police initially saying he didn’t know the passenger. Now we know that that’s not true. So I’m looking forward to hearing more about this and their relationship as we move forward.”

Long did not mince words when grading the Atlanta police’s handling of the case.

Long says he’s not just worried about him and his partner but others in the LGBT community who have found themselves in a similar predicament.

“I’m concerned about the gay community in Atlanta and I believe that there’s a lot of talk from the police department that they’re focused on these types of crimes but it’s difficult to see the action when the only two resolved cases of hate crimes from last year received a great deal of media attention,” he says. “I’m worried about the cases that haven’t been solved and didn’t get the media attention. If the standard now is that you have to get the gay media in Atlanta to write about your crime for it to be solved, then that’s the wrong standard and that needs to be changed.”

The GA Voice contacted the Atlanta Police Department for comment on the arrest but have yet to hear back.