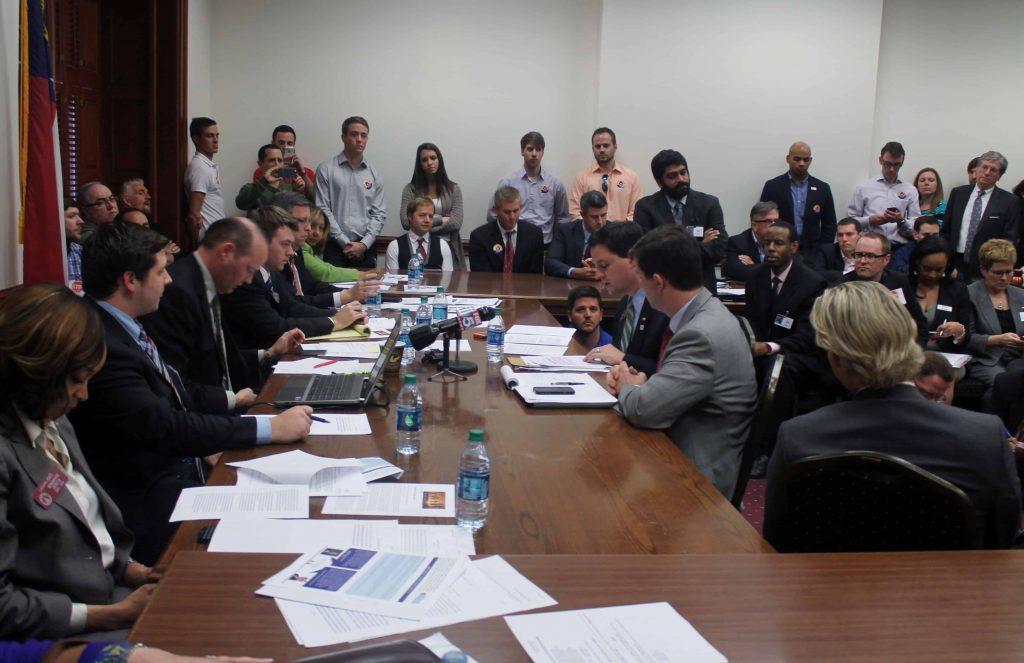 State Sen. Josh McKoon, who introduced the anti-gay “religious freedom” bill earlier this session, tried to revive it on the final day of the legislative session by adding it as an amendment to House bills dealing with unemployment, but finally decided to withdraw it this evening due to opposition from the business community, he said. He promises to bring the bill back in 2015.

The language was part of SB 377, a bill he was the lead sponsor on that he introduced earlier in the session. The bill died before Crossover Day.

McKoon’s language was attached today, the final day of the session, to both HB 714 and HB 1027, but McKoon withdrew it from 714 and tells GA Voice that while the language is still part of 1027, it’s “unlikely to be called up unless HB 714 fails as it contains much of the language of HB 1027.”

Sen. McKoon, a Republican from Columbus, went on to explain his reasoning for dropping the amendment in a Twitter exchange:

Specifically, McKoon cited a letter dated March 20 from the Metro Atlanta Chamber placed on the desks of all the senators stating its opposition to the bill.

The letter states in part: “[We] urge the Georgia General Assembly to postpone consideration of new religious freedom measures — through amendment, conference committee reports, substitutes or other mechanisms — until after the conclusion to this legislative session. With one legislative day remaining, the committee process complete, and a large volume of issues competing for your attention, pragmatic public policy is unlikely to result from moving forward today.”

The letter, signed by the Metro Chamber’s President and CEO Hala Moddelmog, also states discussions about the proposed bill can take place over the summer to decide “how best to both preserve religious freedom and the vibrant business climate that Georgia families rely on.”

Intercontinental Hospitality Group and several Atlanta-based companies including Coca-Cola and Delta Air Lines denounced the proposed legislation, saying it would hurt its ability to be diverse in serving and hiring LGBT people.

Sen. Josh McKoon is joined by Sen. Mike Crane and Sen. Judson Hill in offering the amendment to HB 1027. You can take a look at the language of the amendment here.

Rep. Karla Drenner says she hadn’t heard anything about HB 1027 making it through and didn’t get the impression from the rules committee chairman that they would take it up.

She also said she spoke to Rep. Sam Teasley (R-Marietta), the lead sponsor of HB 1023 which did not make it through Crossover Day.

“I said, ‘Sam, I thought we would wait until next year and not try to sneak it through on the 40th day,’ and he agreed,” Rep. Drenner said. “It could change, but my information from what I know on my side is I don’t believe it will pass.”

Michael Smith,  spokesperson for the Democratic Party of Georgia,  strongly denounced the amendments, saying, “It’s bad for civil rights, it’s bad for business, it’s just bad all the way around—and embarrassing We don’t need another embarrassment. Georgia has had enough of those over the last couple of years. That’s exactly what this will do,” he said.

To view a live feed of the House and Senate sessions, go here.