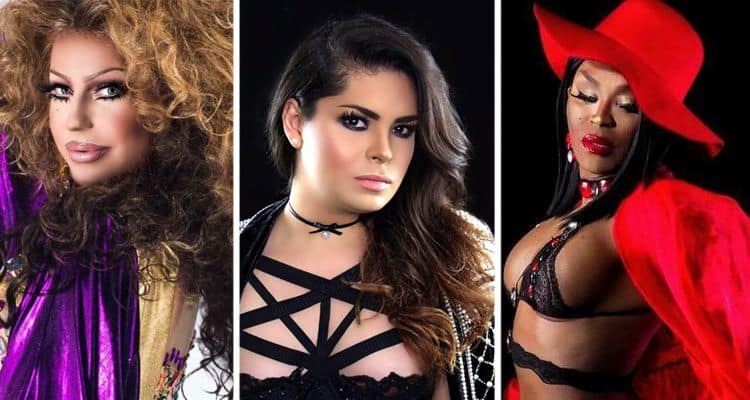 The entertainers who perform drag shows at Burkhart’s resigned Thursday night, days after the owner’s racist Facebook posts came to light. The controversy has spilled over onto national headlines as the owner continues to refuse to talk and the bar’s Facebook page has disappeared.

Phoenix, the entertainment director at the popular Midtown bar, told Georgia Voice she organized the Thursday meeting that eventually led to the group resignation.

“I hit everyone up because I had been very unclear of what actions I wanted to take. For me, this had been something that had already been rolling in my head … wanting to move on,” she said. “For me, I wasn’t in this just financially. I handpicked every single one of the girls who worked there and have a personal connection to each of them. I was concerned about every single one of my girls. I wanted to make sure they were on the same page.”

Phoenix also said she’s talking with the owner of TEN about moving some shows over there.

She also spoke about the difficult decision on Facebook on Thursday night.

There comes a moment when things come to a head and you have to say when enough is enough.

As most know there’s been some current uprising, due to comments that the owner made on social media. With this there’s also been a lack of acknowledgement from owners/ management. Through out this ordeal, Myself, along with several girls have been attacked personally and dragged in the middle of this.

For me personally, and not going in to detail and trying to be as professional as possible, ive dealt with LOTS over these years, but I’ve stuck it out for many reasons… People dont understand, Im not only financially in this but also emotionally and creatively invested. So this next part is difficult for me

It pains me and also terrifies me to say, that Ive officially turned in my resignation, beginning now. Also, as a whole, all entertainers that are under my direction have turned in their resignation.

A number of other entertainers, including Shavonna Brooks, Destiny Brooks and Alissah Brooks, all posted about the resignation on Facebook as well.

“At the end of the day we can only do what we feel is ethical, and our thoughts go to those still employed by Burkhart’s who are suffering because of the owners,” Bidet said.

“No matter how you did the equation, the money still went to Palmer and Mary. Their lack of interest in resolving the situation was too disturbing for any of us to look beyond that, no matter the cost or how it could affect our livelihood,” Bidet added.

Tossed Salad is moving to My Sister’s Room with the first show on Sunday, January 28, at 10 p.m.

“MSR welcomed us with open arms and has been vocal about their position to help those of us in the community affected by this devastating news. The show will now start at 10, just to give everyone more time to dance, if anything else. We are incredibly grateful for this new home and look forward to more amazing Sunday nights at My Sister’s Room,” Bidet said.

And The Armorettes announced that this Sunday’s show is cancelled. It is unclear if they plan on continuing to perform at the bar beyond that.

A series of Burkhart’s owner Palmer Marsh’s Facebook posts from 2015 began circulating on social media on Jan. 19, and Wussy published a story that evening including the posts.

Burkhart’s GM Don Hunnewell issued a statement to Georgia Voice sticking up for the bar’s employees, talking about his intentions to leave his position and offering to pass along any offers to purchase the bar.

As general manager, my first obligation is to maintain and care for the hard-working staff who have dedicated many years to serving a huge loyal customer base that have become very close to the staff from years of pouring not just drinks, but pouring from theirs hearts.

The awesome staff I have the privilege to lead each day deserve so much better. It’s because of this dedicated staff that I too must soldier on today.

I have an immediate obligation to those dedicated souls and once their lives are stabilized I will seek new opportunities. In the meantime, I will maintain the daily operations and will happily deliver any and all purchase offers. Palmer and Mary Marsh have been retired since I arrived as GM and have had no active participation in the operations. I am honored to have such a high level of complete trust, but this is not what I signed up for.

Meeting organizer James Brian Yancey posted on Facebook on Friday that the entertainers have formed a group called Queens United “that will represent the ideas of promoting inclusivity and address injustice in the ATL LGBTQ community.”

Yancey said that after a brief summary of what has occurred in the past week, attendees will be divided into three separate working sessions to talk about the next steps for Queens United, saving Atlanta’s LGBT venues and what community action should take place — if any — to protest the bar’s owners.

Alissah Brooks, who performed at the bar on Fridays and is part of Queens United, told Georgia Voice, “This isn’t so much about racism. It’s more about the girls who have worked here and not only putting up with [racism] but what we’re paid and how we’re treated, the lack of respect. We all knew the racism was there and alive and well, but at that moment we had just had enough and came to the conclusion that we are more powerful united than alone.”

Phoenix echoed Brooks’ comments, saying, “I feel like so many people look at queens as puppets. We dance a little bit, make people smile, they tip us a dollar and move on. They don’t take things that we do serious; they don’t take our feelings or actions serious. But it’s funny, we’re always the first ones they come to when they need money raised or need a face. Queens have always been the forefront of so many different actions in our history and I don’t understand why the lack of respect isn’t there.”