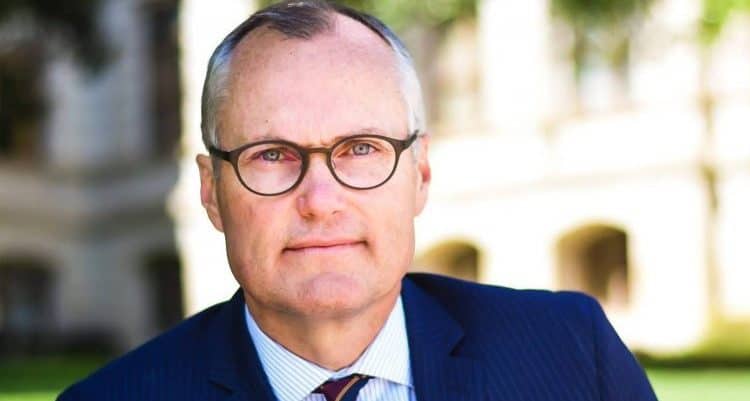 Lt. Gov. Casey Cagle signed a pledge to enact a “religious freedom” measure if elected, joining his three rivals in the GOP primary race for Georgia governor who already signaled support for the pledge. That means that if a Republican takes the race next November and an anti-LGBT “religious freedom” bill hits their desk as governor, they promise to sign it – unlike Gov. Nathan Deal, who vetoed such a measure in 2016.

Cagle’s decision is a surprise given previous statements on the measure and the party’s attempt to give him political cover by adopting a resolution on August 5 that “supported the controversial measure without including a pledge” for candidates to back it.

But a few days later, a conservative group called the Georgia Republican Assembly ratcheted up the pressure on Cagle by saying the state party’s move was “unacceptable both to Republican voters and to voters at large,” according to the AJC.

With Cagle’s rivals, Secretary of State Brian Kemp and state Sens. Michael Williams and Hunter Hill, already vowing to sign it, the lieutenant governor appeared boxed in on the contentious issue. But now he’s signed the pledge, tacking right.

The AJC has some background on Cagle’s past positions and his campaign’s reaction to questions about this latest one:

Cagle enthusiastically supported [“religious freedom” legislation] last year, warning that a “silent majority” opposed Deal’s veto. But he took a different tack earlier this year as he prepared to run for higher office. He said it should be left to Congress, and not state legislators, and in his role as the top official in the state Senate he did not make it a priority during this year’s legislative session.

Asked to elaborate on his stance, the lieutenant governor said in a statement that he will not “stand for discrimination against people of faith, or anyone of that matter.” Prodded on his policy shift, Cagle campaign manager Scott Binkley said he has “consistently supported protections for religious freedom.”

“He believes we need a uniform national standard from the federal government — and that may still come from Congress or from an upcoming Supreme Court decision,” Binkley said. “But in the meantime, Georgia can take action on the state level.”

Former Georgia House Minority Leader Stacey Abrams, a Democratic candidate for governor, pounced on the GOP candidates’ pledge in a series of tweets Friday morning. She called the legislation “discrimination under the guise of religion,” warned of the economic impact and pledged “to stand as a constant ally to LGBTQ community & reject false narrative that my religious liberty requires their oppression.”

Deeply disappointed we continue to have state leaders push discrimination under the guise of religion. 1/ https://t.co/Zvym9Qkd2c

The cautionary tale of North Carolina is unnecessary, given our own near miss of economic collapse just 2 yrs ago. 2/

GA film industry has $9.5b impact. Chambers of Commerce have warned of harm from these bills that protect no one & harm LGBTQ* families. 3/

My pledge? To stand as a constant ally to LGBTQ* community & reject false narrative that my religious liberty requires their oppression. 4/

To continue the fight I led as Minority Leader to quash bigotry & feigned harm in favor of defending the civil rights of all Georgians. 5/

And advocate for expansion of civil and human rights & protection of liberty rather than swear allegiance to discrimination to win election.

No word yet from her rival, Democratic state Rep. Stacey Evans, but we will update the story as reactions come in.

12:12 p.m. UPDATE: Georgia Equality Executive Director Jeff Graham weighed in on the news, calling Cagle’s move “very disappointing,” saying it is “very unfortunate that this pledge even exists” and telling Georgia Voice, “It’s not a big surprise but it is a big disappointment that Casey Cagle signed onto this pledge, and it appears that should he be elected governor next year – or any of the other current Republican candidates – that we will continue to have several more years of fighting this legislation in Georgia. I think now is the time for us to actually look at not picking winners and losers when it comes to civil rights but finding ways to address the concerns of all people who are concerned about discrimination here in Georgia and that would require us to look at passing comprehensive and inclusive nondiscrimination laws.”

“The Georgia GOP is moving further and further to the right, and Cagle, Kemp and crew are following right along. That’s not how leaders lead, and this should serve as a cautionary tale ahead of 2018 of the Republicans’ weak constitution and willingness to cave in when politically expedient. Regardless of what these Republicans believe, the governor of Georgia is the governor of all Georgians. This measure is bad for business — just ask Indiana and North Carolina. But most importantly, it’s discriminatory and flies in the face of American values. Our community is more than a convenient target—we deserve better than this. Rest assured that Democrats will continue to fight these anti-gay measures and continue to fight for equality and justice for all.”