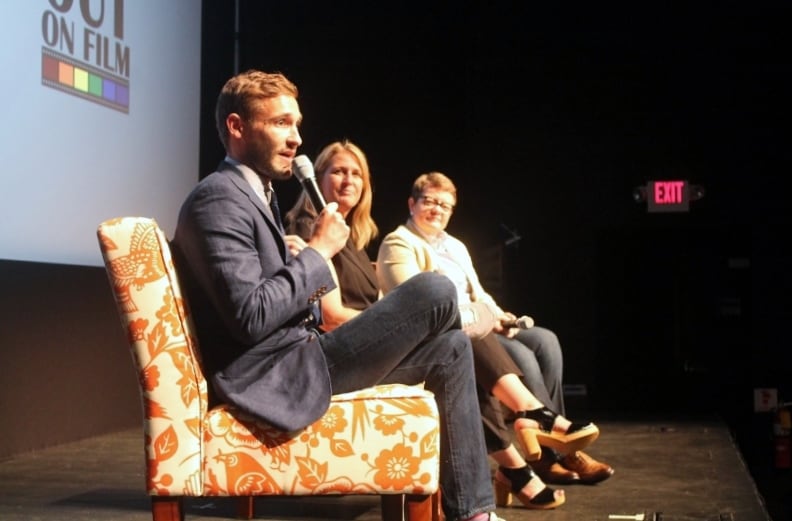 An enthusiastic crowd braved the rain and flocked to SCADshow Tuesday night to take in the Atlanta premiere of the HBO documentary “The Case Against 8,” the five-years-in-the-making story of the federal lawsuit filed in an effort to overturn Prop 8, California’s ban on same-sex marriage.

The event, presented in partnership with the Human Rights Campaign and Out on Film, featured a post-screening discussion with director/producer and Atlanta native Ryan White and two of the plaintiffs in the case, Sandy Stier and her wife Kris Perry.

The trio received a standing ovation as they took the stage and fielded a variety of questions from audience members. And the night continued at a post-screening reception down the street at Einstein’s, where guests sipped and nibbled as they talked about the uplifting, emotional documentary.

“The Case Against 8” debuts on HBO on Monday, June 23—almost a year to the day after Prop 8 and major portions of the Defense of Marriage Act were struck down by the U.S. Supreme Court. View a trailer of the film here.