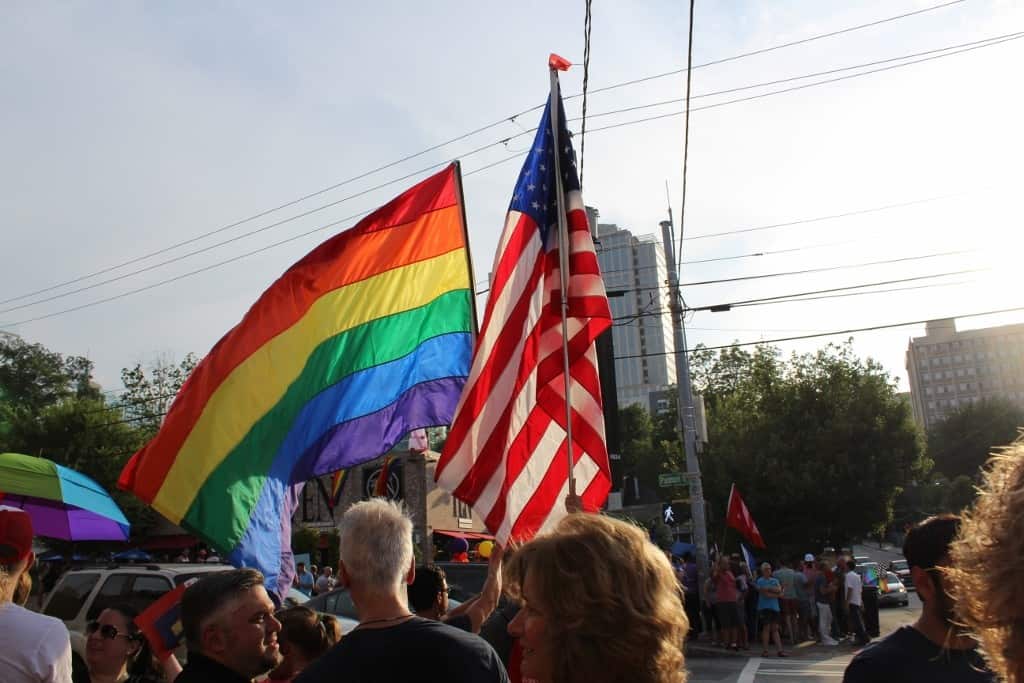 It took some time and some negotiating but it’s finally official: the case is closed on the federal class action lawsuit challenging Georgia’s same-sex marriage ban.

Many might have thought that had already happened following the June 26 decision by the U.S. Supreme Court striking down same-sex marriage bans nationwide, but there was still some vital housekeeping to do.

At issue was whether to dismiss the case or make an entry of final judgment. Georgia Attorney General Sam Olens and the other defendants wanted to dismiss it in light of the Supreme Court’s ruling. Lambda Legal, the attorneys representing the nine plaintiffs in the case, wanted an entry of final judgment, which would solidify the ruling in the case and get language in the books on Georgia law declaring that same-sex couples have a right to marry.

Judge William Duffey asked both parties to file a joint status report by Sept. 15 with their decision, and after some discussions between the two, Lambda Legal was able to get them to agree to an entry of final judgment. Also, plaintiffs will not seek any legal fees from the state, as many have done in other similar cases across the country.

“Today’s order from the Court officially closes the book on Georgia’s discriminatory marriage ban and makes it crystal clear to officials across the state that marriage equality is the law of the land,” said Tara Borelli, Senior Attorney in Lambda Legal’s Southern Regional Office in a statement today.

“This final judgment provides a definitive statement that Georgia’s marriage ban is unconstitutional, eliminating any doubt or confusion on the issue,” Borelli continued in comments to Georgia Voice on why an entry of final judgment was necessary. “Same-sex couples and their families now have the clarity and finality that they deserve.”

Here’s the agreed-upon language that the two parties filed with Judge Duffey:

1. Any source of Georgia law that denies same-sex couples the freedom to marry, or denies recognition for their valid marriages from another jurisdiction, including but not limited to Georgia Constitution…violates the Fourteenth Amendment to the United States Constitution…and may not be enforced against Plaintiffs or any other same-sex couple.

2. Defendants and their officers, employees, agents, and all other individuals under their supervision, direction, or control are permanently enjoined from enforcing any source of Georgia law that denies same-sex couples the freedom to marry, or denies recognition for their valid marriages from another
jurisdiction, including but not limited to Georgia Constitution…

And as previously reported by Georgia Voice, the case wasn’t just about the freedom to marry. Jennifer Sisson was one of the plaintiffs and a widow. The state refused to recognize the late Pamela Drenner as “married” and instead listed her as “single” on her death certificate. We’ve been able to confirm that Sisson did indeed receive a corrected death certificate, and the state will forever recognize their marriage.

The plaintiffs in the case, filed last April with the US District Court for the Northern District of Georgia, were as follows (includes links to each of the Georgia Voice profiles of the plaintiffs): Christopher Inniss and Shelton Stroman of Snellville, Rayshawn Chandler and Avery Chandler of Jonesboro, Michael Bishop and Shane Thomas of Atlanta, Beth and Krista Wurz of Brunswick and one widow, Jennifer Sisson of Decatur.

A copy of the final judgment is below.