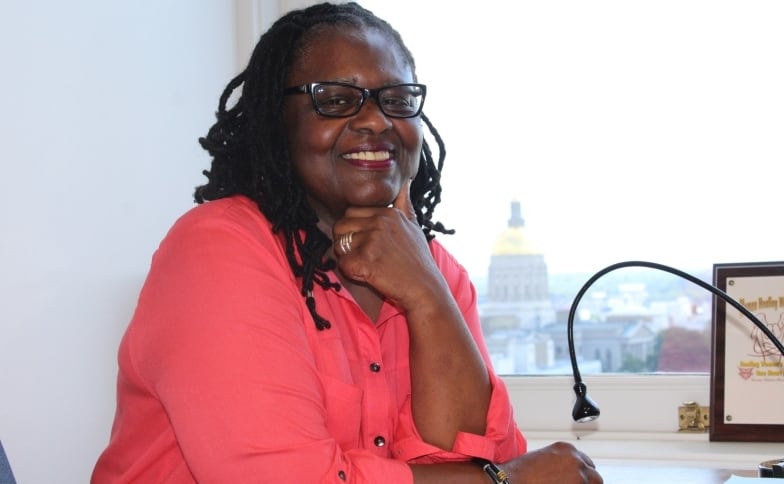 Mary Anne Adams moved to Atlanta on her birthday nearly 30 years ago and has been gifting the city with her work in several areas ever since. She’s the founding director of ZAMI NOBLA (National Association of Black Lesbians on Aging) and is a social worker and public health researcher at Georgia State University, where she has done extensive work in LGBT health, HIV/AIDS, breast cancer, childhood mental health and more.

Adams, who is engaged to marry her partner Angela Davis next year, sat down with Georgia Voice to talk about growing up around civil rights activists in Mississippi, the neighbor who inspired her passion for aging issues, forming ZAMI NOBLA and more.

Where were you born and raised?

I was born in Mississippi—Oxford to be exact. North Mississippi where William Faulkner was born and bred and where the infamous University of Mississippi, better known as Ole Miss, is located.

You know, it was pretty interesting. Around the age of 12, I was introduced to a group of civil rights activists. There was an influx of lawyers and social workers and activists who migrated to a lot of cities in Mississippi at that time to do some capacity building, to do some resource development and particularly to focus on the youth. They rented a house very close to my school—they named it The Black House—and they taught black literature classes, black history, black playwriting.

It was a very heady time for me. All the kids were allowed to interact with the civil rights activists that were coming in. We were sitting at their knee when they were strategizing. I was privy to all of this and I think it really started my passion and my interest for community organizing and activism.

And jumping forward, how did you make your way to Atlanta?

Well, I came to Atlanta chasing a woman.

[Laughs] Very common. My parents died when I was in my mid-20s and I became the legal guardian of my three brothers and sisters who were 9, 11 and 13 at the time and I was about 25. When they graduated from high school and went off to college, I decided to leave Mississippi. And I started seeing this woman so I ended up here in Atlanta. I moved here on my birthday, September 25, 1988, and I’ve been here ever since.

And how did ZAMI NOBLA come together?

As you know, ZAMI was an organization here in Atlanta for a number of years and even though a lot of people think I founded ZAMI, I did not. I founded the Audre Lorde Scholarship Fund but Iris Rafi founded ZAMI. When I moved here I became involved with the organization and she and I kind of took it to a different level and sustained it.

At the time it was very dangerous for a lot of women to be out, so the organization was not as visible or political as we thought it could be. So working with her we took it to another level. Then she dropped out and I continued on.

One day I realized that we were aging in place, and I’ve always had a passion for aging issues since I was nine years old. My best friend was Miss Savannah who lived across the street from me who told me stories all summer long. I was her shadow and she taught me how to bake. I was a shy, introverted kid, a bookworm, couldn’t play ball, couldn’t play jacks, couldn’t play jump rope [laughs].

How old was she at that time?

She was 60-plus. Her children had gone off to college and had their own families and she was considered the crotchety old woman across the street but she took a liking to me and I took a liking to her. She was a refuge for me, there’s no doubt about that. And I think because of my relationship with her, because of her kindness to me, because of the patience and the time she took to help this shy introvert develop, I’ve always had an interest in that.

So I looked around and didn’t see any viable entities in Atlanta working on aging issues in the LGBT community, particularly with black lesbians. So, aging myself, I had a dog in this fight. So we were done with ZAMI and we said we’re going to morph into ZAMI NOBLA.

And tell me about your work at Georgia State.

One of the proudest moments in this job so far has been working with black ministers in Atlanta in zip codes where the prevalence for HIV is highest and really helping them to develop the Atlanta Black Faith Leaders HIV and AIDS Coalition. It’s the first of its time and it’s very diverse in terms of being intergenerational, it’s heterosexual as well as LGBT faith leaders.

And they actually are developing some capacity right now and doing some programming. We’ve been working with them to apply for federal grants with the National Institute for Health. It’s really good work, particularly since I identify as a heathen you know [laughs]. It’s really been a joy to see them go from folks who didn’t even know each other even though geographically they were tightly bound and we’re doing some of the same work, to now organizing as a coalition and really wanting to learn and grow.

So it sounds like everything’s busy and life is good for you right now?

Life is really good. I think that my passion and what’s driving me right now is to really grow ZAMI NOBLA and try to combat the isolation on top of the oppression and marginalization that so many elders are experiencing, and try to develop some tools in which to do that. That’s really my primary focus evenings and weekends, and I hope to morph that into being able to do that work full time.