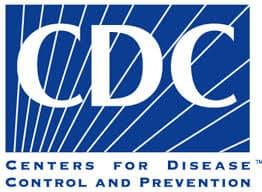 The CDC has released findings on the care and treatment of African-Americans living with HIV. African-Americans account for more than half of the 1.1 million people in the U.S. living with HIV, and for nearly half of the deaths attributed to AIDS since the epidemic began. The release was timed to coincide with National Black HIV/AIDS Awareness Day, which is observed Feb. 7.

The analysis is an examination of those receiving care and treatment in 2010. Among the findings, 75 percent were linked to care, 48 percent stayed in care, 46 percent were prescribed antiretroviral therapy, and 35 percent achieved viral suppression, i.e. when the virus is under control, the person is healthy and the risk of transmitting the virus to others is reduced.

Among their recommendations, the CDC advised that all people with HIV start antiretroviral therapy regardless of the severity of the illness, that all healthcare providers provide those between the ages of 13 and 64 HIV testing at least once, and that those at a higher risk should get tested more frequently.

See our roundup of testings, forums and other events surrounding National Black HIV/AIDS Awareness Day, and view the CDC’s fact sheet on these latest findings here.