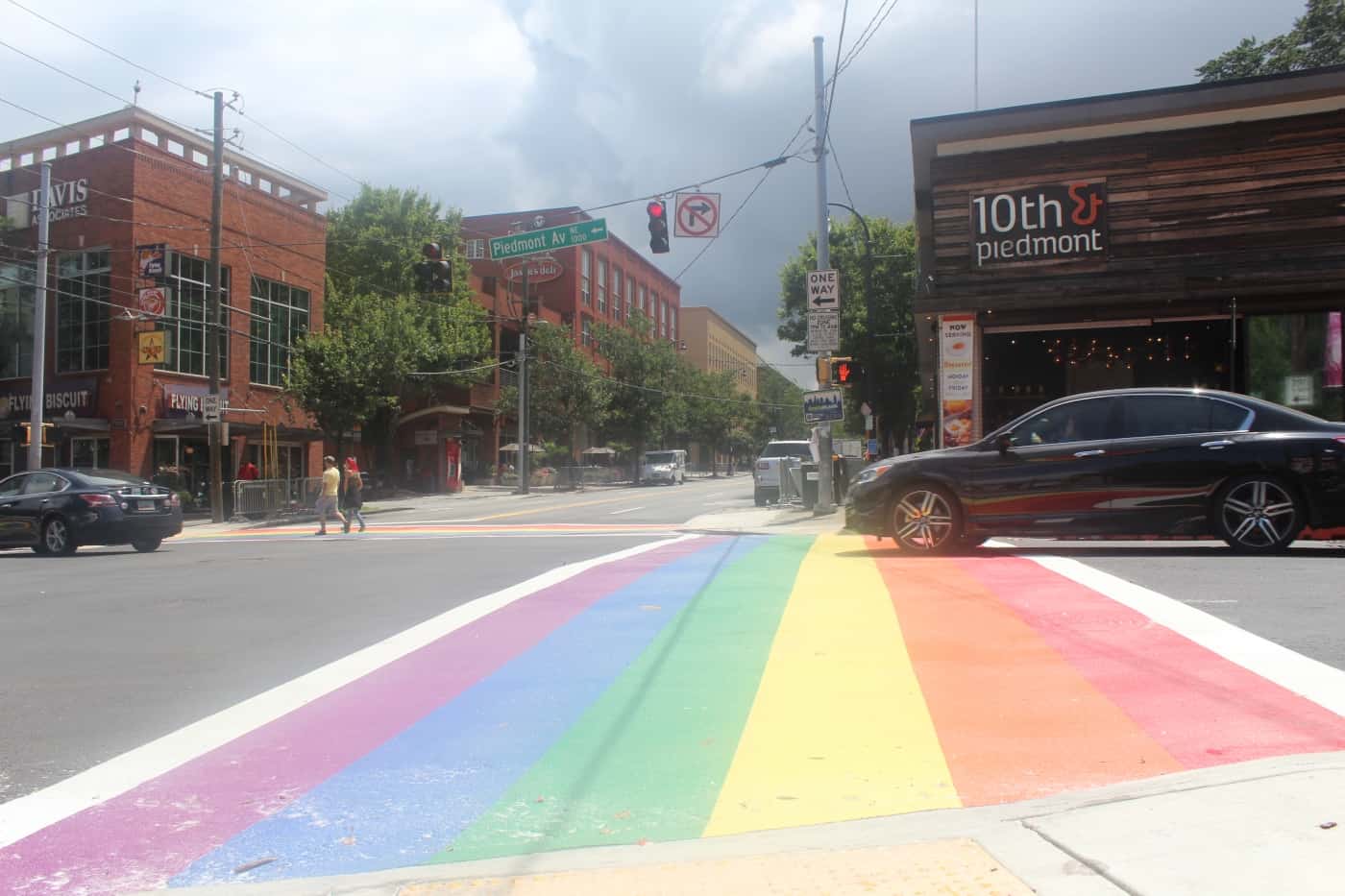 Atlanta Mayor Kasim Reed’s office on late Friday released the cost to install the rainbow crosswalks at the intersection of 10th Street and Piedmont Avenue as misperceptions continued to spread about how the project is funded.

“The initial cost to install the crosswalk is approximately $196,000,” Mayor Reed’s Deputy Press Secretary Jewanna Gaither told Georgia Voice via email. “The life expectancy of the crosswalk is 10 years. Our contractor will make any necessary repairs, including normal wear and tear updates, as part of the warranty for the first year at no charge. The Department of Public Works will be responsible for pressure washing the crosswalk as needed.”

The project is publicly funded, unlike the temporary rainbow crosswalks installed during Atlanta Pride in October 2015. That project was spearheaded by gay Atlanta man (and, later, reality TV figure) Robert Sepulveda, Jr. and garnered over $44,000 in donations, which raised the ire of many in the community who felt people should have donated their money to other local LGBT causes. At the time, city officials said safety concerns kept them from making the project permanent.

The installation of this year’s permanent rainbow sidewalks began at 5 a.m. July 1 and finished ahead of schedule the next day, in time for runners in the annual Peachtree Road Race to dash across the intersection in the historically LGBT part of town.

The project was met with its own bit of criticism coming from two distinctly different sides. A Facebook Live video taken by Georgia Voice as the crosswalks were being installed drew a flood of anti-LGBT reactions from around the country, ultimately generating over 2,300 shares, 4,200 comments and 275,000 views.

Local transgender activist Monica Helms expressed her frustration that one of the crosswalks wasn’t done in the colors of the Transgender Pride flag, which she created in 1999.

“I don’t see anything saying that one of the crosswalks will be trans colors,” Helms wrote on Facebook on July 1. “I am angry, even though I contacted the City Council (Alex Wan) and the mayor’s office. Others, like Sarah Rose, have also contacted people involved with this. I think the trans community, whether you live here or not, express your outrage at our omission. The mayor’s office is 404-330-6100 and his e-mail is mayorreed@atlantaga.gov. Remember that Georgia has the fourth largest percentage of trans people in the country and the fifth largest by numbers. Let him know that. One of the rainbow crosswalks can be painted over after the fact.”

Mayor Kasim Reed announced the plan to install the crosswalks on June 12, the one-year anniversary of the Pulse shooting.

“I believe that symbols of unity matter; in recognition of the outstanding and ongoing contributions of Atlanta’s LGBTQ community to our city, I am pleased to announce today that the City will install the rainbow crosswalks at the intersection of Piedmont Avenue and 10th Street year-round,” Reed said in a news release. “This intersection in Midtown is recognized for its history as a hub for Atlanta’s LGBTQ community, and it is fitting that such an important and recognizable place should feature the rainbow flag.”

The local push for permanent crosswalks came when local LGBT musician Sarah Rose, lead singer of Sarah and the Safe Word, started a Care2 petition campaigning for it. The petition garnered more than 20,000 signatures, including those of several Atlanta mayoral hopefuls, before Reed’s announcement in June.