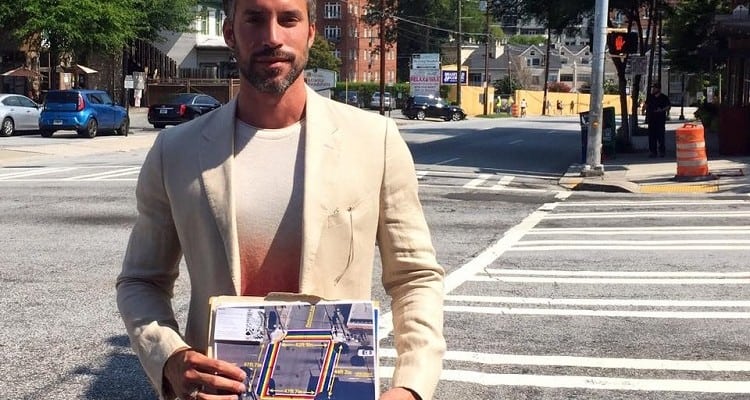 One month after giving the okay for a permanent public art project that would see rainbow crosswalks painted at the intersection of 10th Street and Piedmont Avenue, the city has reversed course, saying the project needs to be removed a few days after Pride.

Sepulveda said the following in a statement on the matter:

"This is a frustrating turn of events for all of us, let us not be angry though. Please know we tried every conceivable option to satisfy the city's, "safety concerns". I personally don't understand how our crosswalks differ from many of the painted crosswalks we've seen throughout Atlanta. I also don't understand why they will allow the rainbow crosswalks to be installed, but then require them to be taken down, why not just leave them up?! Unfortunately the only option now is to have them painted temporarily for PRIDE, enjoy them and continue to work with the city on a permanent solution. I wish the city could have told us this issue over a year ago when the first proposal was sent to them and not a few weeks before the installation date, when over $40,000 has been raised, and especially when the city made it public that the crosswalks would be a permanent installation. What I'd like all the donors to know is that I will continue to fight for The Atlanta Rainbow Crosswalks to be a permanent part of the Midtown neighborhood. The rainbow colors of the crosswalks may have to be removed when PRIDE is over, but the clear message we are fighting for can't be erased that easily. These crosswalks no matter what obstacles are faced are more than just crosswalks, they are symbols of acceptance, unity and tolerance. I invite you to contact me directly with any questions you may have: robertsepulvedajr@gmail.com."

The news comes just ahead of a Founding Member Recognition and Project Kickoff Party on Thursday evening.

We've reached out to Mayor Kasim Reed's office for comment on the matter and will update as a response comes in.

The Rainbow Crosswalks artwork displays a message that is essential to the City of Atlanta.  Atlanta embraces its diversity, and is proud to be the home of a large, vibrant LGBTQ community of residents and workers.

The City of Atlanta owns a collection of artwork that reflects the City’s values, and has a set process for considering and accepting art into the collection.  The final step of the process is legislative approval.  The process of accepting the Rainbow Crosswalks artwork into the City’s collection is complete, except for passage of the required legislation.  A resolution granting the approval is scheduled for a vote at the September 21, 2015 meeting of the Atlanta City Council.

Unlike most artwork in the City’s collection, public safety is a significant factor in determining when to display the Rainbow Crosswalks. Atlanta’s Department of Public Works evaluates safety issues pertaining to pedestrians and drivers on the City’s roads, and applies rules established by the Federal Highway Administration’s Manual on Uniform Traffic Control Devices (MUTCD).  Based on the current MUTCD standards, the City’s first installation of the Crosswalk artwork will be a temporary display between approximately October 3rd through October 16th, 2015.