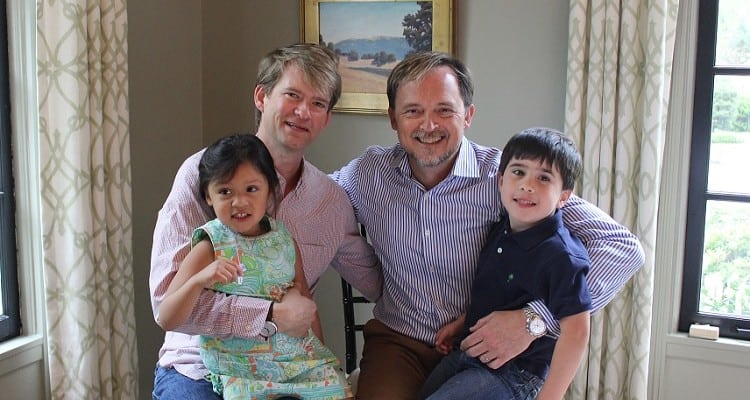 You’ve seen the top LGBT stories of the year that had the most impact both on a local and national level, but what about what you the reader clicked on the most this year? It was a grab bag of stories—some inspirational, some tragic, some funny and some controversial.

Black Gay Pride revelers took pause this year as news spread of the drowning death of 21-year-old Henry Lee of Arkansas. The incident occurred at a Sept. 2 pool party hosted by Wassup N ATL at the Holiday Inn in College Park. East Point police say people were throwing each other into the pool when four partygoers pulled an unconscious Lee out of the water. He was pronounced dead the following day, with the incident ruled an accidental drowning.

When a lawsuit is filed against one of gay Atlanta’s most popular restaurants by the servers who used to work there, people pay attention. That’s what happened in mid-December as a group of former servers sued Joe’s owners for failure to pay minimum and overtime wages. The case is currently winding its way through court and attorneys for the plaintiffs are seeking former Joe’s employees who want to join the suit.

8. Second arrest made in MARTA beating of trans women

This May incident aboard a MARTA train in which two transgender women were assaulted was one of the most-talked about stories of the year, as you’ll see later on down this list. This was due in no small part to video of the incident being made public. This follow-up post highlighted the arrest of a second suspect in the crime.

Sometimes stories come out of nowhere and that’s what happened on Dec. 13, as the ‘Saturday Night Live’ crew did a not-so-subtle takeoff on the couple at the center of the USA Network’s Roswell-filmed reality show “Chrisley Knows Best.” GA Voice readers seemed particularly taken with Taran Killam’s portrayal of “Cory Chisholm,” a dead ringer for flamboyant Chrisley patriarch Todd Chrisley.

6. Editorial: We are all responsible for each other

Longtime GA Voice reporter Dyana Bagby had just taken over as editor, so she took a moment in this January editorial to explain her vision for the media outlet and her hopes for the LGBT community, all wrapped up in a story about the adoption of her and her partner’s cat Lacey.

The GA Voice staff and the LGBT community were shocked at the sudden passing of our Art Director Mike Ritter in March at age 48. Ritter died from complications after undergoing open-heart surgery. He was an award-winning editorial cartoonist with a national reputation, so once word spread about his passing, tributes poured in from across the country for days and weeks afterwards.

The number one question we as a staff received throughout the winter and early spring of 2014 was “When is someone filing a gay marriage lawsuit in Georgia?” We found out at one point but had to keep quiet until we dropped this exclusive story at midnight on April 22, which gave details of the suit and included an interview with plaintiffs Michael Bishop and Shane Thomas. Updates and more plaintiff profiles followed throughout the rest of the year, and keep an eye out for even more in 2015.

3. Melissa Carter: An open letter to welcome my child into the world

This editorial by GA Voice columnist and B98.5 morning show host Melissa Carter tugged at the heartstrings of our readers, but it was a line at the end that took the reaction in a different direction. The comments section was flooded, making for an odd mix of well wishes and criticism. Mother and son are doing well and Carter has returned from maternity leave to continue her popular column.

Video surfaced in July of an unidentified victim being thrown to the ground and kicked by an unknown suspect in Little Five Points. This raised the community’s attention especially seeing as it would have been the second such incident caught on video in the previous two months. However the man who recorded the video came forward to say the incident was not sparked by transphobia, and the victim never came forward or filed a police report.

Readers were shocked and outraged by the attack on two transgender women on MARTA in May, the video of which went viral. Two suspects were later arrested by MARTA police for disorderly conduct and the incident led to a series of town hall meetings about violence against the transgender community and the relationship between police officers and the transgender community. Atlanta police later added a “transgender interactions” section to their Standard Operating Procedure.