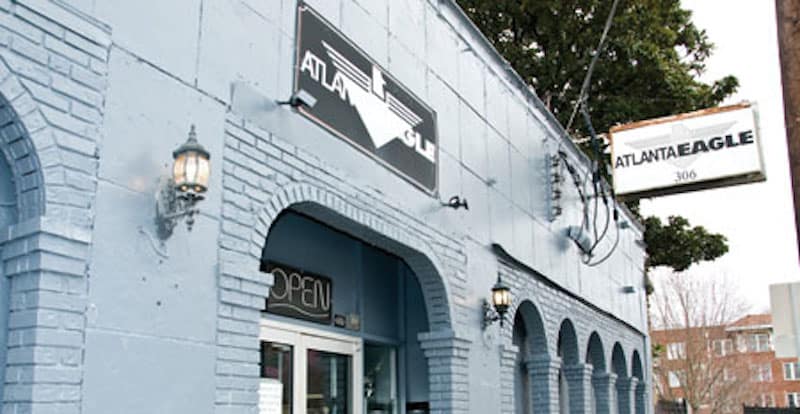 Robby Kelley’s time at the Eagle has come to a close. The longtime co-owner of the popular Atlanta gay bar has been bought out by co-owner Richard Ramey in a transaction finalized Tuesday afternoon. Ramey, who also owns the Flower Cottage On Main in East Point and has been co-owner of the Eagle with Kelley since 1997, will now be sole owner and operator of the bar.

Kelley was a member of the Eagle 8, the group arrested in an Atlanta Police Department raid of the bar on Sept. 10, 2009. Police were acting on anonymous tips that there was illegal sex and drug use taking place there, but nobody was arrested for such crimes. However, Kelley and seven others were arrested for permit violations.

More than 60 men in the bar that night were forced to the floor and illegally searched and detained by officers. Patrons sued the city of Atlanta in federal court saying their constitutional rights were violated and eventually the city settled for more than $1 million in December 2010.

Kelley and Ramey started working on the transaction last October. Kelley says the aftereffects of the raid and lawsuit contributed to his decision to sell.

“It took a little more out of me than I thought it would,” he says. “Even today people walk into the bar and say, ‘Hurry up and get a drink before we get raided.’ And people don’t realize that that just brings all that back up again. Hopefully with me not being involved anymore, they won’t bring it up as much.”

Kelley is talking with other investors about opening up a sports bar in Cobb County that will not specifically be a gay bar but will be gay friendly. Ramey says not to expect any major overhauls at the Eagle.

“As far as the everyday running of the bar, the employees, the way the Eagle has been ran for the last 18 years, nothing will change,” he says. “But I’d like to freshen the bar up, bring in some new equipment and give it sort of a mini-makeover.”

Rumors flew last May when reports surfaced that the group of buildings on Ponce de Leon Avenue, which include the Eagle, were sold. But Kelley said they had signed a three-year lease with an option to sign a five-year lease after that one expires and that they weren’t going anywhere.