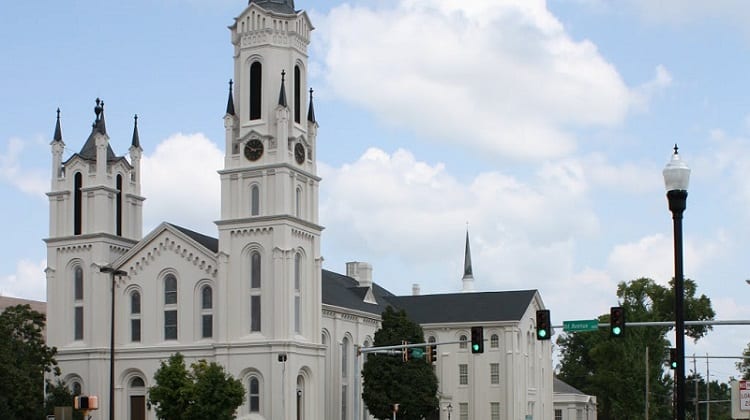 A proposal for the 900-member First Presbyterian Church in Columbus, Georgia to separate from the Presbyterian Church (USA) failed by just eight votes on Sunday. The vote took place in response to the national denomination’s changing views on same-sex marriage.

The Columbus Ledger-Inquirer reports that the vote ended up 266 to 146 in favor of separation, but the number fell short of the 274 votes needed for a two-thirds majority vote. Members in favor of the proposal were reportedly hoping the church would join the Evangelical Covenant Order of Presbyterians, a new denomination formed out of churches that have left the national church.

“Christianity is under attack and America is fast becoming a secular nation,” said Frank Lumpkin, 57, at the special meeting held after the 11 a.m. service. “In the last few years, little by little the government has been chipping away our religious freedom and Christianity as we know it at this time.

“Most of us don’t know how to stop it and there’s probably not much we can do about it on a national scale,” he said. “But the issues that arise like this one at our church right now, we can do our part and say, ‘No, I am not changing my core beliefs to simply appease a (denomination) that cares more about political correctness than the foundation of our faith.”

Columbus is represented in the state Senate by Sen. Josh McKoon, the Republican who authored the failed “religious freedom” bill for the second year in a row. He plans on bringing it back at next year’s session.

However, Joan Cheves, a member two decades Lumpkin’s senior, had a different message.

“I think we’ve been so busy in the church being Presbyterians that we’ve forgotten to be Christians,” said Cheves, who had just returned from her nephew and his partner’s wedding in Tallahassee, Florida.

“I make them smile and they make me smile,” she said before breaking into tears according to the Ledger-Inquirer. “I just want to say that this a good church and I hope everyone can see that everyone is God’s child.”