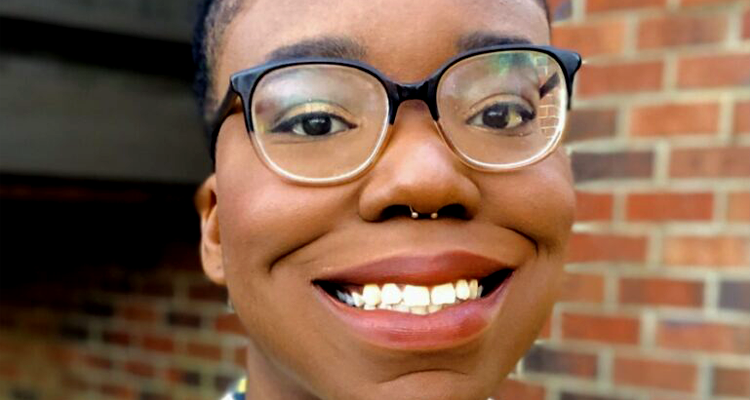 Nneka Ewulonu, a staff attorney for the ACLU of Georgia. / Photo via Facebook

Due to a recent settlement with the ACLU of Georgia, the Georgia Department of Community Health must now remove its categorical exclusion of coverage for gender-affirming surgery under the State of Georgia’s Medicaid program.

The lawsuit was filed by the American Civil Liberties Union, the ACLU of Georgia, and the local law firm King & Spalding, on behalf of plaintiffs Shon Thomas and Gwendolyn Cheney, two Black transwomen who were denied gender-affirming coverage. The ACLU reached these women through the affiliate’s National LGBTQ Project based in New York.

Nneka Ewulonu, a staff attorney for the ACLU of Georgia who worked on the suit, spoke to Georgia Voice about the settlement’s timeline and what this means for the future of transgender Georgians’ health care.

“The lawsuit was filed in June of 2021 with the Northern District of Georgia, a federal court, and settled in April of this year,” they said. “The settlement involves the Georgia Department of Community Health agreeing to remove the exclusion from gender-affirming surgery from the state Medicaid program and adopt benefits of clinical guidelines for the treatment of gender dysphoria.”

Ewulonu is a civil rights attorney whose work includes LGBTQ rights, reproductive freedom, and First Amendment rights. This suit, they said, was a part of a decades-long battle for trans people on Medicaid in Georgia, with the exclusion of gender-affirming coverage hurting Black transwomen the most.

“Our plaintiffs were two Black transwomen who were denied surgical care while on Medicaid for years if not decades at this point,” Ewulonu said. “The categorical exclusion in Medicaid dates back to the early ’90s. It’s been a long time that transgender Georgians have been denied access to surgical care in Georgia under Medicaid. We were pursuing a class action on behalf of trans people in Georgia in general, however, we settled before those proceedings moved forward.”

“I think Black trans women in Georgia are facing intense stigmatization and transphobia, specifically trans misogynoir, which is the transphobia experienced by Black women,” they said. “Black women, whether cis or trans, experience a lot of racialized effects in their health care. When you add in transphobia and the general ignorance around gender identity and transgender issues that poses additional heightened risks and concerns for Black transgender women in Georgia who are trying to seek the health care they need.”

The settlement requires Medicaid coverage to include services and guidelines provided by other health care programs like Alliance Healthcare Solutions. This includes adopting medical guidelines for gender-affirming care such as breast augmentation, hysterectomies and orchiectomies. Patients can now discuss their options with their health care providers to receive the care they need. Providers and patients may obtain clinical guidelines for the treatment of gender dysphoria from Georgia Medicaid to learn about their eligibility criteria and the necessary documentation.

Ewulonu’s goal is to produce more awareness and outreach regarding the settlement.

“Fundamentally, trans, nonbinary, and gender nonconforming Georgians on Medicaid can now have surgical transition if they so desire,” they said. “You just need to talk to your health care providers. There are conditions that need to be met, but it is definitely a conversation that can and should be had if seeking to medically transition.”

“It also shows discrimination against trans people is not okay,” Ewulonu continued. “It is not okay that Medicaid that would pay for the removal of breasts for cis women who are experiencing a breast cancer scare, but not pay for the removal of breasts for a transman experiencing gender dysphoria. The only reason for that differentiation is discrimination against transgender status and that just can’t stand in an equitable society.”

This win came at the same time Florida’s Medicaid agency moved to ban gender-affirming coverage back in June, although this is currently being contested. It is clear there is still a need for a holistic federal law to protect transgender people on the basis of sex.

“In my opinion, I do think the patchwork of different states’ approach to Medicaid, gender-affirming care, and discrimination on the basis of sex applies to transgender people,” Ewulonu said. “I could see there being some sort of larger federal case down the line that tries to consolidate and streamline what is and is not discrimination, and hopefully when that happens, they agree this is discrimination on the basis of sex and trans status. Because what is in federal court has slightly more influence than it would in just Georgia state court. But that being said, I don’t think it’s going to be particularly influential in any other jurisdiction’s or state’s proceedings.”

Ewulonu is also pursuing a case against the state’s six-week abortion ban.

“Reproductive rights and reproductive freedom and justice are a big part of what the affiliate [ACLU of Georgia] is doing,” they said.

They and Georgia ACLU are always seeking out other ways to make legal advancements for queer people in Georgia through their open intake system.

Georgia Medicaid is now one of over 30 state Medicaid systems to provide gender-affirming health care.

“The settlement is in effect,” Ewulonu said, “so if you’re transgender, nonbinary, and gender nonconforming in Georgia and on Medicaid, you can and should start talking to your Medicaid providers.”