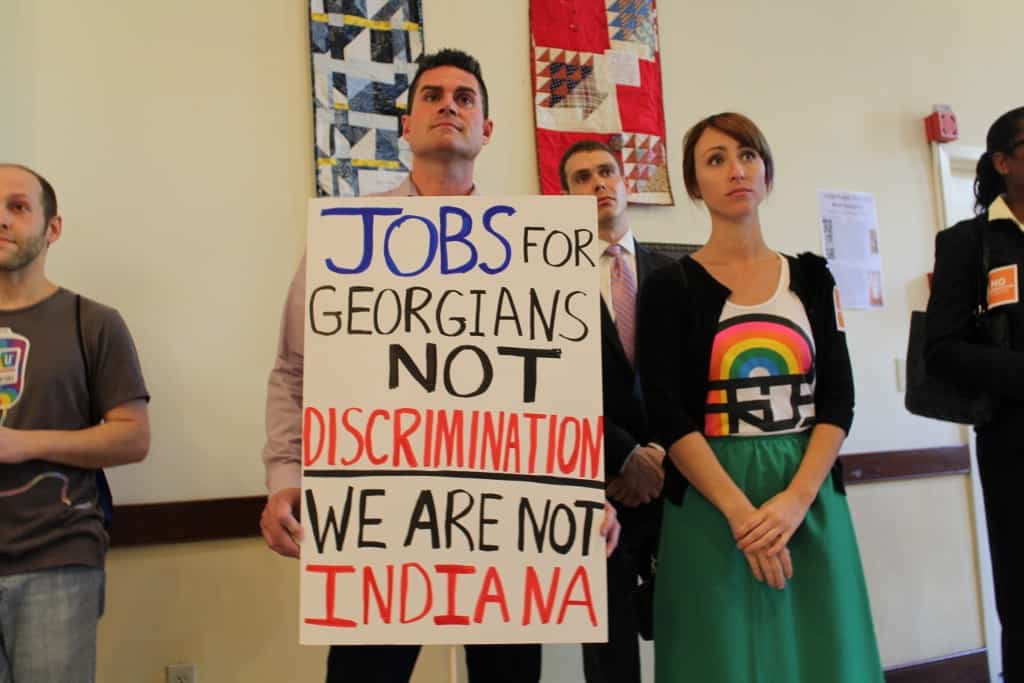 Last year, Delta Air Lines and numerous Atlanta-based corporations took a strong stand against the proposed “religious freedom” bill and helped defeat the measure in the final days of the session. This year, though, it seems economic extortion might be keeping the airline silent.

It seems Delta is paying for its outspokenness last year against the anti-LGBT bill this by legislators upset with their airline’s past public stance in the much ballyhooed HB 170, the $900 million transportation bill.

And, added to the bill, is a new $5 per night hotel or motel fee.

This year, it was the hotel industry that took the lead in speaking out against state Sen. Josh McKoon’s (R-Columbus) “religious freedom” bill, saying if the bill passed the state would lose “hundreds of millions of dollars.”

From the Atlanta Journal-Constitution:

Call it coincidence, but two of the losers in last night’s vote on a transportation funding bill were also the two business interests who voiced opposition to the “religious liberty” legislation — which itself now seems to be the only big issue standing between lawmakers and Sine Die.

H.B. 170 goes to Gov. Nathan Deal with a provision ending a $23 million-a-year aviation fuel sales tax break that was largely enjoyed by Delta Air Lines, whose CEO Richard Anderson had riled GOP lawmakers with his opposition to “religious liberty” bills and statements on immigration reform.

The big surprise in last night’s deal-making was a new $5 surcharge on hotel and motel stays. The new tax is projected to raise at least $150 million a year for Georgia’s transportation network.

For the record, GOP lawmakers said they chose the hotel industry in order to put the tax burden on as many out-of-staters as possible.

But it just so happens that Jim Sprouse and Ron Fennel, top dogs at the Georgia Hotel & Lodging Association, were also the only two members of the business community to personally testify at a House Judiciary subcommittee hearing on S.B. 129, the religious liberty bill. They warned of a sharp drop-off in convention business if the measure moved forward.

Add to this economic impact on LGBT-friendly businesses the possibility that gay-friendly Volvo is seeking to relocate, possibly to Georgia. But will the controversy over the state’s “religious freedom” bill—still not dead until midnight on April 2—affect the company’s decision?