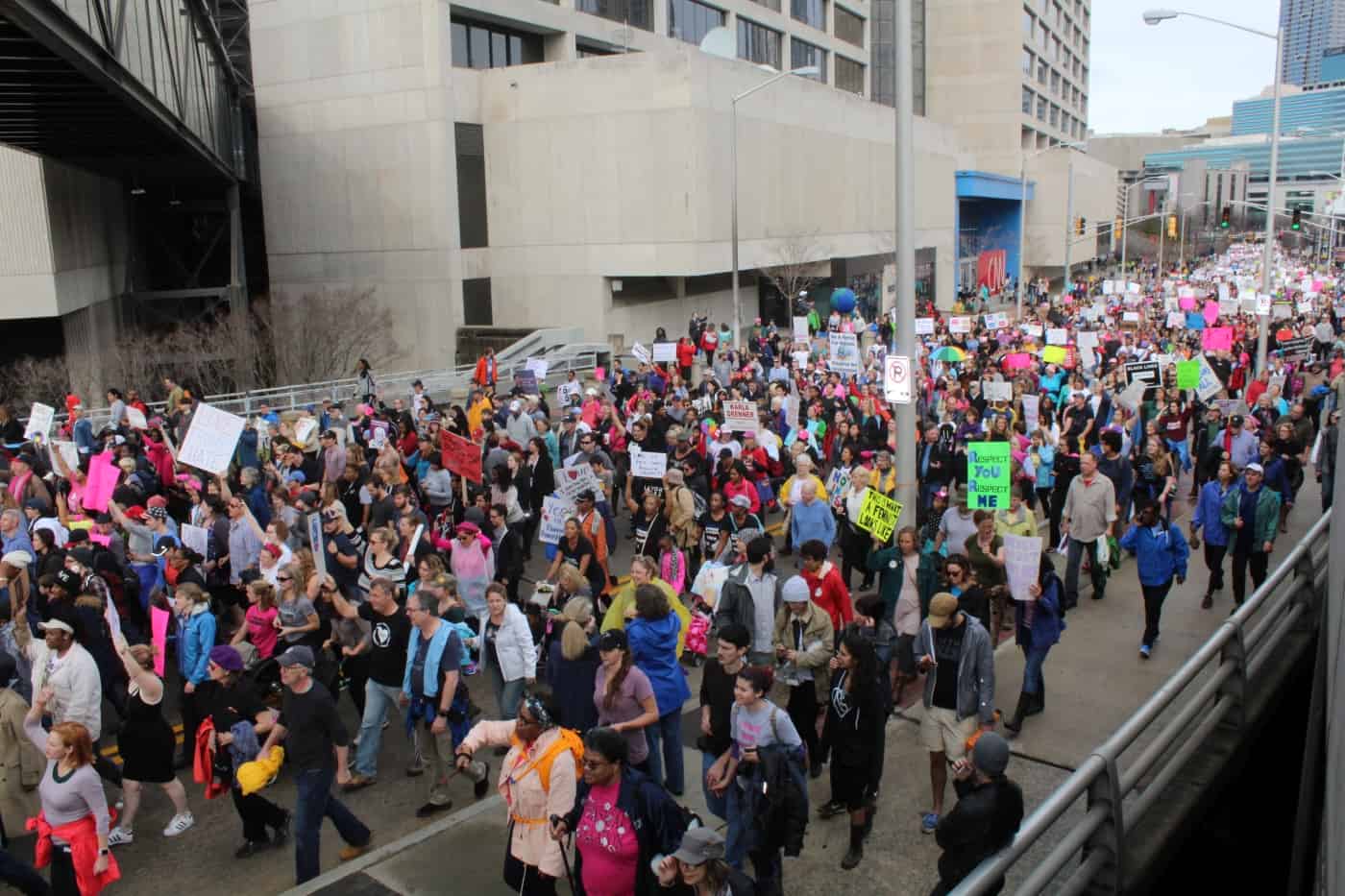 What democracy looks like: 60,000 march for women, social justice in Atlanta [PHOTOS]

An estimated 60,000 people took to the streets of Atlanta on Saturday to march in support of women’s rights and social justice on President Donald Trump’s first full day in office. Similar marches took place in cities across the country, with an estimated 1 million taking part in the US alone and marches also taking place in over 50 countries around the world.

The day began with a rain-soaked rally at the Center for Civil and Human Rights, which featured a speech by U.S. Rep. John Lewis among many others. Then marchers hit the streets headed for the state Capitol, picking up thousands more participants along the way as they snaked through downtown.

We're live from the front of the #AtlantaMarch

And a look farther down the route at the corner of Centennial and MLK Drive as the sun began to break through the clouds.

The city’s LGBT community was out in full force for the march. Take a look at our photo gallery documenting the day.