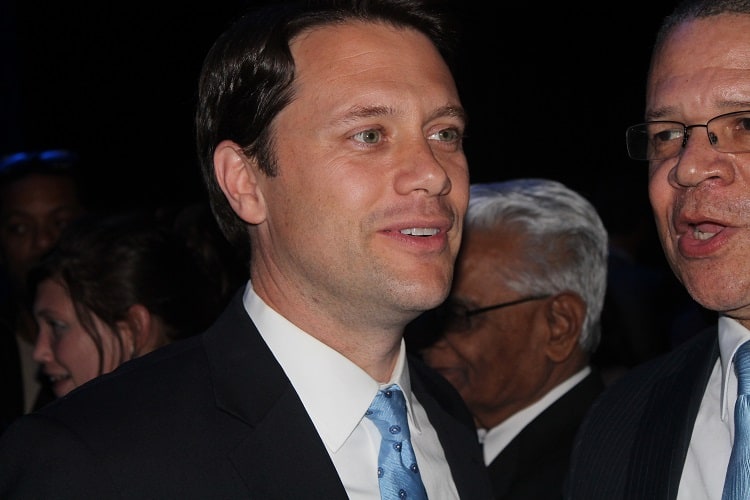 It was a rough election night for Democratic candidates as Michelle Nunn, state Sen. Jason Carter, Connie Stokes, Doreen Carter and Greg Hecht all lost in their respective races, while the wait continues for an openly gay male to be elected to the Georgia state legislature.

A great number of polls and experts had predicted runoffs for Republican David Perdue and Democrat Michelle Nunn in the U.S. Senate race and Republican incumbent Gov. Nathan Deal and Jason Carter in the governor’s race, but TV networks had called both races for Perdue and Deal before 11 p.m.

“I really thought that the get-out-the-vote efforts were strong enough this year that we would have at least been in the position to have a runoff, so I am a little surprised that both races were called without a runoff,” said Georgia Equality Executive Director Jeff Graham at the Hyatt Regency Atlanta Tuesday evening, site of the election night watch parties for both Nunn and Carter.

How to target LGBT voters specifically is something Democrats plan to do in the future.

“I think that we have to look at the LGBT demographics. What we have to do is determine who those LGBT people are and we’ve had a discussion about that. Because when you register to vote you aren’t asked [about sexual orientation], and we no longer have a gayborhood, people are everywhere,” said Jim Taflinger, chair of the LGBT Caucus of the Democratic Party of Georgia, while at an election night watch party at Amsterdam before the election results came in. “So we’re going to have to find a new way to identify and target LGBT people and that’s going to be our next challenge.”

Nunn, the former CEO of the Points of Light Foundation, faced criticism from many in the LGBT community for not clarifying her views on marriage equality, stating early on in the race that while she supported same-sex marriage, she also thought it should be left up to the states. Numerous attempts were made by gay media throughout the campaign to give Nunn a chance to clarify her stance on that and other issues of importance to the community but she refused or ignored all requests.

Libertarian candidate Amanda Swafford asked her about her stance in an Oct. 8 Senate debate, where Nunn confirmed her support for same-sex marriage but left out any mention of states’ rights.

According to unofficial results from the Georgia Secretary of State Office at Tuesday’s press time, Perdue beat Nunn 55 percent to 43 percent, with Swafford at 2 percent.

State Sen. Carter faced his own bout of criticism from the LGBT community for not going on the record about his stance on same-sex marriage, but clarified his full support for marriage equality in early August. However, he also refused or ignored all requests by gay media to clarify his stances on other LGBT issues.

Deal beat Carter 54 percent to 43 percent according to the SOS office as of press time, with Libertarian candidate Andrew Hunt at 2 percent.

“We still have a giant amount to be proud of,” Carter told the crowd at the Hyatt Regency Atlanta in his concession speech. “This campaign put education back at the very top… We had a great debate on how to appropriately fund our schools, how to improve them … We had a discussion and debate about the HOPE scholarship and how to expand it … and about making sure middle class families and small businesses didn’t get left behind.”

Hecht garnered widespread support from the LGBT community for his early embrace of marriage equality and his promise not to defend the state’s same-sex marriage ban should he be elected. Had he won, his pro-LGBT stance would have had a direct impact on the current federal lawsuit attempting to strike down the 2004 ban.

Openly gay Democrat Tim Swiney conceded to Republican P.K. Martin in his bid for the Senate District 9 seat in Gwinnett. The announcement came in a Facebook post by Swiney barely an hour after the polls closed. Swiney had 33 percent or 18,114 votes and Martin had 66.96 or 36,715 votes, according to unofficial SOS results.

Swiney, who lost in the race for House District 101 in 2012, received endorsements from Georgia Equality and Georgia Stonewall Democrats. However, he faced a tough battle by running in a primarily Republican district and was outspent by Martin nearly three-to-one.

“We knew it was going to be a tough run from the beginning,” Swiney told the GA Voice. “It’s a very conservative district and my strategy had been to be more of a moderate. And being an openly gay candidate was difficult to deal with but I put it out there upfront at the beginning so we could get it out of the way and talk about the issues.”

Republican Beth Beskin beat Democrat Bob Gibeling for the State House District 54 seat with 4,901 votes, or 64.4 percent, to his 2,040 votes, or 26.82 percent. Gibeling was considered by political experts to have the best shot of the three at making it to the Gold Dome.

Gibeling, who used to be a Republican, was endorsed by Georgia Equality, the Victory Fund and Georgia Stonewall Democrats. Beskin outspent him nearly four-to-one.

Gay Republican Christopher Deraney lost with 26 percent, or 3,234 votes, to incumbent Democrat Demetrius Douglas who had 73.79 percent, or 9,190 votes, in the House District 78. That district includes portions of Clayton and Henry counties.

Deraney, who was endorsed by the Georgia Log Cabin Republicans, is a fiscally conservative, pro-life political newcomer who faced an uphill climb after being outspent by his opponent nearly seven-to-one as of an Oct. 25 campaign disclosure report.

Lesbian state House Rep. Karla Drenner was unopposed in District 85 and will therefore begin her eighth term in January. Lesbian incumbents and State Reps. Simone Bell and Keisha Waites were also unopposed in addition to Drenner. LGBT allies U.S. Reps John Lewis and Hank Johnson had no opposition and were re-elected.

In his 2012 book, “It’s Now or Never: A Call to Reclaim America,” Hice claims, “the homosexual movement is also destroying America by aggressively seeking to destroy traditional families, religion and marriages for the purpose of removing all societal moral boundaries.” He replaces the anti-gay Paul Broun.

Georgia Equality’s Graham says they’ll spend the next couple of months analyzing the data from the election.

“The models that we have on LGBT voters are really very imperfect, but the modeling tools get better every time,” he says. “We didn’t have access to this stuff two years ago. So hopefully over the next two years we’ll have better ways of targeting to the LGBT community.”