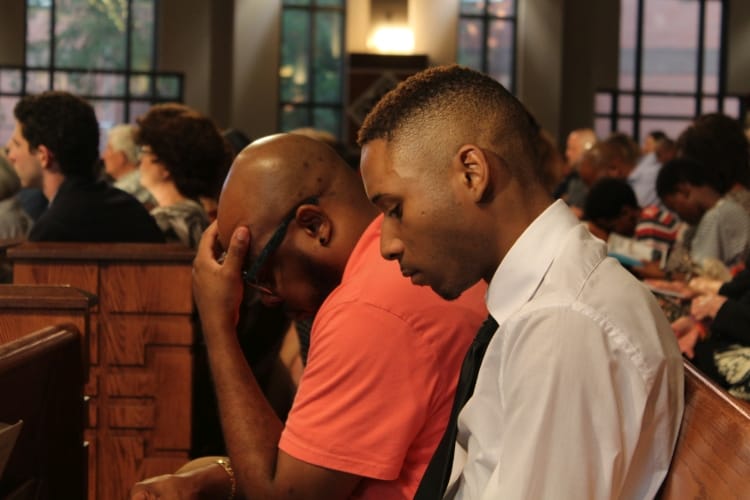 Several hundred Atlantans of various faiths, races and ages came out to Ebenezer Baptist Church Wednesday evening for a prayer vigil in honor of the victims of the Orlando shooting and to mark the one-year anniversary of the shooting at Emanuel AME Church in Charleston, South Carolina that left nine dead.

The vigil attracted a number of speakers familiar to the LGBT community, including:

There was a reading of the names of the 58 victims of both shootings with a bell ringing after each one, then Rev. Raphael Warnock, senior pastor of Ebenezer Baptist, took to the podium.

Georgia Equality’s Graham also pointed out the significance of the Pulse attack taking place in a nightclub, saying, “Oftentimes, nightclubs in our community are those safe spaces where we can go and feel that we can be with the community, where people will not judge us for who we are and who we love. The young people at Pulse nightclub were celebrating who they are in the month that celebrates the first time that gay, lesbian, bisexual and transgender people united together in New York in 1969 to say no to the police violence that had hurt so many of us for so long.”

He then read the letter that 35 Atlanta-area organizations signed onto earlier this week in response to the Pulse attack.

Warnock called the attack at Pulse a hate crime and an act of terror, said Georgia needed to repent for being ground zero for the guns everywhere law and, pointing out openly queer state Rep. Park Cannon (D-Atlanta) in the audience, said it was time to get a hate crimes law on the books in Georgia. The state is one of only five in the nation without such a law.

Here’s a photo gallery from the vigil: