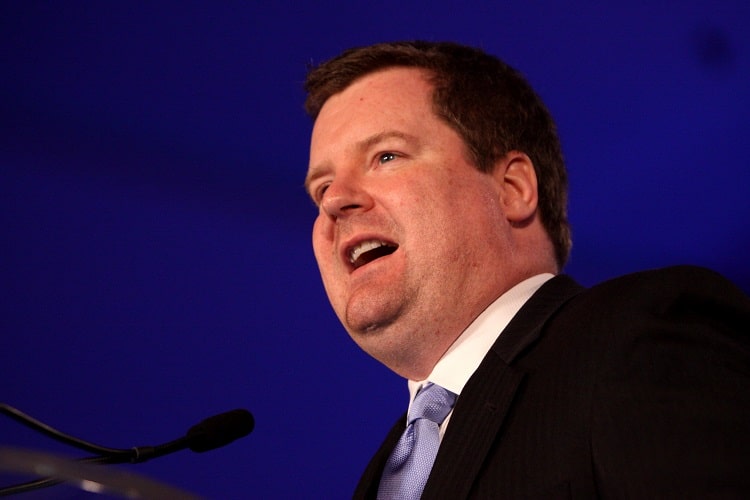 The Atlanta-based WSB radio host and Fox News contributor is out with a column pushing the “homophobes are being discriminated against” angle again, listing a series of perceived injustices, like the publication of names and addresses of people who voted for Prop 8, bakers and florists being “compelled against their will” to serve gay people, the Flint Dollar case and more.

This isn’t nearly the first time Erickson has spoken out on LGBT issues, like that time he said gay people need to “overcome” their “struggle” with homosexuality, or that time he criticized gay-friendly businesses for “aiding and abetting” the “sin” of homosexuality, and his many other greatest hits.

Speaking of Dollar’s gender discrimination lawsuit against the Catholic prep school in Macon that fired him for being gay, Erickson say:

Across the country, the left has decided our sexual preference is something we are born with, but our gender is something we get to decide. Anyone who thinks otherwise is threatened and harassed. Several thousand-year-old pillars of society are being shoved aside in the name of tolerance. Those who speak up for sanity, tradition and faith are treated scornfully.

He then ends by using the tiring and disproven notion that kids are best raised with a mother and a father before warning his conservative flock about how dire things really are:

This will not end well for any of us. Despite surveys designed to show the contrary, children tend to do best with mothers and fathers. A society that willfully undermines perpetuating itself is a society bent on suicide. One thing is for sure — a faith that survived its followers being used as torches to light the streets of Rome will survive a modern age hell bent on ruthlessly stamping it out.

The column seems to be nothing but an attempt to fire up his anti-gay readers, and if you judge by the comments below the column, mission accomplished.

Why does the gaystappo only attack Christians? They know what would happen to them if they attacked Muslims.

And another issues a threat about what’s going to happen to those who dare to question their homophobic ways.

That’s what the left is calling “tolerance” these days. Seems to me, according to the loser in the NYT, that what they want is a fight. And so far they’ve been very comfortable in their assumption that we’ll either bend over and take it the way they like to give it, or we’ll try and fight in the courts, knowing full well that the courts are packed full of liberal scum. What they’ll find out eventually is that they’re going to get a different kind of fight. You can only take away so much from people before they eventually fight back the only way they have left.