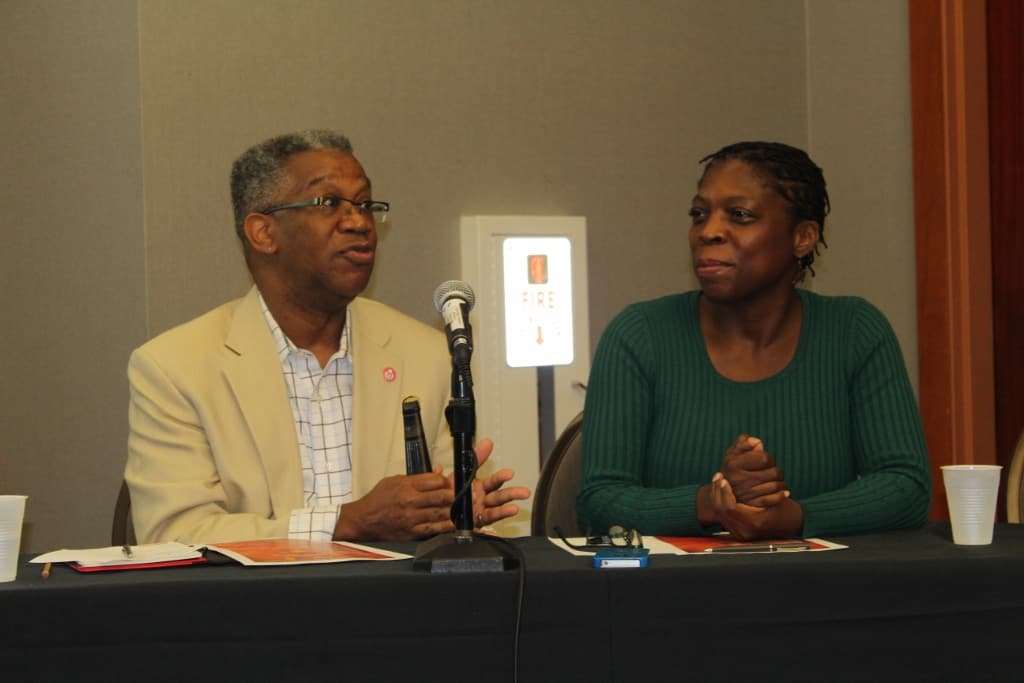 Faith leaders and politicians came together during Black Gay Pride this year for a forum on faith and equality, addressing so-called “religious freedom” legislation, reconciling sexual orientation with religious beliefs, and discussing how to address such issues with others going forward.

Pastor Will Horn of Cosmopolitan Congregation of Dallas (Texas) says he made the decision to follow Jesus Christ the same year he knew he liked boys—at age 11. So he checked out a book on homosexuality.

“I have over all of these years educated myself because I knew that I loved God, I knew that I loved my Christian faith, but I didn't understand how it was possible that I could have this and that. So either God was a cruel jokester or somebody wasn't telling me the truth,” he said, calling on LGBT people to empower themselves with knowledge in order to have substantive conversations with anti-LGBT people.

The U.S. Supreme Court decision on June 26 to strike down same-sex marriage bans nationwide was frequently mentioned throughout the forum, usually as a means to point out how much more work is to be done on LGBT issues.

Fort sounded a warning to those in attendance, saying, “The Supreme Court decision [on marriage equality] is so important because it smoked the proponents of the religious freedom act out, because now they’re very clear: [They] want RFRA so [they] can prevent people from getting married. So I hope this weekend we celebrate and have a good time but we need to immediately thereafter get ready for the fight because it's going to be what I call a throwdown beginning the second Monday of January when the legislative session begins and RFRA is proposed.”

Fort was spotted everywhere over Black Gay Pride weekend, including at the State of Black Gay America Summit on Saturday, the Pure Heat Community Festival on Sunday and the Stand Up & Represent March on Monday. Mitchell, a potential 2017 mayoral candidate, was also spotted at the Black Gay Pride opening reception Thursday evening and at the Pure Heat Community Festival the following Sunday. Mitchell presented a city council proclamation to Rickie Smith of ITLA before the faith and equality forum began.