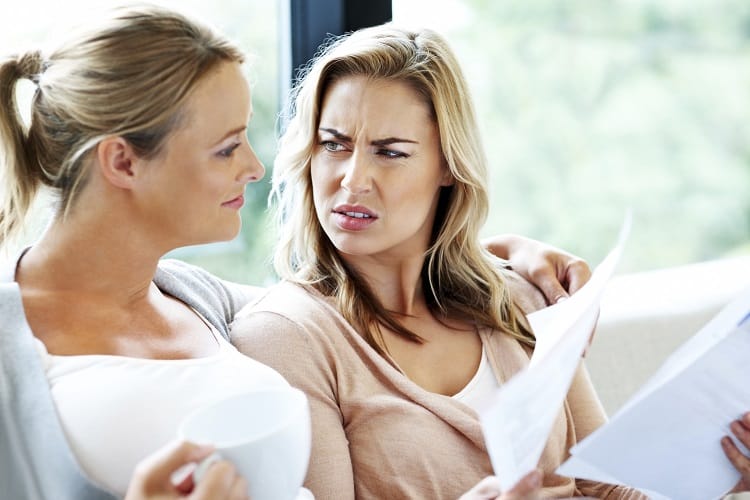 How, what to file during tax time in Georgia where same-sex marriage is still prohibited

Tax time can be confusing for anyone, but for same-sex couples who legally marry in another state only to come home to Georgia where their marriage currently counts for nothing, that confusion may lead to a pile of forms and serious uncertainty.

Lesbian-owned HLM Financial Group has been around for 28 years and is well-versed in the tax matters for LGBT people and same-sex couples. We asked Lynn Pasqualetti, president and managing partner of HLM, several questions to help those seeking answers.

What do legally married same-sex couples need to know when filing taxes this year?

If the couple was married in any state or any country legally, they will need to determine what their filing status will be for the 2014 tax year. If they married any time between Jan. 1 and Dec. 31, 2014, they have to file a federal return as “married filing joint” or “married filing separately,” unless they lived separately the entire year—this means not one night together. If that was the case, they could be considered “single” or “head of household” if they meet the requirements. By filing a joint return, each person agrees to be equally and solely responsible for the data reported on a joint return. If there are any concerns or either party does not know the financial situation of their spouse, they may want to think about the risks before filing a joint tax return.

All joint tax information would need to be used for both individuals and that would be reported on one federal tax return if they select married filing joint.

Of course in Georgia, same-sex marriage is not yet legal. So while being legally married in, say, New York, couples in Georgia must file separate state taxes as well—is that correct?

Yes, this is correct. If they reside in Georgia or any state that does not recognize same-sex marriages, they will need to start by preparing their federal and state return as though they were single or head of household. Once those returns are prepared, they will not file the federal return but rather attach it to the Georgia or other state return and include a statement that the federal return is not being filed as they are filing a joint return under DOMA [Defense of Marriage] but it is used strictly to be able to file their state returns since their marriage is not recognized under state law.

After they get their individual returns for the states prepared, they would merge their federal data in order to file a married filing joint tax return. Most tax software is now equipped to handle DOMA returns. They can be a little tricky because the software is not intuitive so there should be a thorough review of the married filing joint return to be sure both spouses information transferred over correctly.

Just recently I had a same-sex couple that prepared their own returns using Turbo Tax for 2013 and Turbo Tax filed them married filing joint for both federal and Georgia. Now they need us to help them amend their 2013 Georgia returns to correct the erroneous filings.

What about same-sex couples with children? What issues do they face when filing taxes?

With many LGBT clients having children, that too can become an issue because the laws have changed in the past few years to prevent the lower income taxpayer from claiming the children to get the earned income credit and the child tax credits because now if two people live together and share children, the highest earner is the one who has to claim the children.

It used to be that two same-sex people living in the same house could both claim head of household using the same qualifying children but now the rules have changed on this as well so the preparer really has to ask many questions to be sure the returns are being filed accurately.

What happens if Georgia gets same-sex marriage legalized this summer [after the Supreme Court ruling] and perhaps some couples have asked for an extension on their taxes—can they legally file state and federal taxes as legally married couples?

Knowing Georgia, they will not make this retroactive unless they are forced to do so. If I were married in 2014, I would probably file the extension just to preserve my position but they can always refile after the ruling. Remember, if you owe money, the extension is only an extension of time to file the return, not pay the taxes so a payment should be sent in with the extension April 15.

What are some of the most common problems you see with LGBT clients—both single and married—when it comes to filing taxes?

One issue is that with the joint returns under DOMA, a lot of our clients do not share finances, even after marriage, so filing a joint return requires disclosure of all income and expenses—that has triggered a few fights in my office.

Editor’s note: Tax attorney Dana Shaffner clarifies the above answer with this statement:

Think about it, otherwise a surviving spouse who is not on the loan couldn’t deduct the interest when he or she keeps up the payments after their spouse dies.

What are the three things you wish all same-sex couples, married or not, would understand when it comes to filing taxes?

• It is not as easy as it seems to file under DOMA in a state that does not recognize same-sex marriages.

• Tax planning should be part of the decision making process before getting married.

• Transfering assets to a partner or spouse should not be done without proper knowledge of the ramifications.

• Documentation for all expenses is crucial; do not claim a deduction unless you can support it with a receipt and proof of payment.