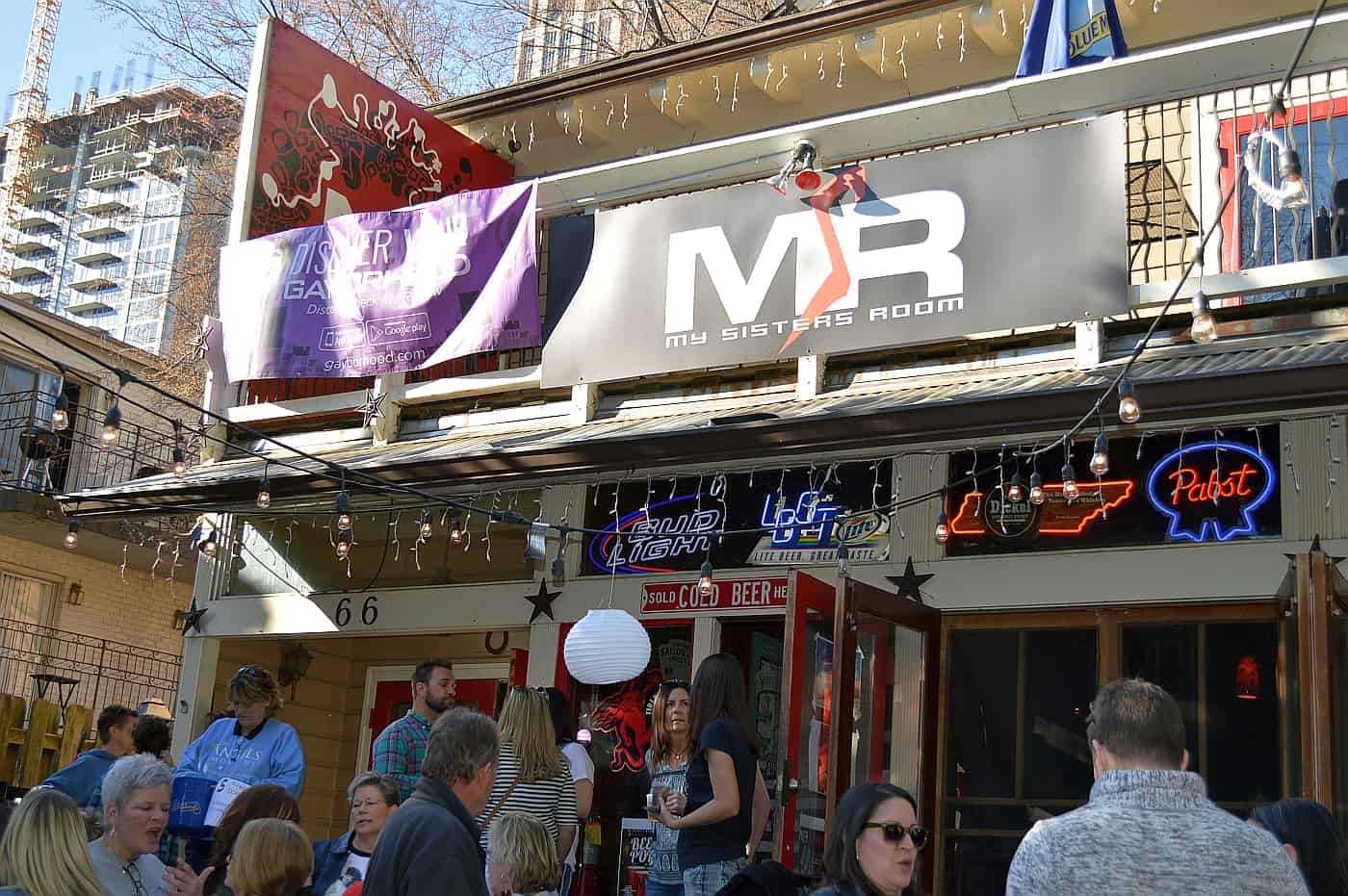 Fire, flooding cause My Sister’s Room to shut down for weeks

A fire and flooding in the aftermath of Hurricane Irma caused My Sister’s Room to shut down this week, with the owners being told it could take a month to fix the damages, setting the popular lesbian bar up to reopen the week of Atlanta Pride. [Headline and opening sentence updated with latest timeline 3:55 p.m.]

Owners Jennifer and Jami Maguire say neighbors of the bar alerted them to a transformer catching fire outside of the bar Monday evening.

“The transformer started popping, and it ended up exploding and catching on fire,” Jennifer Maguire said. “So it knocked the whole entire street of 12th and Crescent out.”

The owners drove down the next day and found water gushing out of the back side of the bar, and the basement of the three-level building completely flooded. The flooding continued even after the owners shut down the water to the building and after Atlanta Fire Rescue shut off water to the street. That’s when they took a look inside the office area of the basement, where they found the fire sprinklers going off due to the panel breaker boxes and power supply lines catching fire.

“It caught our whole office on fire. Thank God those sprinklers went off, because if not, it probably would have burnt the whole damn building down,” Maguire said.

The flooding hit what Maguire called “the brains of the bar,” a 2,000-square-foot space holding the kitchen, office, computers, servers, freezers, walk-in coolers, beer kegs and over $3,000 worth of food, which is now all ruined. They also remain without power five days later, with a construction crew using backup generators to repair the damages.

“I’m not happy at all. We’ve got our staff and everybody. Of course, we have insurance but it sucks,” Maguire said. “I thought everybody was being dramatic about the storm in Georgia. I’m from Florida and I’ve been through hurricanes. To see that it has caused this much damage and that people still don’t have power is just mindblowing.”

The owners are focused on doing whatever is possible to reopen before Pride weekend on Oct. 13-15 and serve the estimated 2,000 patrons that will visit MSR.

When asked what the community can do, Maguire said, “Just make sure to come out and support once we reopen. That’s the biggest thing. I’m just at a loss for words honestly.”