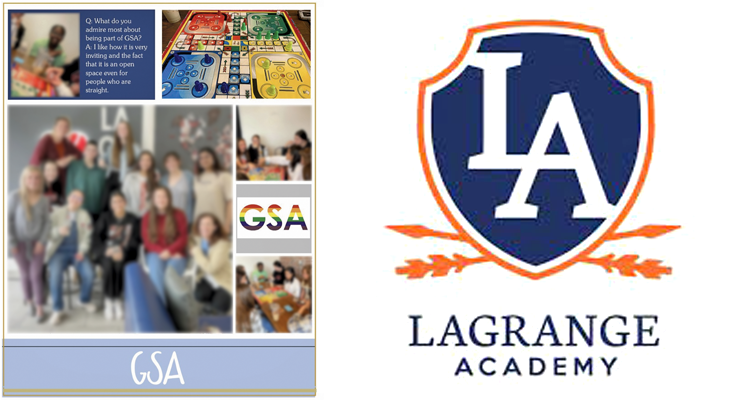 A former teacher from LaGrange Academy, who requested to remain anonymous, told Georgia Voice that potential anti-LGBTQ backlash from prospective parents has created barriers to the GSA since its inception.

It all started in December 2021, when students from the local chapter of the National Honor Society did a project painting a Little Free Library in town. On the front was the name of the school, and one student painted a rainbow on the top. A parent allegedly called to complain, so the students had to paint over the rainbow. This resulted in several students calling a meeting with the head of school to discuss starting a GSA.

“They said, ‘Well, if we can’t do this, can we create a group where we can have members of the LGBTQ community and allies come together?’ They were told verbally ‘yes’ by the head of school,” our source said. “That was in December. When we came back in January, we tried to get the group off the ground, and we had to jump through a lot of hoops that we weren’t told existed. [We were told] you have to have formal permission, which was never a thing before. We asked to put up flyers, so people knew the club existed. We were told ‘yes,’ and we did, and then they were all taken down. It was just a constant back and forth of ‘yes, but no.’”

The teacher told Georgia Voice that they had a meeting with the head of school where they were allegedly told that there was no protocol set in place for clubs to be established.

“I was like, ‘Can you please just tell us what the protocol is for starting a club so that for the future we know?’ He said, ‘Well, there isn’t a protocol. You guys are helping us to form the protocol now,’” they said. “How are we messing up this process if the process doesn’t exist? We were told on multiple occasions that the club could exist, but it kept being watered down so much to the point that it was unrecognizable.”

This trend continued. Our source says that the yearbook group was was allegedly told by the head of school that the GSA club page in the yearbook had to be approved, something that they said had “never happened before.”

The GSA is only open to high school students and is currently made up only of sophomores and seniors. However, because the school encompasses all grades from pre-K on, the club was allegedly told that having the word “gay” in the yearbook was problematic for parents and students in the lower school.

“I got an email from the head of school specifically saying we’re in a pre-K through 12 school, and our lower school parents are the ones who need to make the decision about whether they’re going to explain what homosexuality is to their kids, and that’s the reason we need to take these things down,” the former teacher said. “It’s very much ‘Don’t Say Gay.’”

The yearbooks were finally published and printed, but they have not yet been given to students. Our source says the teachers received an email saying the yearbooks were going to be edited, reprinted, and distributed in August. They believe it has something to do with the GSA club page, which featured a quote from a student that included the word “straight.”

“We had a quote from one of the members where the word ‘straight’ was used, and that caused a ruckus,” they said. “The yearbooks were printed and delivered, and the head of school requested to ask to see the yearbook. The next day, they were all gone and put in the head of school’s office. They ultimately decided that they weren’t going to give them out to the kids … They wanted to take quotes off all the club pages, which doesn’t make sense because it’s just things that say like, ‘I love being in Beta Club.’”

Our source says the students in GSA are aware of the situation and are “livid.”

Georgia Voice reached out to Brian Dolinger, the head of school at LaGrange Academy, for comment and received no response. We will publish updates as they come.