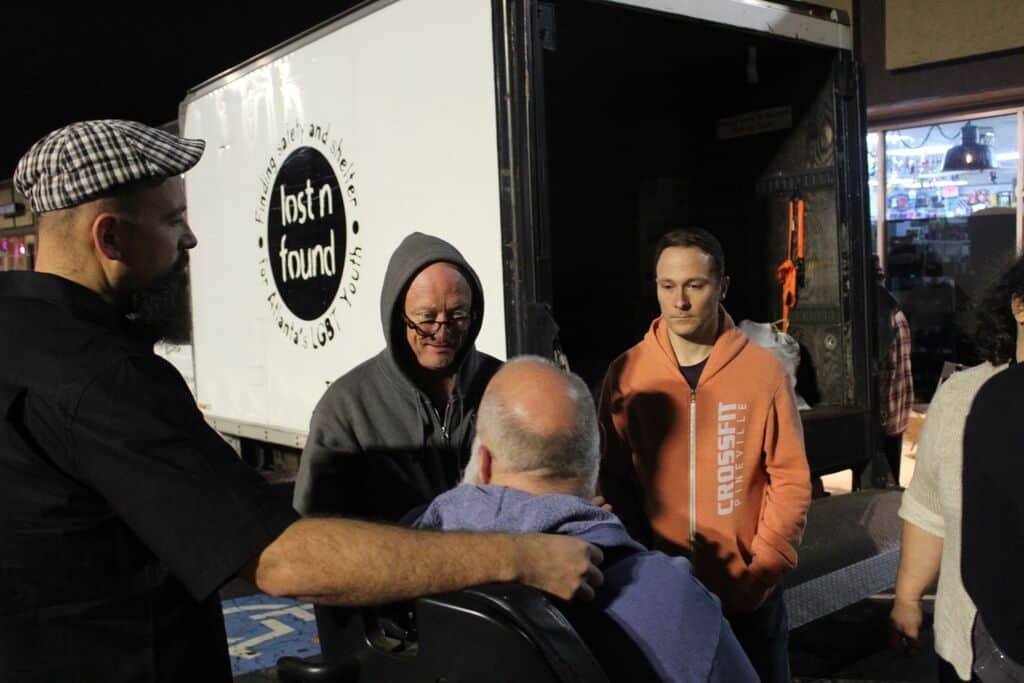 Rick Westbrook was driving back to Midtown Atlanta from the Cobb County Adult Detention Center one Friday morning in June. He was visiting the mother of a youth who is a client of Lost-N-Found Youth (LNFY), the LGBT homeless youth organization for which he serves as executive director. And then he heard the news—the U.S. Supreme Court had struck down same-sex marriage bans nationwide.

He had to pull over to the side of the road because he was so overjoyed by the news. But then it hit him.

“I realized that it’s probably going to cause a backlash for our kids,” Westbrook says. “And sure as shit, within the next month we went from 75 kids a month in the drop-in center to 300.”

That decision, coupled with Caitlyn Jenner coming out as a transgender woman in April, led to a surge in LGBT youth coming out, a backlash, and then a number of kids getting kicked out of their homes. It couldn’t have come at a worse time, as the organization continues to work with the city on getting permits approved for its future shelter in Midtown Atlanta.

When LNFY announced plans for the new facility last February, it had expectations of opening by that November. Flash-forward a year after that hoped-for opening and the facility, which will hold three times as many beds as the current shelter in the West End, plus add office space and a new drop-in center, remains empty. The group is holding off on all major fundraising efforts until the permits are approved, and the frustration is starting to show.

‘Any time you deal with the government it’s not easy’

It’s a damp, chilly Saturday night in November in Ansley Square Shopping Center and Westbrook is homeless. It’s just for the weekend, though, as he takes part in LNFY’s annual 48 Hours of Homelessness Vigil, living on the street for the estimated amount of time it takes for the group to reach homeless youth before they engage in high risk and/or criminal behavior.

Staff members and supporters drop by throughout the weekend to visit Westbrook, take him food and drop off clothes, gift cards and donations at the LNFY truck parked in front of Brushstrokes. The vigil will end up generating $10,000 in gift cards and donations, the group’s best haul yet, but Westbrook says the exposure and reminding people about that 48-hour window is even more valuable.

“People have come by to make sure I’m taken care of and people are always looking in when I’m sleeping to make sure I’m safe,” he says with a hoodie drawn tight around his face. “That’s just me being an old queen and knowing a lot of people, but our kids don’t have that.”

Westbrook is at a loss to explain why the permitting process has taken so long in order to enact the plans that will serve those kids. He says minor changes remain to be made here and there, but that each time the group resubmits the plans with the agreed-upon verbiage, new changes are requested and the process continues.

“I wish there was a speedier way to do it,” he says. “This has taken longer than I would have liked for it to. And for people that know me, I’m playing very very nice. But I’m getting at the end of my rope, plain and simple.”

Westbrook enlisted the help of and makes a point of recognizing the efforts of Atlanta City Councilmembers Kwanzaa Hall, Mary Norwood and Alex Wan, and says that Michael Nagy, interim zoning manager of the city’s Office of Buildings, gave him his personal cellphone number. Nagy did not respond to a request for comment by press time.

“The people that I work with at the city are all very understanding. I’m sure there are things that they have to adhere to. The customer service is there but it definitely needs to be expedited,” Westbrook says. “It’s frustrating and we deal with the same people each time we go in. It may be that they’re overworked and just missed something. Any time you deal with the government it’s not easy.”