An ABC news story from Oct. 15, 2010, reports that his parents said classmates became so frustrated with his Asperger’s Syndrome that “they would take things from him, spit in his food, call him ‘gay, faggot’.” 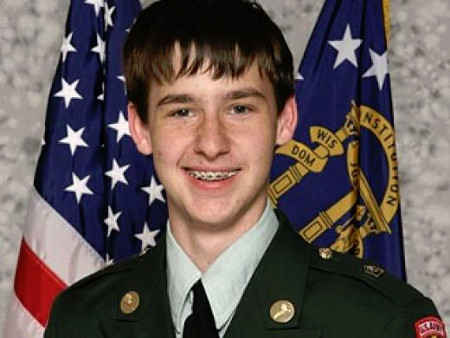 The suit claims the school system failed to protect Tyler, who was a qualified individual with a disability under the Vocational Rehabilitation Act and the American with Disabilities Act. The lawsuit sought $1.7 million from the school system.

Slate wrote a detailed story last May about the lawsuit and the judge’s ruling against the parents of Tyler Long and also questioned the filmmaker’s intent with “demonizing” the school.

In the Slate story, written by Emily Bazelon, the writer notes that while Judge Murphy dismissed the lawsuit, he also stated, “This is an emotionally charged case with very difficult facts. There is little question that Tyler was the victim of severe disability harassment, and that Defendants should have done more to stop the harassment and prevent future incidents.”

But the judge also stated in his ruling to dismiss the lawsuit failed to show that the school system showed “deliberate indifference” to protect Tyler.

The lawsuit alleges Tyler endured suffering at the hands of his classmates as well as school officials which led to his suicide.

“Because of his disability, Tyler Lee Long was subjected to a brutal and systemic pattern of bullying throughout his time as a student at the high school,” the lawsuit states. “[He] was ridiculed and emotionally bullied and physically beaten by other high school students on a regular basis.”

An example of the bullying cited in the lawsuit included a 2007 incident in which a female student told Tyler to “crap on [himself’ and be scared and then she poked him in the face with her finger. She also asked him why “he was being such a sissy and punched him in the face,” according to the lawsuit.

Tina and David Long state in the lawsuit they held several meetings with school administrators, seeking to punish students who bullied their son as well as find ways to keep him from being bullied. They alleged in the suit that the school personnel “turned a blind eye and allowed the bullying to continue.”

In October 2009, the lawsuit states Tyler endured another heavy bout of bullying while in guitar class while the teacher was not present. Students told Tyler to “hang himself” and he was also further taunted on the school bus. On the night of Oct. 16, 2009, Tyler hanged himself with a belt and was found by his father the next morning.

The Fulton Daily Report states this is the second time the Murray County school district has sought money from Tina and David Long. When Judge Harold Murphy dismissed the Long’s lawsuit last year, he ordered them to pay $20,000 to the school system to cover the costs of litigation.

Judge Murphy, however, ruled the school district was the winning party and the Longs should pay for its court costs.

Correction: An earlier version of this story had an incorrect photo of Tyler Long that continues to show up when shared on Facebook. That student that appears with Facebook postings is Alex Libby who is from Oklahoma and was also featured in “Bully.”

UPDATE: You can read a response from Tina and David Long to the Murray County school  district seeking to recoup costs by clicking here.

The Longs were featured in the official trailer of “Bully.” Watch it below.