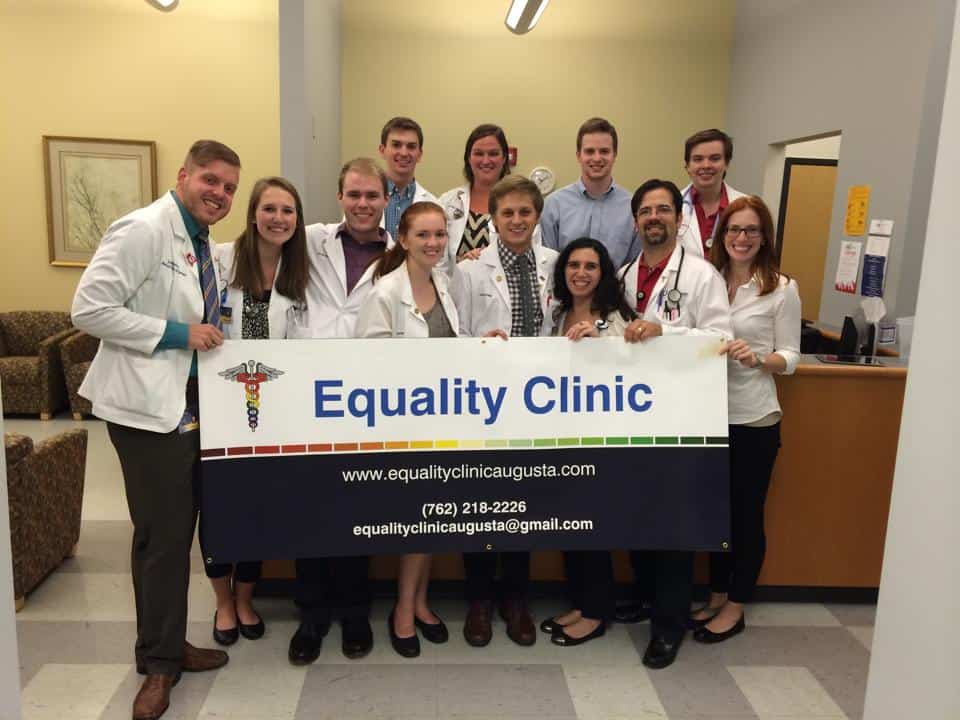 Although clinics across the state are training staff to deal with the specific health issues LGBT people face, the Equality Clinic is the first health care center in the state to specifically serve the LGBT community, said Linda Ellis, the executive director of the Atlanta-based Health Initiative, in an interview with the Augusta Chronicle last year when the clinic opened.

“LGBT individuals, particularly those who live in more rural areas, are often hesitant to access health care for fear of being discriminated against,” El­lis said. “That delay can often lead to more progressed diagnoses, costlier treatment and worse outcomes. Lives and money can be saved if LGBT individuals can feel safe in accessing basic primary care and screenings. GRU’s Equality Clinic is providing just that.”

From a press release announcing the award:

The Equality Clinic, which is operated by students and supervised by faculty, became the first clinic in the Augusta area to target lesbian, gay, bisexual, and transgender patients when it opened in fall 2014. The free, twice-monthly clinic offers primary care services in a culturally competent environment that without judgment or discrimination. While the clinic primarily focuses on LGBT populations, it is open to anyone whose income falls below the 200 percent poverty level and who is uninsured or underinsured.

Recent studies have shown that more than half of gay, lesbian, bisexual, and transgender patients have been refused care, blamed for their health status, physically or verbally abused by a provider, or refused to be touched by medical staff. The Equality Clinic opened to help address and eradicate those barriers.

The Equality Clinic serves an average of nearly 30 patients each month, some of them from as far away as Charleston, South Carolina. For more information on the Equality Clinic, visit: www.EqualityClinicAugusta.com.