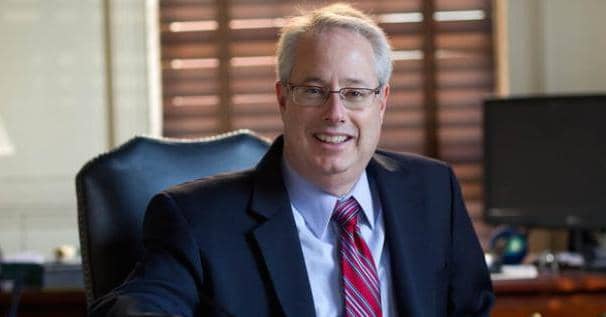 Georgia Equality is on the offensive and is petitioning state Attorney General Sam Olens not to defend the state’s constitutional ban on same-sex marriage. 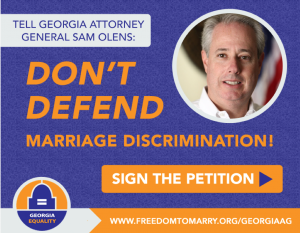 “Georgia Attorney General Sam Olens has the opportunity to do the right thing and avoid wasting taxpayer money defending the indefensible. Let Sam Olens know that Georgians of all political stripes sup- port marriage equality and don’t want to see Georgia’s leaders spend our money to be on the wrong side of history yet again,” states an email action alert from the state’s largest LGBT advocacy organization.

Lambda Legal filed a lawsuit on behalf of three gay couples and a lesbian widow on April 22 challenging the state’s same-sex marriage ban. Defendants in the lawsuit, including the State Registrar and Director of Vital Records and Fulton and Gwinnett County judges, have until July 21 to respond to the lawsuit.

Olens backing down seems unlikely, however.

Applaud SCOTUS decision upholding religious freedom, and I am proud to have joined an amicus brief supporting Hobby Lobby before the Court.

On Monday morning at 9 a.m., Georgia Equality and same-sex couples will deliver the petition with thousands of signatures to Olens’ office.

Attorney generals in Kentucky, Nevada, Virginia, California and Pennsylvania said they would not defend bans on same-sex marriage in their states.