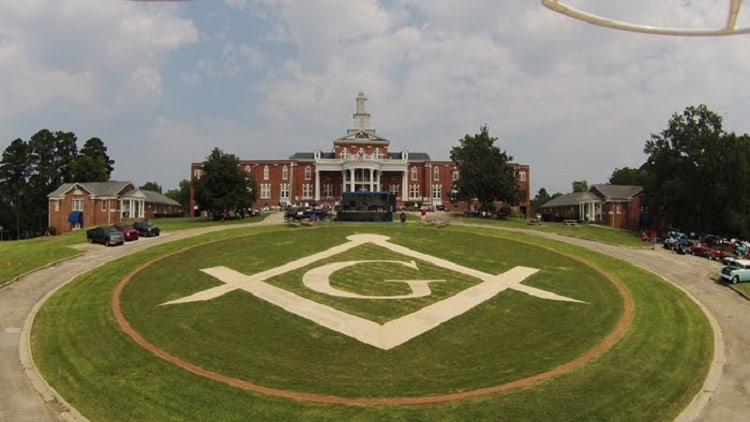 The Grand Lodge of Georgia, the main masonic body in the state, was created in 1786 and has over 400 lodges and over 40,000 members across the state. And they cemented some outdated, not to mention possibly legally problematic, principles at their two-day convention that ended Wednesday in Macon by upholding a vote to outlaw gay members from their ranks.

The edict was first issued by the lodge’s Grand Master Douglas McDonald on Sept. 8, and the website Freemasons for Dummies by Christopher Hodapp broke the news about this week’s vote:

Well, Georgia did it. The Grand Lodge of Georgia met yesterday and the voting members upheld Grand Master Douglas McDonald’s edict outlawing homosexuality, and throwing in fornication for good measure.

After several impassioned speeches on the floor against the measure, it passed with a very close vote that probably should have been counted individually, but wasn’t. The Grand Lodge now officially looks into a Freemason’s private bedroom.

McDonald commented on his edict in this month’s edition of the group’s newsletter:

Masonic Code Section 71-102.1 authorizes the Grand Master to issue an Edict which would apply to a significant question or issue which may be enacted as Masonic Law by the Grand Lodge. Resting upon that authority, Edict 2015-1 was issued on September 8 declaring that a Freemason is obliged to obey the moral law and Almighty God, the Grand Architect of the Universe, the Father of Abraham, Isaac and Jacob; that basic moral laws are not man-made Edicts or Decrees, but spring from the eternal justice and wisdom of Almighty God; Freemasons must constantly strive to keep their integrity intact, for it is our integrity that holds our way of life together, and when integrity is lost, all is lost; that good moral character is a pre-requisite for admission into Freemasonry and a strict observance of the moral law is essential for advancement and retention of good standing within the Fraternity; and the importance of the moral law as a fundamental principle of Freemasonry is exemplified by the fact that any act by one of its members involving a violation of the moral law is a Masonic offense, subjecting the offender to discipline; and that homosexuality is contrary to the moral law. The Edict concluded, “Homosexual activity with anyone subjects the offender to discipline.” Let us not forget that Webster’s Dictionary defines “irreligious libertine” as a person who shows a lack of religion and is morally or sexually unrestrained.

It’s unclear what exactly the “discipline” will be for those Freemasons who have “homosexual activity.”

The AJC points out that this isn’t the first time the Georgia Freemasons made headlines for their membership practices. In 2009, an Atlanta chapter of the Freemasons sued the state body saying its leaders were trying to disband them because they accepted a black man as a member.

McDonald’s edict is below.