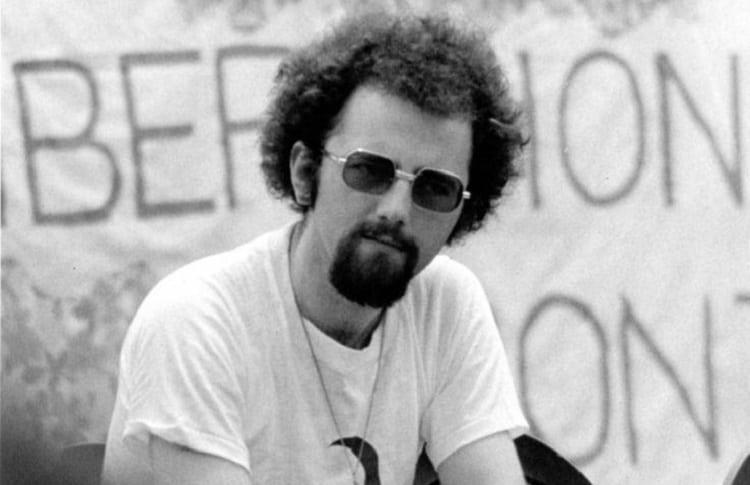 It was August 5, 1969, barely a month after New York City’s Stonewall Riots kicked off the modern LGBT rights movement in America. LGBT people across the country were simmering, Atlanta included—everyone was at the ready to ignite their city’s movement.

And—not for the last time—it was the Atlanta Police Department that lit the fuse.

That evening at what used to be the Ansley Mall Mini Cinema, the APD raided a screening of Andy Warhol’s “Lonesome Cowboys,” which featured gay sex scenes among other things. When the lights went up, officers started snapping pictures of the 70 or so patrons in the crowd, who then cleared the theater according to a Village Voice article about the incident. They seized the print and put the manager/projectionist under arrest on charges of violating Georgia’s obscenity law.

Activists led by a man named Bill Smith then founded the Georgia Gay Liberation Front in protest to the “Lonesome Cowboys” incident later that month. And it’s that group that we have to thank for later organizing the first Atlanta Pride march.

Makings of a march

Gay Liberation Fronts formed around the country after the Stonewall Riots, so the template existed for a GLF to come together in Georgia, remembers Dave Hayward, who moved to Atlanta in late 1971 and became part of the GGLF’s core collective. He says Smith was intent on representing the entire state with the group, which rarely happened with other GLFs at the time

“Thus Bill was a prime example of straddling the radical world and the more conventional traditional political world,” Hayward says.

The group didn’t feel they had enough support to mount a Pride march the following year, but they did hand out literature about the GGLF at that year’s Piedmont Park Arts Festival. But in 1971, it happened.

Around 125 people marched from Peachtree Street to Piedmont Park for the city’s first Pride. And since the city refused to grant a permit, the group had to march on the sidewalks and stop at every traffic light along the way. Berl Boykin, another pivotal figure in the founding of the GGLF, is believed to be the only person still alive who was both a part of the march and still living in Atlanta, but he was not available for an interview.

Judy Lambert, whose husband was bisexual, joined Smith as co-chair of the GGLF for the 1972 Pride march, which Hayward says was infamous for its lack of support from the gay bars at the time, the Cove and Sweet Gum Head in particular.

That year also brought the first known mainstream media coverage of Atlanta Pride, with Smith front and center on TV reports that night yelling, “What do we want?!” “Gay rights!” “When do we want them?” “NOW!”

But several months after that 1972 march, an internal altercation would signal the approaching end of the GGLF.

The end of the line

While Lambert and lesbian feminist and activist Vicki Gabriner were the chief female leaders of the GGLF, it was otherwise a very male-dominated organization. It was that fact that led to the formation in 1972 of the Atlanta Lesbian Feminist Alliance.

And it also led to a confrontation that year between Smith and another member named Severin (also known as Paul Dolan), who Hayward considers the first transgender leader of the GGLF. Severin later formed a short-lived splinter group called FLAME (Feminist League Against the Macho Empire).

“Whereas Severin was charismatic, and a performer at Pride marches and rallies and benefits singing his own songs in his own voice as a man with a mustache in an evening gown—’cosmic drag’ he called it—Severin did not have the organizational skills of Bill,” Hayward recalls.

The GGLF was able to put on one more Pride march in 1973 but due to dissension in the ranks and a fallout in participation, the group disbanded.

The players and the legacy

Other leaders of the GGLF included Charlie St. John, the first gay appointee to the Atlanta Community Relations Commission; Dr. Ara Dostourian, who founded one of the first LGBT student groups at West Georgia College; Shelby Cullum, an older member of GGLF who was from one of Atlanta’s oldest families; and Steve Abbott, who worked with Boykin on LGBT issues when both were at Emory University in the 1960s. St. John, Cullum and Abbott have since passed away while Dostourian is believed to now live in Rhode Island.

We were unable to confirm the current whereabouts of Judy and Phil Lambert or Vicki Gabriner.

Smith, who Hayward calls “our own gay Georgia George Washington,” went on to found Atlanta’s first LGBT newspaper The Barb. He also succeeded St. John on the Atlanta Community Relations Commission. He died of an accidental drug overdose in 1980.

Hayward, who still lives in Atlanta, is founder of Atlanta LGBT history organization Touching Up Our Roots and he has been named a grand marshal for this year’s Atlanta Pride parade.