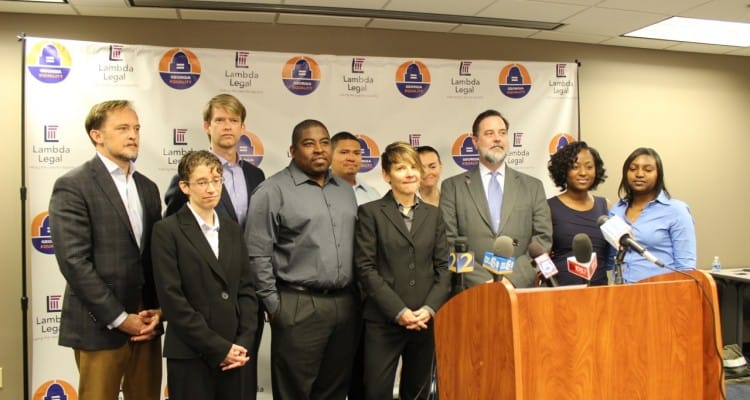 The seven gay people suing for the right to legally marry in Georgia and the legal team representing them will be Atlanta Pride grand marshals in this year’s parade. 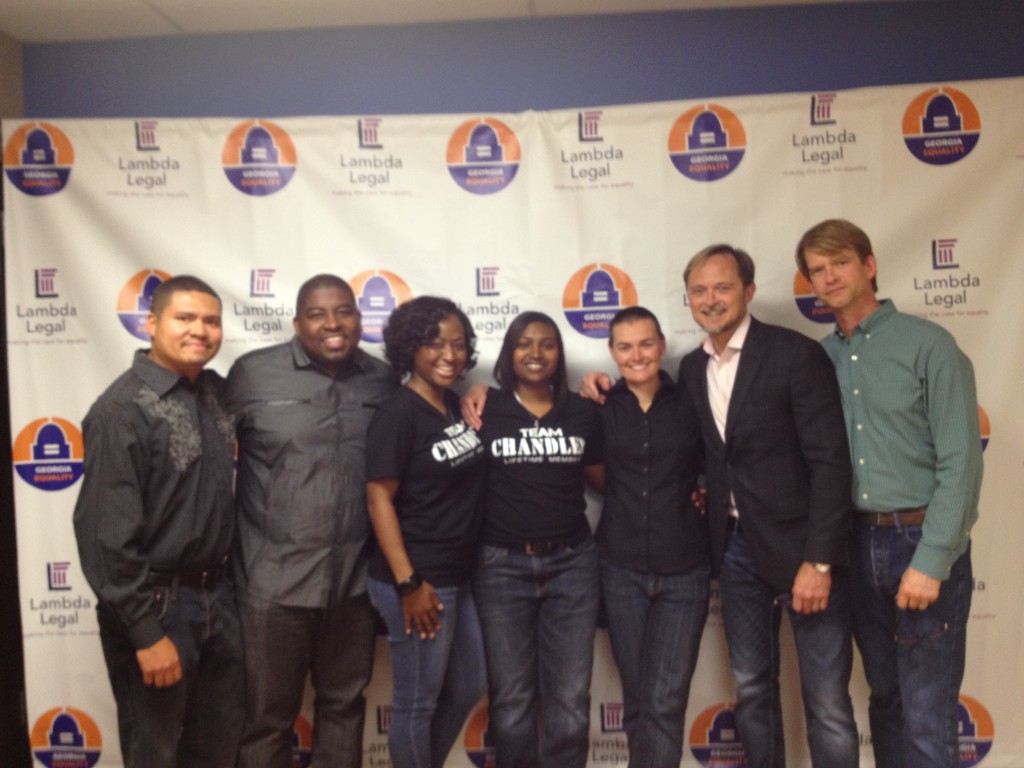 The Atlanta Pride Committee today announced its grand marshals for this year’s parade, set for Sunday, Oct. 12. There are 15 individuals and two organizations being honored as grand marshals for 2014. Atlanta-based Southern Regional Office of Lambda Legal is one of the organizations as well as three gay couples and a widow who filed a federal class-action lawsuit against Georgia officials challenging the state’s same-sex marriage ban.

The final selection came from more than 50 nominations to the Atlanta Pride Committee. “The field of individuals and organizations who were nominated was outstanding and it yielded a truly impressive array of grand marshals for 2014,” said Atlanta Pride Executive Director Buck Cooke in a prepared statement.

“As for our organizational honorees this year, the Georgia Safe Schools Coalition and the Southern Regional Office of Lambda Legal are literally working every day to ensure that the quality of life is better for LGBTQ Georgians. While their work impacts us today, it is exciting to think about the future of our state as a result of their good work,” Cooke added.

The plaintiffs who are Atlanta Pride grand marshals are:

• Christopher Inniss and Shelton Stroman of Snellville, together for 13 years and owners of Snellville Pet Resort. They adopted a child who is now in third grade. Because the fathers have different last names, there is often confusion with teachers as well as physicians. When Stroman tried to legally change his last name, he was “berated” in court by the judge for wanting to share the last name of another man, the lawsuit states. Here they are at the April 22 press conference explaining why they joined the federal class action lawsuit:

• Michael Bishop, 55, and Shane Thomas, 44, who have been together for eight years. They have two young children. They filed for a marriage license in Fulton County Probate Court on April 10 and were denied. The story of Bishop and Thomas and their family can be read by clicking here. Here Bishop explains why he and Thomas joined the lawsuit:

• Lesbian couple Rayshawn Chandler and Avery Chandler of Jonesboro.  The two legally married in Connecticut on June 26, 2013, and they are planning to have children, according to the suit. The two were officers with the Atlanta Police Department when the suit was filed. 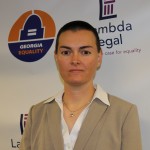 • Jennifer Sisson, 34, whose wife, Pamela Drenner, 49, died after a long battle with ovarian cancer on March 1.

The couple legally married in New York on Feb. 14, 2013. When Sisson and her 18-year-old son went to make funeral arrangements in Georgia, they were told, under Georgia law, Sisson could only choose Drenner’s marital status as “never married,” “widowed,” or “divorced.” The death certificate eventually read “never married,” causing tremendous pain to Sissons, according the lawsuit. 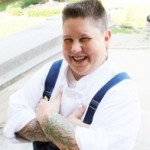 She was also a founder of the now defunct Mondo Homo, an alternative queer art and music festival that celebrated the otherness of Atlanta and the South’s LGBT scenes. For a few years, she held court as DJ Hawg Tied for the popular “Log Jam” parties at gay bar Mary’s in East Atlanta.

Other grand marshals are:

• Faisal Alam, a public speaker and project consultant. Alam is a gay Pakastani who founded the Al-Fatiha Foundation, an organization dedicated to advancing the cause of LGBT Muslims.

• Stephanie Guilloud, co-director of Project South: Institute for the Elimination of Poverty & Genocide.

• Michael D. Shutt, assistant dean for Campus Life and director of the Office of LGBT Life at Emory University.