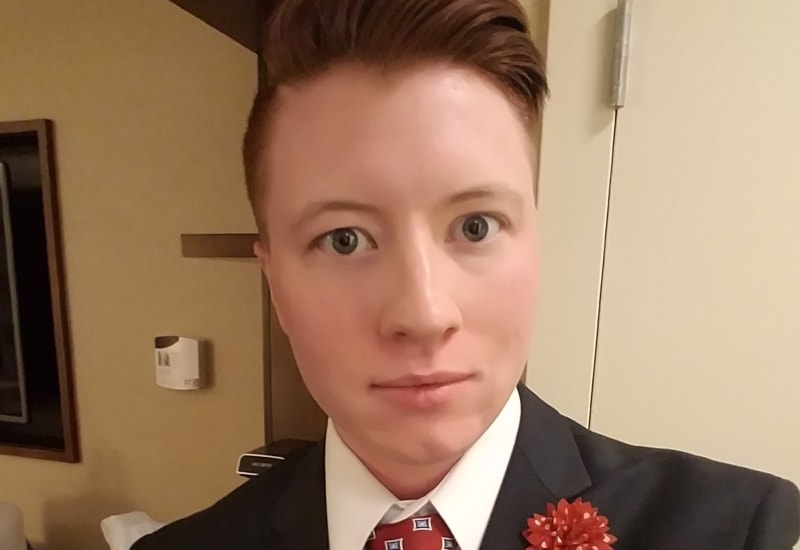 Lambda Legal filed a brief Thursday in the Georgia Court of Appeals on behalf of a transgender Augusta man whose petition to legally change his name to reflect his gender identity was denied by a trial court because it might offend the “sensibilities and mores” of other Georgia citizens.

Rowan Feldhaus, 24, was assigned female at birth but his gender identity is male. He filed a petition for name change in the Superior Court of Columbia County last July and provided all the necessary documentation for the name change at a hearing in February of this year, including an affidavit from his therapist confirming he is transgender and that changing his name would be an important part of his treatment.

Superior Court Judge J. David Roper stated that he would deny the requested name unless Feldhaus chose another middle name, because “Elijah” was not gender-neutral and he “do[es] not approve of changing names from male to female – male names to obvious female names, and vice versa.” Roper also stated that it could be “dangerous” for people not to know someone’s gender by someone’s name, but Feldhaus refused to seek another name to satisfy the judge’s opinion about “appropriate” names based on gender stereotypes.

Roper denied Feldhaus’ petition in March citing “this court’s policy” of denying names that are not indicative of a gender in a way that he approves of. He also cited his concern that Rowan’s name might offend the “sensibilities and mores of a substantial portion of the citizens of this state.”

Lambda Legal is appealing the denial, and in the brief filed Thursday they argued that the court abused its discretion when it denied Feldhaus’ name change and that the decision was arbitrary and based on insufficient reasons. The brief also argues that the court’s denial was unlawful discrimination based on sex and a violation of Feldhaus’ First Amendment right to freedom of expression.

“For many transgender people, going to the court to change their legal name is an important first step towards aligning their legal documents with their gender identity,” said Beth Littrell, senior attorney in Lambda Legal’s Southern Regional Office in Atlanta, in a statement. “There are only a few exceptions that allow a court to deny someone the right to change their name. Being transgender is not one of those exceptions. Changing your name is time-consuming and costly and should not be denied based on sexist notions or transgender bias.”

Feldhaus, who works with the Singh Investment Group and is a student at Augusta University, said in a statement, “I felt insulted and objectified to be told by the court that I would not be able to have the name that my family, my friends, and my co-workers all call me, based on sexist opinions about ‘appropriate’ names. It can be a scary situation when I show up for work or the first day of class and my legal name does not match my public presentation and my gender identity. I just want to change my name so that it reflects who I am.”

Here’s a copy of the Lambda Legal brief filed today: