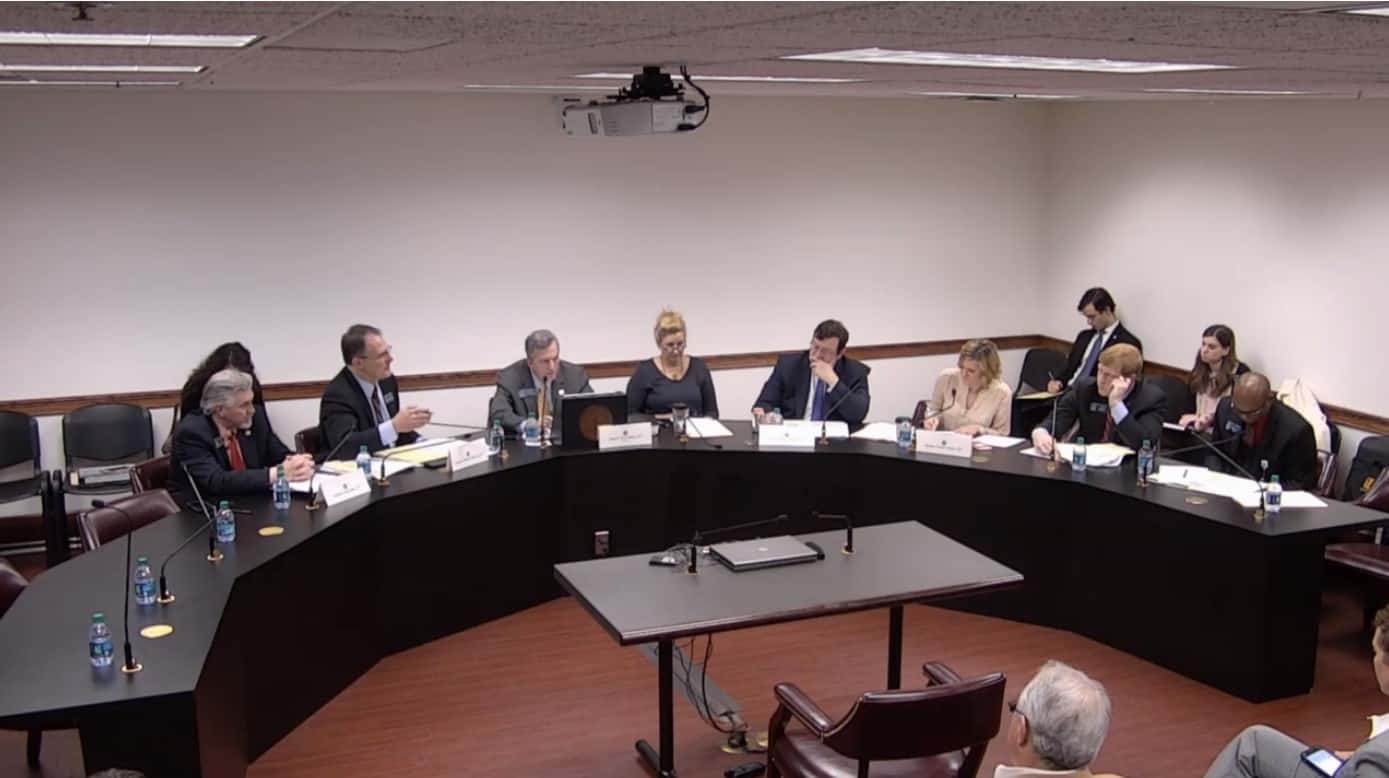 The Georgia Senate Judiciary Committee on Tuesday morning passed a bill that would allow adoption agencies to refuse to place children with same-sex couples based on their religious beliefs. The bill would also prohibit the Georgia Department of Human Services from taking “adverse action” against such agencies. There were no public comments allowed, and the bill passed along party lines and will now head to the Senate floor for a vote.

Senate Bill 375, called the “Keep Faith in Adoption and Foster Care Act,” was introduced earlier this month by state Sen. William Ligon (R-Brunswick), who added similar language to an adoption overhaul at the end of last year’s legislative session, causing the bill to stall. A Senate Judiciary sub-committee met on Feb. 8 to take up the bill, moving to send it on to the full committee.

During Tuesday morning’s hearing, Ligon argued that passage of the bill would allow for more opportunities for adoption instead of less. State Sen. Elena Parent (D-Atlanta) questioned that claim, and pointed out that religious adoption agencies in Georgia already have the ability to refuse to place children with same-sex couples.

“It seems like [the bill is] dealing with problems that do not exist, although it might make people feel better,” Parent said.

“It’s not a matter of feeling,” Ligon responded.

However, Melissa Carter, executive director for the Barton Child Law and Policy Center at Emory University, told the AJC in a Feb. 19 story that no religious adoption agency has been refused a contract with Georgia’s foster care system based on its beliefs.

Sens. Parent and Harold V. Jones (D-Augusta) were the only “no” votes against the bill.

“There are LGBT kids who are in the system, and they’re more likely to be in the system than kids who don’t identify as lesbian or gay, so I think there’s a real question about whether they could be harmed,” Parent said as the bill was about to come to a vote. “The legislation puts the religious beliefs of those who serve kids above the kids themselves, and that’s why I have a particular problem with this.”

The Senate Judiciary Committee members included Sen Greg Kirk (R-Americus), author of the hybrid anti-LGBTQ religious exemptions bill that roiled the state and caused a national backlash two years ago before being vetoed by Gov. Nathan Deal, and Sen. Josh McKoon (R-Columbus), the Secretary of State candidate who has been the face of such religious exemptions bills for the last four years at the Legislature.

Georgia Unites Against Discrimination — a project of statewide LGBTQ rights group Georgia Equality — sent an e-blast out to followers the day before the meeting urging them to contact their senators.

“We can’t let lawmakers forget what’s at stake. First and foremost, the well-being of the nearly 14,000 children in our adoption and foster care system,” the e-blast read. “Child welfare advocates have been clear that allowing adoption agencies to discriminate won’t help place more children with loving families — in fact, it would let LGBT youth languish even longer in the system. And SB 375 could deal a serious blow to our chances of landing Amazon’s new headquarters. That’s why this morning, the Atlanta Metro Chamber and the Georgia Chamber spoke out strongly in the AJC against this bill. Rush a message to your senator now letting them know Georgia simply cannot afford this license to discriminate, SB 375.”’

The Senate Rules Committee will meet later Tuesday to decide which bills will come up for a full vote in the Senate, which is in session again on Wednesday.

“First Data is based in Atlanta and we are proud to call Georgia home. However, we are strongly opposed to SB 375, the proposed legislation in Georgia that we believe perpetuates discrimination against the LGBT community,” said Cindy Armine-Klein, First Data’s Chief Control Officer, in the statement. “First Data is committed to fostering an inclusive workplace that promotes fairness and diversity, and the proposed legislation violates our core belief that all Americans deserve to be treated equally and respectfully.”

“There are no winners with SB 375,” said Jeff Graham, Georgia Equality’s executive director. “This bill does not help the thousands of young people in our state’s adoption and foster care system. It does not help loving parents who are looking to open their homes to children in need, either through fostering or adoption. It does not help our state’s economic image – particularly at this crucial juncture in our bid to bring up to 50,000 new and high-paying jobs to our state through Amazon. There are only losers with this bill: children denied permanent and loving homes, and potential parents coldly turned away simply because of who they are.

“Georgia is being tugged in two very different directions at the moment, and lawmakers in the Senate should pause before advancing this bill. We have an opportunity to continue strengthening our state’s brand by enacting welcoming and inclusive policies that protect everyone from discrimination, or we can codify discriminatory practices that hurt Georgia’s kids, hobble our communities, and stagnate our economy.”