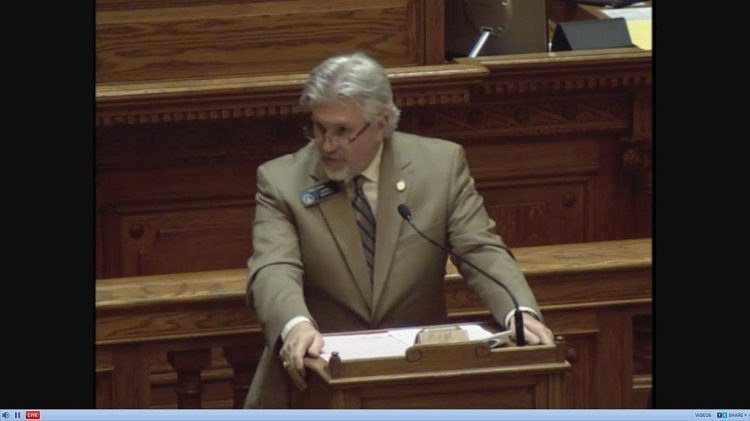 The Georgia Senate passed House Bill 757 Wednesday evening 37-18, sending it to Gov. Nathan Deal’s desk and putting it one signature away from being law. A so-called “compromise” bill was introduced earlier in the evening that LGBT groups across the country slammed.

Also, the revised bill includes much of the language of the federal Religious Freedom Restoration Act of 1993, which requires government to prove a “compelling governmental interest” before it interferes with a person’s exercise of religion. There’s a provision added that says it cannot be used to allow “discrimination on any grounds prohibited by federal or state law” but there are no federal or state laws that expressly protect LGBT people against discrimination.

State Sen. Greg Kirk (R-Americus) called it “a great day in Georgia” on the Senate floor in the midst of the debate before the final vote. Kirk is the author of a so-called “First Amendment Defense Act,” the anti-LGBT language of which was inserted into state Rep. Kevin Tanner’s (R-Dawsonville) HB 757. That move caused a national backlash, especially from the business community, and led Gov. Deal to come out strongly against any bill that would permit discrimination based on religious beliefs.

State Sen. Harold Jones (D-Augusta) spoke passionately against the bill on the Senate floor, saying, “This is not a proud day in Georgia. This is a day we will look back on and say ‘We were wrong.'”

Many warned of a boycott to come, as happened to similar legislation in Indiana.

“Republican lawmakers should be ashamed of this small-minded piece of legislation. If this bill is signed into law, today will be looked back upon as one of our state’s most disgraceful moments in modern history. Georgia has been down the road of discrimination before, and it did not end well.

“The business community has been consistently clear with their aversion of this legislation. If the GOP’s goal was to draft an economic stimulus for attorneys, then mission accomplished. The resulting litigation from this move will clog our courts, paralyze our economy, and drain our business community dry. HB 757 is a short-sighted move by Republicans that will have consequences for years to come.

“Discrimination and exclusion are not Georgia values, and history has shown that hope and progress always win.”

Georgia Republicans for the Future commended the House lawmakers that voted against the bill and called for Gov. Deal to veto the bill.

The Georgia Senate votes 37-18 to legalize discrimination. Shame on us all. #gapol

“Governor Deal made clear weeks ago that he wouldn’t sign legislation that allows discrimination–now is the time for him to show Georgia and the nation that he means it. Shockingly, the decision by the legislature today was to make an egregious and discriminatory bill even worse. It’s appalling that anti-equality extremists in the legislature are trying to ignore the will of the people of Georgia, and to empower businesses with the explicit right to discriminate and deny service to LGBT Americans. Corporate leaders in Georgia and across the country have already spoken out against this bill because the First Amendment already protects religious freedom. It’s time for Governor Deal to veto H.B. 757. Anything other than a swift veto is only courting an Indiana-style backlash.”

“We are deeply disappointed that the Georgia House and Senate passed HB 757 and we urge Governor Deal to veto this discriminatory bill. This is still a terrible bill and it is nowhere near a solution. It is equally as divisive and harmful as the bill that is opposed by hundreds of ministers, thousands of employers, and tens of thousands of Georgians.

“We cannot replace a bad bill with another bad bill. And this is a very bad bill. It invites discrimination and encourages lawsuits. It is targeted at the LGBT community but will sweep in others. It purports to excuse anyone from following the law if they claim it burdens their religion.

“This bill encourages government officials to use religion to treat LGBT people, and others, unfairly and to ignore anti-discrimination policies. Freedom of religion does not give any of us the right to discriminate against others. The bill is a toxic recipe for increasing disputes, discord and discrimination across the state. It would allow taxpayer-funded faith-based organizations (like soup kitchens, homeless shelters, etc.) to deny services to LGBT people or others, and to fire and otherwise discriminate against LGB people. It could apply to universities, colleges, schools, businesses and organizations – big and small — that are tangentially-related to, or affiliated with, a church. Most egregiously, this bill could override Non-Discrimination Ordinances in a host of ways.

“Lambda Legal urges the Governor to veto this bill before it causes damage and legal havoc between neighbors, landlord and tenant, employee and employer, and customer and company.

“Do not be fooled — nothing in this bill protects LGBT people from discrimination. It is a shameful and blatant attempt to roll back equality for LGBT people and their families.”

“Governor Deal spoke from the heart just a few weeks ago when he stated his unequivocal opposition to legislation that does exactly what HB 757 portends to do. Nothing in the License to Discriminate legislation has changed for the better since Governor Deal made his original remarks – in fact, the bill is worse. Governor Deal must veto this dangerous legislation. Georgia’s economy and brand are both at stake. This is alarmingly similar to the course of events we saw play out in Indiana, right before religious exemptions legislation in the state cost millions in lost revenue.” 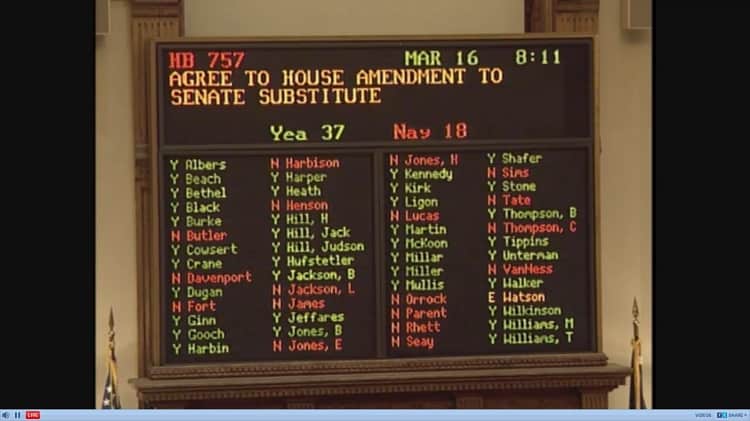