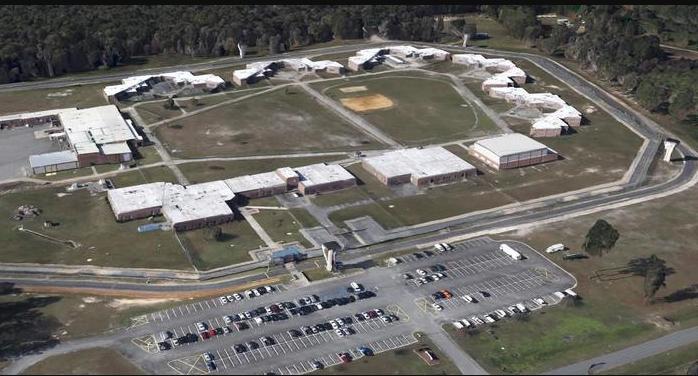 The Georgia Department of Corrections (GDC) agreed to settle a lawsuit brought by the family of Jenna Mitchell, a 25-year-old transgender inmate who committed suicide at Valdosta State Prison December 6, 2017, by hanging herself in her cell. The prison system has agreed to pay a $2.2 million settlement to her parents.

The four defendants who were named in the lawsuit are the GDC, the warden at the time, Don Blakely, a correctional officer at the time, James Igou, and the Georgia Board of Regents.

The regents board is named because it manages Augusta University’s program called Georgia Correctional Healthcare, which provides health care for inmates, including mental health care.

“The financial settlement is barely nudging any kind of justice,” Sheba Maree, Mitchell’s mother, told CNN in an exclusive interview. “I’d rather have my child … nothing will ever, ever, ever, ever take the place of my child. To me, this is blood money, and I will not stop until the people involved with her death are held responsible.”

Maree told CNN that she is calling for a criminal investigation into the death. She believes her daughter was neglected by the guards because she was transgender.

Convicted in Union County, Georgia in 2015, court documents show Mitchell was sentenced to 10 years in prison after pleading guilty to robbery by intimidation.

The lawsuit also said that Mitchell had a history of hurting herself.

According to the suit filed in 2019, Mitchell had been approved for gender reassignment surgery but was being held at Valdosta State Prison, a men’s prison. Albany, Georgia’s NBC/ABC-affiliated television station WALB 10 reported that the lawsuit focuses a lot on what happened between 1:30 and 2:00 p.m. that day that Mitchell committed suicide.

Around 1:30 p.m., the suit says Mitchell asked an attendant to find corrections officer, James Igou, and a sergeant, Wallace Richardson.

The lawsuit said Igou went to Mitchell’s cell and saw a noose around her neck.

The suit accuses Igou of taunting her and encouraging her to commit suicide.

Around 1:35 p.m., they say Igou walked away, and at least one other inmate told him Mitchell was committing suicide.

They say he laughed and shouted that she should wait until he got back because he “wanted to see.”

Before he returned, the lawsuit says Mitchell hanged herself.

Around 1:40 p.m., the lawsuit implies Igou and the sergeant took their time getting back to the cell. A minute later, they say Igou left, and the sergeant stood outside the open cell door a few feet from where Mitchell’s body was hanging. Around 1:45, the suit says Richardson closed Mitchell’s cell, locked it, and walked away.

Two minutes later, Igou, the sergeant, and another officer walked back. At some point between 1:47 and 1:54 p.m., the lawsuit says Igou and Richardson handcuffed Mitchell. Around 1:54 p.m., Mitchell’s parents say she was cut down.

Records from Lowndes County show a 911 call was made around 1:57 p.m., apparently from a staff member.

This is a transcript of that call:

Dispatcher: “Lowndes County 911, where is your emergency?”

Caller: “Hey, can I get an ambulance dispatched to Valdosta State Prison?”

Dispatcher: “Okay. What’s the address there?”

Dispatcher: “Okay. Is this the main prison?”

Caller: “Yes. Come in by the tower. I’m not sure of the nature of the emergency, but everybody’s running. So, we need them like real fast.”

Dispatcher: “You need an ambulance?”

Dispatcher: “We’re going to have to know what’s going on at some point.”

Dispatcher: “Okay, well there’s a difference between CPR and somebody unresponsive. So, they’re not breathing?”

Dispatcher: “Okay. We’ll get them on the way.”

Mitchell was pronounced dead at the hospital two days later.

The Georgia Department of Corrections is currently under investigation by the U.S. Department of Justice Civil Rights Division for years of reported homicides inside prisons, prisoner-on-prisoner violence and the sexual abuse of gay, lesbian and transgender prisoners by other inmates and staffers.

Family members, concerned residents and civil rights organizations including the ACLU of Georgia have filed complaints about the situation within the state’s correctional system that has been described as inhumane condition. pointing to such issues as feces- and urine-covered cells due to sewage backups and prisoner-on-prisoner violence.