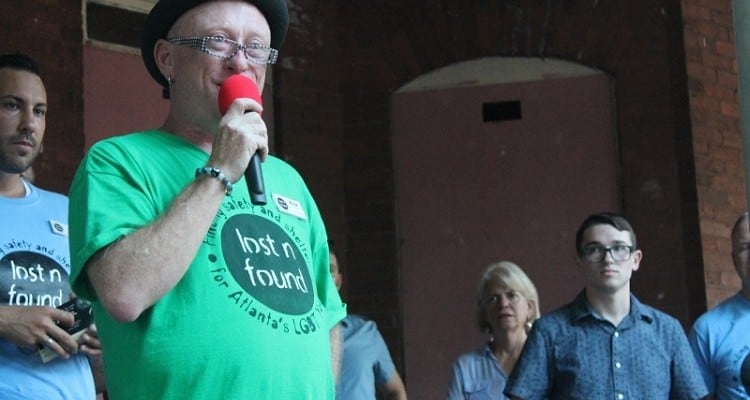 A new report released Tuesday morning shows that Atlanta’s LGBT homeless youth problem is worse than once thought. The Georgia State study showed that over 950, or 28.2 percent, of the 3,374 homeless and runaway youth they surveyed in the metro Atlanta area self-identify as LGBT. That’s a 27 percent increase over a previously reported estimate of 750 LGBT homeless youth in the area.

The new findings come from Georgia State University’s 2015 Atlanta Youth Count and Needs Assessment (AYCNA), which took place from May through July of last year and involved 50 Georgia State and Emory University students scouring the metro Atlanta area to count homeless youth between the ages of 14 and 25.

“Certainly the fact that well over one-in-four homeless youth identify as LGBT, the 6.5 percent that identify as transgender, all of those sadly reinforce what we have known anecdotally for a really long time—that homelessness among young LGBT people is something we really need to focus on,” said Georgia Equality executive director Jeff Graham, who was in attendance at the Tuesday press conference.

The study team was led by Dr. Eric Wright, Professor of Sociology at Georgia State, who is also a Georgia Equality board member. Wright said that the genesis of the idea for the study came after he became a member of the Atlanta Coalition of LGBTQ Youth (ACFLY), a program of Georgia Equality led by Emily Brown, who was also in attendance Tuesday. Brown told Georgia Voice that the issue of homeless youth came up often in their meetings.

“I look at this as Georgia State responding directly to the community’s need for data on an issue that we need resources on,” she says.

Graham says they plan on incorporating the new data into Georgia Equality’s work on HIV, youth engagement and transgender issues and making it a priority in future policy agendas now that they have data they can push policymakers on.

Transgender and gender nonconforming homeless youth reported higher rates of sexual activity, with 37.8 percent reporting sexual activity with six or more partners in the past year versus an overall average of 22.6 percent who reported the same.

Over half of the transgender and gender nonconforming homeless youth reported being the victim of sexual abuse and nearly all—93.1 percent—reported that they had been paid for sex.

There were, however, some surprising numbers on HIV testing and infection. 88.5 percent of the total respondents reported being tested for HIV at least once ever, with four out of five in that group saying they’d had a test in the past year. And only 2.7 percent of the overall group reported being HIV positive, with 2.8 percent saying they didn’t know their status.

When questioned about those numbers by Mayor Kasim Reed’s LGBT liaison Robin Shahar, especially considering metro Atlanta has the fifth highest HIV infection rate in the country among metropolitan areas, Wright said his numbers might be a result of the large amount of respondents who had been homeless for less than a month and therefore had less exposure to higher risk behavior. He also said they will continue to analyze the data.

‘We’ll have to step it up even more’

Rick Westbrook, executive director of Atlanta homeless LGBT youth organization Lost-n-Found Youth, had been estimating the number of the city’s homeless LGBT youth to be 750. He got the number from taking the total number of homeless youth found from a 2013 Metro Atlanta Tri-Jurisdictional Collaborative Homeless Survey, and then using the data from a 2012 Williams Institute study that found that 40 percent of the nation’s homeless youth are LGBT. The release of Tuesday’s report changed that.

“That’s more than we thought. Much higher,” Westbrook said after Tuesday’s press conference. “We’re dealing with those kids one-on-one and that just means we’ll have to step it up even more.” The group recently received permits from the city for a new shelter and have kicked off a $1 million capital campaign, the first big event of which occurred last Friday at the Fox Theatre. Westbrook says they’ll find out the total amount raised for the group in the next couple of weeks.

There was one surprisingly positive aspect to emerge out of the study’s findings—a sense of hope among the city’s homeless youth.

“They’re dreamers,” Wright said. “And despite their difficult circumstances, they really were optimistic—psychologists would call this resilient—for the future. And they had big ideas and big dreams.”

It surprised Graham the most too, who told Georgia Voice, “Clearly if we can find ways to engage them in the solution-making process, engage them in working directly with policy makers, I think we can get a handle on this here in Atlanta.”

Georgia State’s study team will continue to analyze the data from their study and release further reports in the coming months.

View the full contents of the study below.