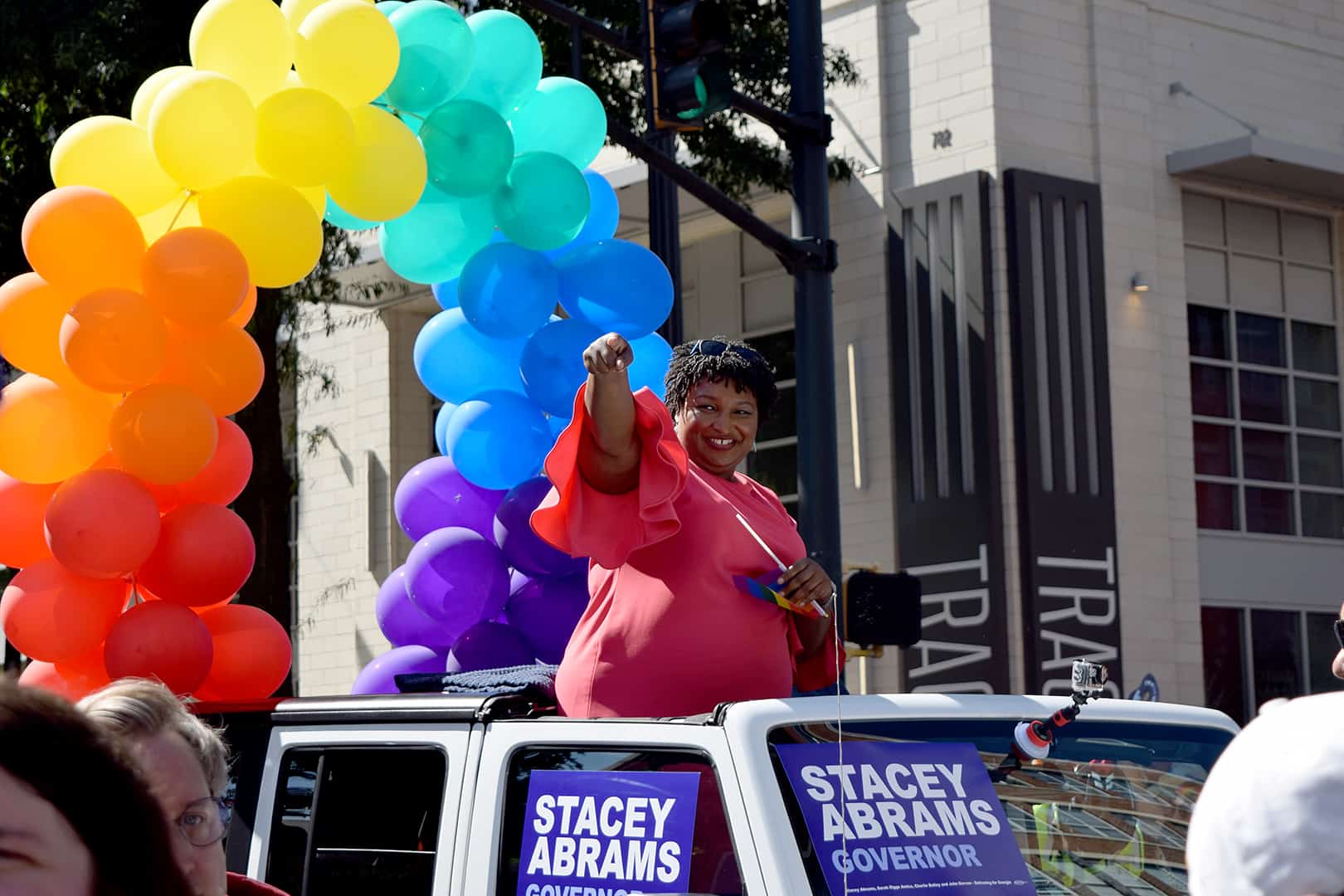 If you’ve ever wondered what a political warrior in 2018 looks like, this is your woman. Stacey Abrams fought throughout her long campaign, despite the looming negativity that she just wasn’t what Georgia needed. She energized voters on both sides with her progressive stances on healthcare, education, voter reform, and equal rights for fellow Georgians. But she came up short though, losing to her competitor by just over 54,000 votes.

Abrams says this isn’t the end of the road and that she’ll undoubtedly run again, but when? She’s eager for 2020 or maybe even another run for governor in 2022. It’s yet be decided, but for now, she’s championing against voter suppression. Abrams has vowed to help reshape the outcomes for future elections, working for election reform through the organization she chairs, Fair Fight Action. It’s because of her persistence in making sure others can exercise their rights, that the issue won’t be suppressed any longer.

She embodies the ideals that many politicians have failed to live up to and for that, the Georgia Voice names her ‘Person of the Year’. We caught up with the Yale grad and former House minority leader on what she’s been up to since election day.

Where are you right now and what are you doing? How are you feeling these days? (And feel free to be as brutally honest as you can be. So many of us out here are grinding our teeth when the election results come up in conversation.)

I am heartbroken for those Georgians who were unable to have their vote counted. I have been sharing the story of our election and am now taking some time to relax and reflect on my next steps. I know we will have some tough fights ahead of us, and I intend to be energized and ready to stand with Georgians when the moments arise.

What would you say to people out there who are afraid of the outcome? Is there a good reason to be scared, or is this something we can get through with relative ease? (Who should be MOST afraid, if it’s cool to ask … and as a follow-up, what should they/we do?)

Georgians must prepare to fight for their rights. We know we will need to organize in order to end voter suppression, expand Medicaid, and keep discriminatory “religious freedom” legislation from becoming law. But if we remain energized, our collective power will be unstoppable.

What are the top issues that you hope Brian Kemp and his team will try and be bipartisan and open-hearted/minded about?

And Medicaid expansion is a matter of life and death. Rural Georgians, women, LGBTQ Georgians, and people of color are dying because our rural hospitals are closing. Our HIV rates are rising, and our maternal mortality rates are skyrocketing. Our state cannot afford to abdicate its responsibility to our most vulnerable communities any longer. I hope he realizes this and covers the almost 500,000 Georgians who would benefit from the expansion. He’s said he opposes expansion, so while it is my greatest hope that he changes his mind, I believe it will take the power of the grassroots to convince him.

We’d like to see the Stacey Abrams we wouldn’t normally see on the campaign trail. At which restaurant might we find Ms. Abrams on a rainy Tuesday night? (Or any night, really. Just a place you get a craving for and can’t turn down.)

I enjoy visiting the restaurants in my former district — small businesses like Le Petit Marche. But on a rainy Tuesday, you would likely find me in my home either with my family or watching a show. Currently, I enjoy Supernatural and The Good Place.

What’s something about your relationship with Brian Kemp that might surprise our readers?

Our disagreements over election administration and voting rights are nothing new. They have been outlined and publicized in the press. But nearly every time my organizations and their allies have gone to court over voter suppression, we’ve won.

Do you recall a specific time in your life when you saw something on TV/radio/internet and thought, “Okay, yeah. I’d be good for Georgia as a representative”?

I outline my thought process a little in writing my book, Minority Leader, but my ultimate goal has always been to eradicate poverty. For some time, I aimed to be mayor of Atlanta. But at one point, I realized that poverty eradication needed the power of the state behind it, and decided to one day run for Governor.

I have (through LOTS of regular denizens’ word of mouth) people that if they could just go back and “pull the lever for Abrams,” they’d feel so much better about the future of Georgia. How can this new endeavor help that remorse? What is it that you need those folks to do going forward?

I hope Fair Fight Action serves as a beacon of hope for Georgians. We will not back down from the tough fights Georgians will soon face. When the legislature or Brian Kemp try to discriminate against LGBTQ* Georgians or our immigrant communities, when they refuse to expand access to critical health care, or when they threaten our education system, we will be there. And we will leverage the grassroots power of Georgians from around the state to create extraordinary results and hold the powerful accountable.