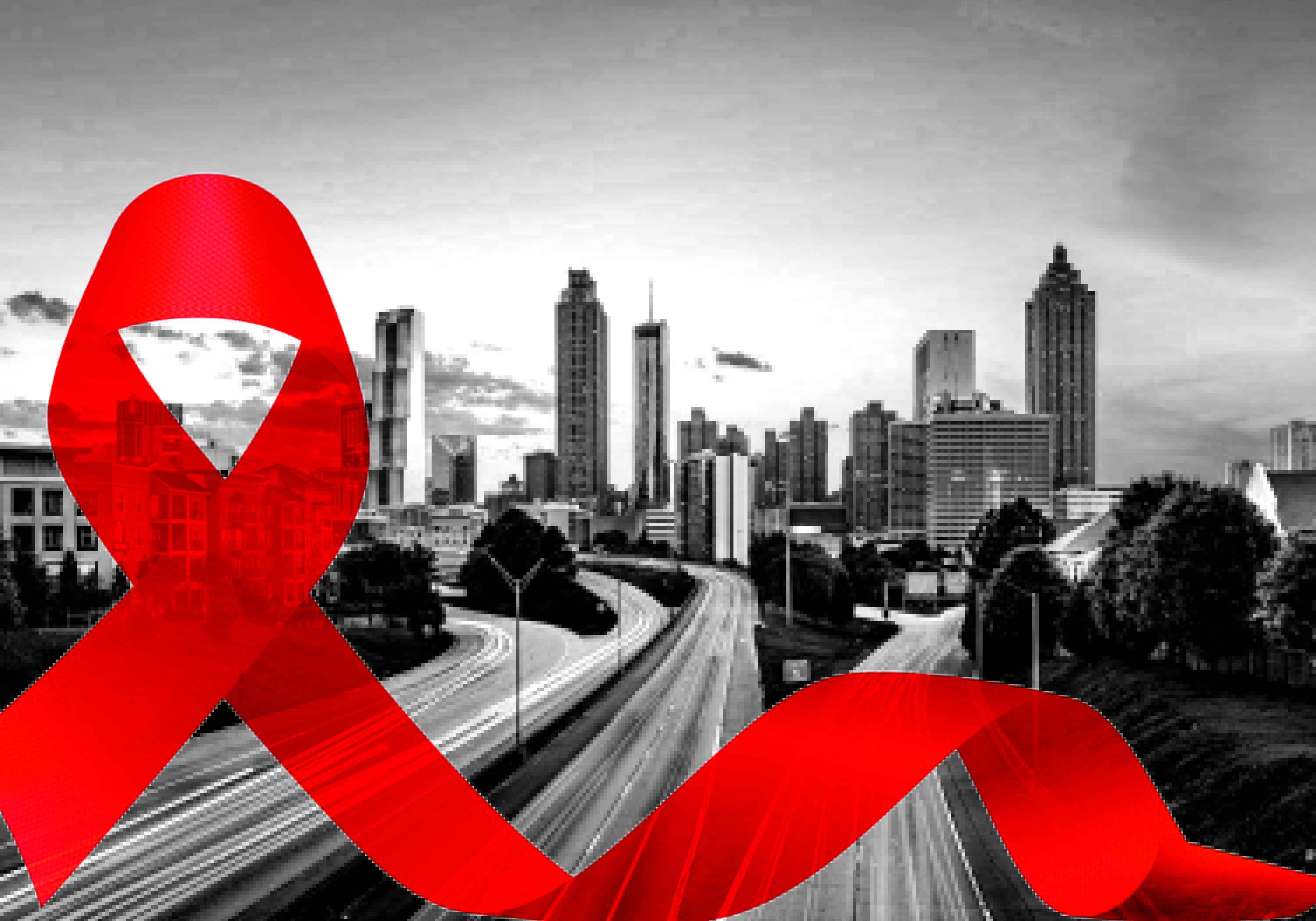 Zoe Seiler
Atlanta
December 19, 2019
The HIV epidemic is still an issue in Atlanta and Georgia. Some areas in Atlanta have rates of HIV/AIDS that are six to eight times higher than the national average, according to an article from Emory University’s Emory Health Digest.
Georgia ranks No. 3 in HIV risk in the nation, according to the Health Testing Centers. The state also has the leading rate of HIV diagnoses with a rate of 30 per 100,000 people. The South, in general, also has high HIV rates. In 2017, the South made up 52 percent of new HIV diagnoses, according to the CDC.
According to Emory University, high rates of HIV are mostly confined to young, black men who have sex with men. An AIDSVu map of Atlanta shows that HIV rates are especially high in southwest Atlanta. This area also has a large black population, according to the New York Times mapping segregation. The reasons for high HIV rates in Atlanta and Georgia have less to do with sexual practices and more to do with access to health care, health insurance, housing, and stigma. In most Georgia counties, more than 14.1 percent of people were living without health insurance in 2016, according to AIDSVu. This includes southern counties, which tend to be rural.
“We focus a lot on cities and we focus in thinking about PrEP for gay man, on the problems of urban gay man, but there’s a whole different set of challenges and barriers for people who are living in places where they also want to feel safe,” said Patrick Sullivan, professor of epidemiology at Emory University’s Rollins School of Public Health. “The reality is that HIV is a major issue and a lot of our southern counties, including our rural ones, are also among the most intense in the country.”
Lack of access to healthcare is a major factor, especially in rural areas.
“I think that outside of Atlanta you’re also going to have a lack of resources for people to access. In Atlanta, you may be able to go and get tested, go and get treatment at places, but not that may not be available outside of Atlanta in rural areas,” said Eric Paulk, deputy director of Georgia Equality.
Location of services and transportation also play a role for those seeking care or wishing to seek preventative services such as pre-exposure prophylaxis (PrEP). Most gay or bisexual men in southern Georgia have to travel at least one hour to a clinic in order to receive care, Sullivan said. According to ADISVu maps, in southern Georgia, there are fewer clinics that provide PrEP than there are clinics that provide HIV testing and care.
Sullivan said that a study was done for people living with HIV that examined where people live relative to a care facility and public transportation. The study found that the farther away someone lives from their care facility or the longer commute they have is associated with missing medical visits.
“If we really are saying like your health is important and PrEP is a critical tool, then we have to be able to meet people where they are. It’s not equitable or optimal to tell people know that they would need to drive this kind of distance to get care,” Sullivan added.
Housing is another factor that contributes to HIV rates, especially the ability for people to continue treatment.
“It also impacts people’s ability to stay in the treatment of care. The thought is if you don’t have housing then how can you think about taking your medication on a daily basis. And so, all those non-biomedical things become really important as we try to think about high HIV prevalence rates here in Georgia and across the country,” Paulk said.
Sullivan also said that there are federal programs to help provide housing for people living with HIV but there can be challenges for them to get into housing promptly. This can contribute to the issue of new HIV diagnoses. Stigma also affects HIV rates in multiple ways, including anti-HIV stigma, anti-LGBTQ stigma, and racism.
“There’s just a concept that when you sit at the intersection of multiple of these stigmatized identities that that’s a really powerful force,” Sullivan said. “Anti-HIV stigma by itself, we know discourages people who are living with HIV from going into places that are recognized as HIV treatment centers to get care.”