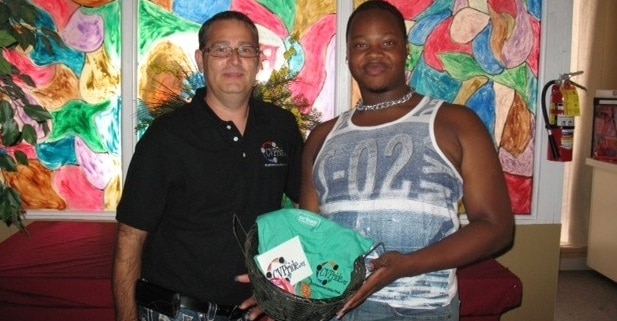 Numerous LGBT Pride fest take place all over Georgia during the summer and fall months and recently Columbus celebrates its Chattahoochee Valley Pride fest on Sept. 13. Despite being around since 2001, however, there are Columbus residents angered that LGBT people would celebrate who they are.

A letter posted in Columbus Ledger-Enquirer on Aug. 25 comes from an angry person who is just dismayed there are gays living in his city and wonders why there isn’t an “Alcoholism Pride” or an “Adultery Pride” or, good grief, a “Pedophilia Pride.”

The letter in full, signed by a Craig Harbin of Columbus:

A dark precedent was set this past June when Mayor Teresa Tomlinson issued a proclamation making June “Gay Pride” month in Columbus.

To add insult to injury, an open “gay pride” concert was held downtown flaunting this aberrant lifestyle choice. As a responsible citizen and grandfather, I am ashamed that our mayor would legitimize this behavior in front of our community, especially our impressionable children. By this proclamation, she has willfully insulted the God-respecting majority of our city who know that homosexuality is unnatural and hurtful. When this behavior is heralded by our elected officials, the upright citizens of Columbus should rise up and make our own proclamation of pride in goodness and purity. If our mayor applauds homosexuality, what counterproductive behavior will be next on the list? Will she proclaim “Alcoholism Pride” month, “Adultery Pride” month or “Pedophilia Pride” month next? I hope not.

Let me say in closing, this is not a matter of hatred toward anyone, but it is a summons to return to the values of faith and responsibility which used to be very evident in our city. Our Mayor should commend right behavior and discourage the wrong, not vice versa. I call on the readers to let Mayor Tomlinson know we do not want a repeat of this “gay pride” proclamation in 2015.

Well, Mr. Harbin, this absolutely does sound like hate. I mean, really. And you’re probably not going to be too happy  to learn that a new LGBT Community Center recently opened in Columbus as well.

UPDATE: Good news, it seems. The LGBT community and its supporters are denouncing Mr. Harbin’s comments overwhelmingly in the comment section of the Letters to the Editor of the Ledger-Enquirer and also on the newspaper’s Facebook page. (Click on the “Likes” section of the embedded Facebook post to read the ongoing discussion.)