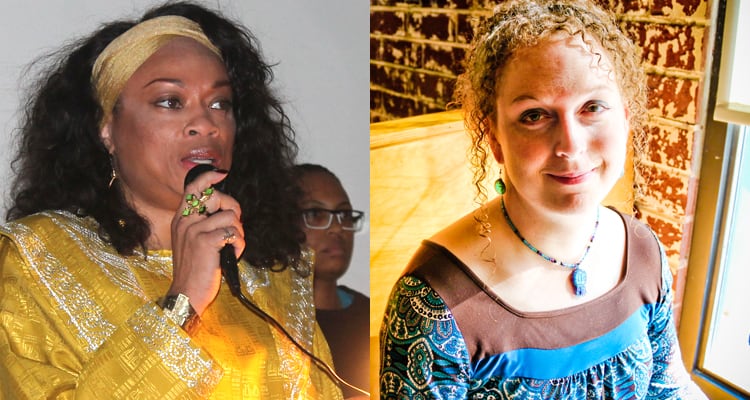 It’s been shown that lesbian, gay and bisexual people are much more likely to end up homeless than their straight counterparts, but it can be even worse for the transgender community. A joint study by the National Center for Transgender Equality and the National Gay and Lesbian Task Force showed that one in five of the over 6,000 respondents had been denied housing because they were transgender or gender nonconforming. One in ten had been evicted for the same reason.

That, coupled with discrimination in employment and other factors, can lead them to wind up homeless, where the abuse continues. “We know from experience that Atlanta’s no different, that there’s a lot of hostility,” says transgender activist Jamie Roberts. “They don’t respect the dignity of trans folks, they’re constantly misgendering them, requiring them to change their clothes, they’re offering only housing that’s consistent with the gender they were assigned at birth.”

That’s why in 2014, Roberts and other activists started Trans Housing Atlanta, a nonprofit organization whose mission is to provide safe housing for transgender and gender nonconforming people in the metro Atlanta area. And things are beginning to heat up for the organization, with a fundraiser coming up, plans to conduct a survey on homelessness in Atlanta’s transgender and gender nonconforming community and a goal of procuring a shelter at some point in the future.

Over half harassed at homeless shelters

Trans Housing Atlanta not only aims to provide emergency, intermediate and long-term housing and assistance for transgender and gender nonconforming Atlantans, but also to help change the way they are treated once they get there.

According to the national study mentioned above, which was published in 2011, nearly one in three reported being turned away from homeless shelters, and if they got in, 42 percent were forced to stay in facilities designated for the wrong gender. A startling 55 percent reported being harassed in shelters, with 25 percent saying they’d been physically assaulted and 22 percent saying they’d been sexually assaulted.

In 2012, the U.S. Department of Housing and Urban Development (HUD) stopped short of mandating a national policy on the issue, instead publishing guidance for treatment of such individuals seeking shelter. But that hasn’t appeared to have much effect.

“It still continues, it’s just utterly ridiculous,” says transgender activist Tracee McDaniel, who serves alongside Roberts and three others on Trans Housing Atlanta’s executive committee. “There are still people who are treating trans people like they really don’t care.”

McDaniel says the organization has been working closely with local shelters, including the Salvation Army, to educate them on the issue and connect transgender and gender nonconforming people with them, and that so far the shelters they’ve worked with have been receptive.

The all-volunteer organization is making final preparations for a fundraiser to be held April 29 at The Mammal Gallery downtown. The Reverse Role Variety Show will include singing, guitar, poetry, dramatic readings, comedy and more as participants compete for cash prizes.

“It’s a space where you can come and perform either as yourself or your alter ego or an alter gender or however you want to be seen and express yourself,” Roberts says. Performers get in free and proceeds from ticket sales will go toward serving the housing needs of Atlanta’s transgender and gender nonconforming community, as well as the needs of friends and allies.

The group is also in the beginning stages of working with Georgia State University to create a survey to gather more information locally about the housing experiences of Atlanta’s transgender and gender nonconforming community. “That helps with data, that helps with getting funding. There’s really just not a lot of statistics as far as trans people and homelessness,” McDaniel says.

And the goal is to eventually open up a shelter of the organization’s own. “It’s designed to be a cooperative housing organization where eventually the members who reside in the house have a vote in the democratic running of the house,” Roberts says. “That’s ultimately our long-term vision is to be a trans housing co-op where it’s trans and gender nonconforming folks and our friends and allies who are providing housing for ourselves.”