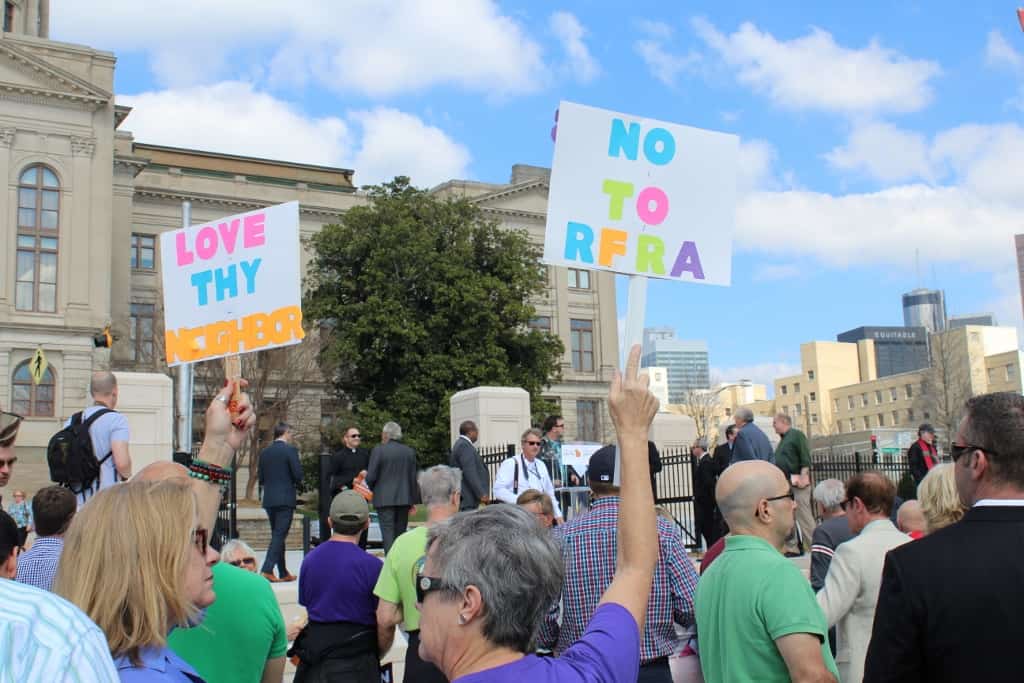 In terms of protective legislation for LGBT individuals, Georgia’s got some room for improvement.

The 2016 State Equality Index, an annual legislative report released today by the Human Rights Campaign Foundation, listed the Peach State in the lowest-rated category: “High Priority to Achieve Basic Equality.” According to a news release from the foundation, Georgia lacks “explicit state-level workplace protections for all LGBTQ employees.”

“State governments have a clear choice between sowing the seeds of division and discrimination or building an economy that works for everyone by fostering fairness and inclusion,” HRC President Chad Griffin said in the release. “Unfortunately, too many lawmakers have decided to target LGBTQ people for state-sanctioned discrimination and to interfere with local protections for workers, customers and residents. Now more than ever, it is crucial that legislators across the country stand on the right side of history and ensure full equality for all their citizens — nothing more and nothing less.”

Georgia, along with the other Southern states, are noted in the lowest-rated category for existing laws, such as those that criminalize HIV and sodomy and laws that allow for religious-based discrimination — though it is important to note that Gov. Nathan Deal vetoed a proposed “religious freedom bill” in Georgia earlier this year. According to the report, Georgia also lacks non-discrimination laws that include sexual orientation and gender identity protections, as well as laws that protect LGBT individuals from hate crimes. Georgia does have anti-cyberbullying laws as well as “good” health data collection, but stands to improve in all other areas, the report shows.

Despite the fact that nearly 30 states fell into the same category as Georgia, the report shows promising progress. Vermont and New York legislatures took steps to protect LGBT youth by banning conversion therapy. Massachusetts expanded its non-discrimination laws to include gender identity in public accommodations. Hawaiians now have an easier road to changing their name and gender on birth certificates and drivers licenses, and Hawaii is one of five states that banned transgender exclusions in health insurance.

“Last year our community faced a barrage of attacks on our freedoms, but we are more united and better prepared than ever to continue our momentum toward equality for all,” Rebecca Issacs, executive director of Equality Federation Institute, said in the news release. “This report serves as an important tool for advocates to keep pushing forward. We’re not going to stop until all LGBTQ people and their families are able to reach their full potential, free from discrimination, no matter what state they live in.”