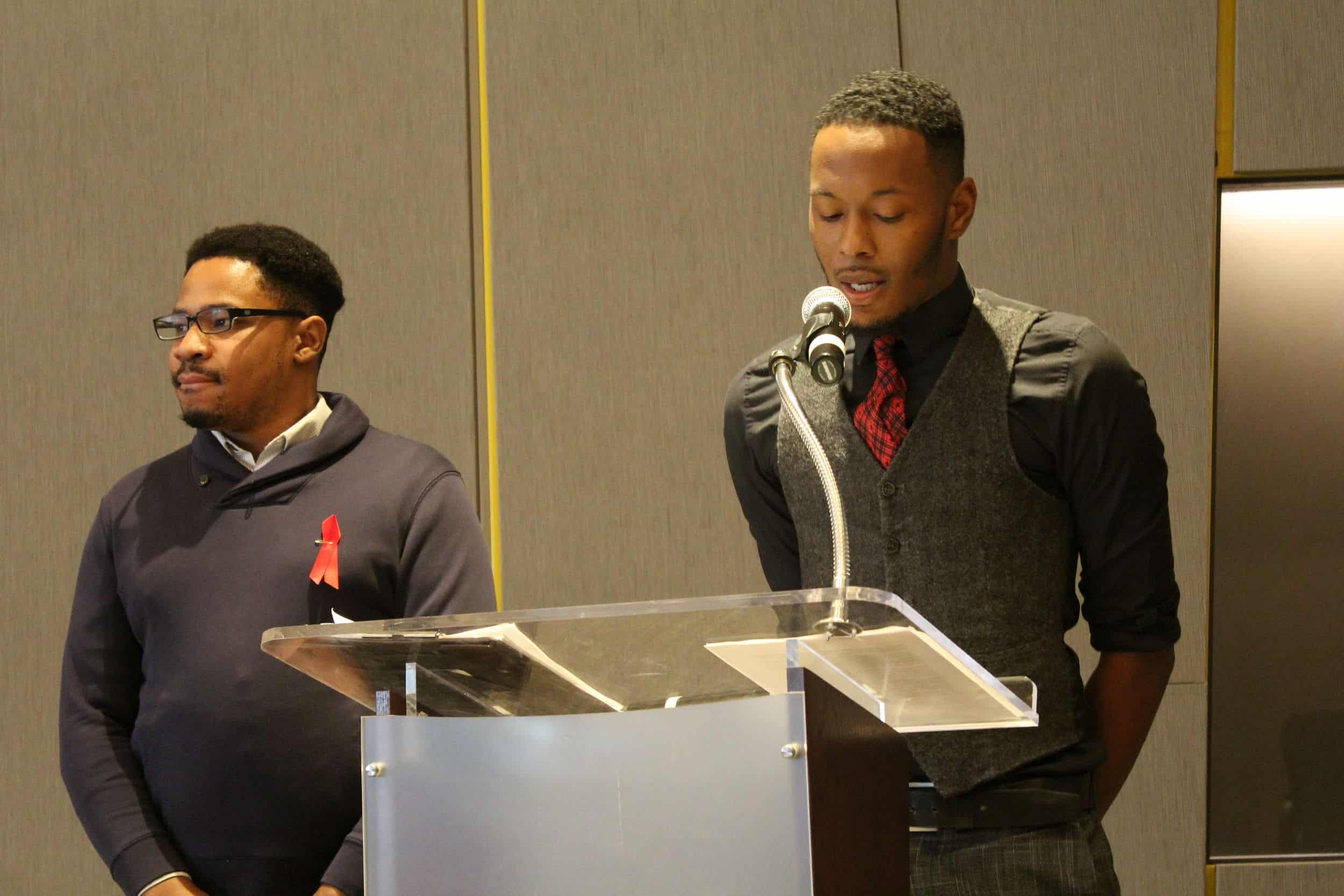 Georgia Equality’s Youth HIV Policy Advisors (YHPA) hosted a World AIDS Day policy and action brunch on Dec. 1 at the Center for Civil and Human Rights, making a case for the link between housing and Atlanta’s HIV crisis and making a series of asks of the many city, county and state officials in attendance.

This marks the fourth year of the YHPA, a program that pairs lawmakers and Atlanta youth living with HIV to work together to fight the city’s HIV epidemic.

Lawmakers are becoming more and more familiar with the troubling HIV rates in Atlanta. The city ranks fifth out of all metropolitan areas in the U.S. in the number of new diagnoses, per the Centers for Disease Control and Prevention.

What they may not have known was the effect that housing has on those numbers, and vice versa. According to the Atlanta Housing Opportunities for Persons with AIDS (HOPWA), it’s estimated that over 17,000 people living with HIV in metro Atlanta will be unstably housed this year, and that number is expected to grow. The National AIDS Housing Coalition says that homelessness is predictive of HIV risk behaviors and that proven HIV prevention strategies have been shown to be less effective with people who are unstably housed. And LGBT youth of color are disproportionately likely to experience homelessness and contract HIV during their lifetimes.

“What these young people are asking for isn’t radical,” said Emily Brown, HIV and education programs director for Georgia Equality. “They’re asking our city officials to see homelessness as the public health crisis that it is. Housing is HIV prevention healthcare for people living with HIV. We won’t end our HIV epidemic without addressing homelessness.”

Among the requests the cohort made of the lawmakers in order to tackle the problem:

“We have a lot of work to do in educating the entire City Council about the importance of housing in our fight against HIV, but the Council president’s engagement as a leader is crucial,” Brown said.

Moore and Wan, who were sitting at the same table, would face each other in a runoff for Atlanta City Council president just days later. But Brown noted that neither Atlanta mayoral candidate (Keisha Lance Bottoms or Mary Norwood) in the Dec. 5 runoff took part in the event.

“We’re facing a general housing crisis in Atlanta, and it’s up to our new mayor working in tandem with council to make sure housing for LGBTQ youth is prioritized and understood in the context of HIV,” she said.

For Myles Mason, becoming a part of the YHPA cohort was a no-brainer.

“Being that I’m [HIV-positive], I felt that it was my duty to spread awareness anyway that I can,” he told Georgia Voice. “I felt that this was a perfect fit to inform others about what people in my situation go through, and what we’re asking from you is to see the humanity.”

Mason was a co-emcee of the World AIDS Day event, and he caught the attention of all in the room toward the end when he brought his grandmother — who raised him — up to the front of the room.

“She just found out recently in the past year that I was HIV-positive and it’s been weighing heavily on her and she basically just asked if there was any assistance for parents and people like her who have a child in this situation,” he said.

It was an emotional moment for Mason and his fellow cohort members.

“For them to see and hear an older person from a generation that basically looked at us and frowned at us and looks at our community as a bunch of wild children, to show some respect for me and my situation and my cohort, it was definitely an inspirational moment for all of us,” he said.

Mason has been paired up with state Sen. Gloria Butler (D-Stone Mountain) and will be meeting with her soon to talk about HIV and homelessness.

He said he’s learned a lot so far by taking part in the program, admitting that he was naive on some issues, specifically homelessness.

“I just assumed a homeless person was someone who lived in a cardboard box, but when you think about it, homelessness is really someone that doesn’t have anything of their own,” he said. “If you can’t provide for yourself or at least get something in your name or have mail come to your house, that evaluates as someone that’s homeless. My goal from here on is to get myself involved with the community to tackle the issue that occurs in this community and become a better advocate and a better person more importantly.”