This race is between two incumbents, Rep. Rashad Taylor and Pat Gardner, and has become heated with Taylor alleging anti-gay tactics used against him in the race and Gardner denouncing the alleged tactics, saying she had nothing to do with them. This race will also be decided July 31.

Georgia Equality has not endorsed in this race but the Atlanta Stonewall Democrats endorsed Gardner. The Victory Fund, which only considers openly gay candidates, endorsed Taylor. 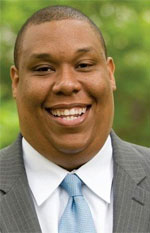 Rep. Rashad Taylor became the first openly gay man in the Georgia General Assembly after coming out at a press conference in May 2011 after the ex-boyfriend of his current partner sent out emails to legislators alleging he is gay and also accusing him of misusing his office. He is the co-founder of a political consulting company and a founder of Atlanta Jobs with Justice.

My hate crimes legislation: This year I introduced fully inclusive legislation to combat hate crimes. I will continue to push for its passage.

My constitutional amendment to raise the minimum wage: Not only is it a social issue to make sure that every Georgian receives a wage that they can live off of, it is an economic stimulus. Raising the minimum wage puts more money in the pockets of the people who have no choice but to spend it, which creates jobs and tax revenue for our government.

Prior to being elected to office, I was a lobbyist for Planned Parenthood. One of my proudest accomplishments was working with Cathy Woolard to defeat a last-minute effort that would have banned the ability of gay individuals to adopt.

As a legislative aide for Sen. Vincent Fort, I rolled up my sleeves and did the necessary groundwork to pass the first hate crimes law in Georgia.

I continue to fight to pass another hate crimes law that includes sexual orientation and gender identity to make sure that all Georgians are protected.

Even before I publicly stated that I am a gay man, I have been an aggressive advocate for equality for LGBT Georgians and Americans. As a legislator, I don’t just vote the right way. I attend rallies, forums and fundraising events that support the cause of equality.

I distribute condoms at my senior citizen living facilities, because of the rise in sexually transmitted diseases among the elderly. I have been active and aggressive in trying to reverse retail policies that don’t have condoms readily accessible for customers, particularly in low-income communities.

As a legislator, I have tried to stand up for what is right, and fair, and just, even against great opposition. Lesbian, gay, bisexual, and transgendered voters should vote for me not because I am gay, but because I have been and will continue to be an aggressive champion for equality. 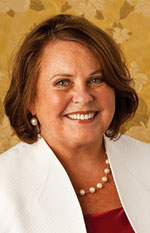 Rep. Pat Gardner has served in the General Assembly for 11 years. She is a former teacher and businesswoman. In her work in the legislature, she has focused on women’s issues, healthcare and public transportation.

Implementation of the Affordable Care Act including a Georgia Health Insurance Exchange to help small business and the expansion of Medicaid to include adults and bring significant federal dollars to our health care system; a regional transit governance structure for the metro area; and the elimination of the state controls on MARTA spending.

This past year I spent significant time with the state public health leadership to ensure that the HIV/AIDS funding went to the groups for which it was intended.

As a member of the Health Appropriations Subcommittee, I actively lobbied my colleagues on the committee to ensure all possible state support for HIV/AIDS funding be made available.

I remain proud of my role in enabling the development of a LGBT Division of the Georgia Psychological Association in my role as executive director albeit quite a few years ago.

LGBT voters need all kinds of advocates for the legal challenges facing the community in the coming years; gay folks and gay friendly folks, advocates across the cultural and racial spectrum, advocates who shout the loudest, and advocates who dig in and find solutions.

My legislative style provides consistency, reliability, determination, and an ability to work persuasively with others toward the goal.